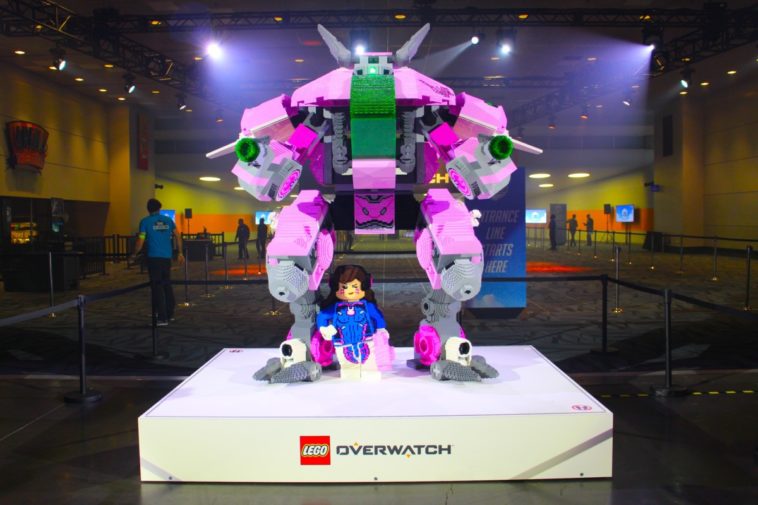 So, it appears LEGO’s 182-piece Bastion set was just the beginning. Today, some three weeks later, the company has revealed a slew of Overwatch-themed LEGO sets featuring some of our favorite characters, locations, and vehicles.

At just $15, the ’Tracer vs. Widowmaker’ set is the most affordable in the collection. According to LEGO, this set “recreates the drone satellite from the Watchpoint: Gibraltar map where Overwatch heroes Tracer and Widowmaker battle for control of the payload.” The 129-piece set features a satellite drone, Tracer and Widowmaker minifigures, as well as Widowmaker’s Widow’s Kiss and Tracer’s twin Pulse Pistols.

Another interesting set to make the cut features D.Va and Reinhardt, two of the games most beloved tank heroes. And while the upcoming LEGO set has D.Va standing at about 5-inches, for promotion, LEGO has rolled out a massive 9-foot replica, currently on display at this weekend’s BlizzCon. Made up of over 145,000-pieces, this half-ton D.Va has roughly 320x more blocks that the 455-piece fan version.

Lastly, at $90, the company’s Watchpoint: Gibraltar set is the most expensive in the collection. Featuring the Overwatch rocket and accompanying launch pad, this 730-piece set is perfect for diehard fans of the franchise. In addition to the rocket, each set includes a Winston ‘big figure’, as well as minifigures of Pharah, Mercy, and Reaper.