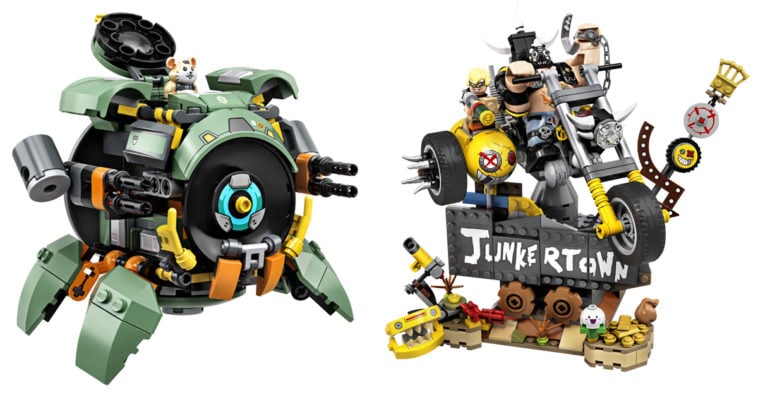 Called the Wrecking Ball set, the first playset is composed of 227 LEGO pieces, and can transform from an iron-clad battle mech into a high-speed epic ball. With Quad Cannons and four extractable limbs that fold out when transforming into the mech toy, LEGO builders and fans of the popular video game will definitely enjoy playing with this instantly recognizable Overwatch character model.

It also includes a figure of Wrecking Ball pilot Hammond the hamster that can pop up from the mech’s cockpit by simply turning a handle.

Unlike the first playset, the second one features two heroes namely Junkrat and Roadhog, who are also known as Overwatch’s iconic crime duo. Roadhog comes as a large, highly-detailed BigFig with his signature weapons chain hook and scrap gun. The Junkrat minifigure, on the other hand, has the character’s iconic peg-leg and his ever-trusty frag launcher.

The 380-piece Junkrat & Roadhog set, which also includes a brick-built Pachimari figure, features a display diorama inspired by the game’s Junkertown map. The diorama comes with a Junkertown sign and a yellow chopper bike that can be played with separately.

With authentic character details, both Overwatch playsets are perfect for display at home or in the office. The Wrecking Ball set will retail for $19.99 while the Junkrat & Roadhog set will sell for $49.99. Both playsets will be available directly from LEGO Stores and shop.LEGO.com starting October 1st.