Fans of the game were overjoyed when Blizzard made the initial unveil at Comic-Con in San Diego a few weeks back. The company had been teasing the possibility of an Overwatch-inspired Nerf gun since May, however, it wasn’t until Comic-Con that they officially announced the two companies would collaborate to recreate Reaper’s infamous shotgun.

A new way to play.

On August 3rd, the company showcased a so-called ‘new challenger’ via Twitter. This particular weapon comes in the form of a bubblegum-pink Light Gun that’s associated with the character D. Va.

These Nerf replicas are produced through the company’s ‘Rival’ line, which are higher-end products made for an older audience than traditional Nerf weapons. In addition to an improved build quality, weapons that make up the Rival line usually shoot a different type of projectile than normal Nerf guns. 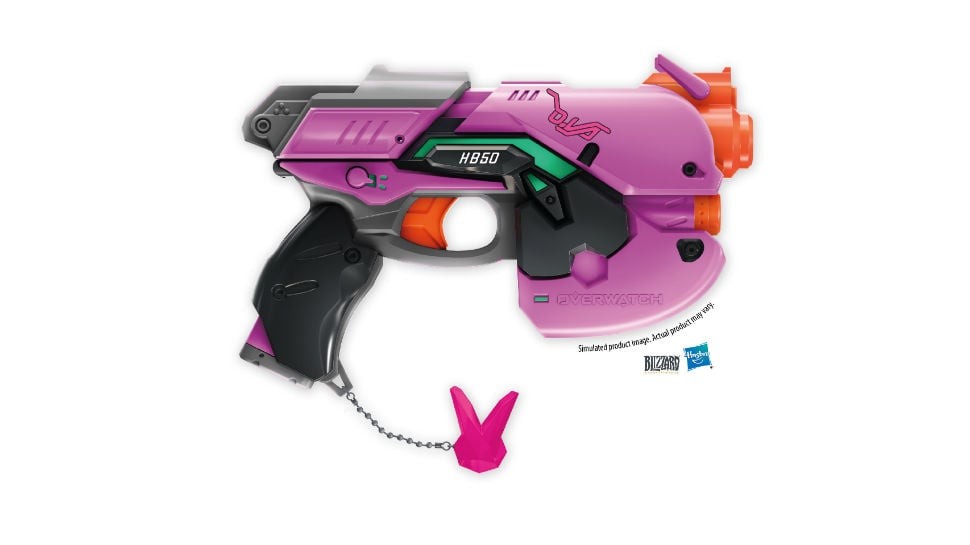 Both the Light Gun and Reaper’s Hellfire Shotgun will fire ‘squishy projectiles’ that are more in line with ‘less aggressive’ paintballs than Nerf’s foam bullets. Sources say the ammunition will feature Overwatch’s official logo and follow the color scheme of the weapon in which it’s associated.

According to Nerdist, Reaper’s shotgun will hold 8 rounds and can fire them at 90 fps. D. Va’s Light Gun holds only 3 round and shoots at a slightly slower 80 fps. Pricing information remains unknown, however, Nerf Rival weapons tend to be priced in the range of $30 to $100 USD.