To mark the 90th anniversary of Mickey Mouse, LEGO is releasing a building set inspired by Steamboat Willie — the 1928 black-and-white animated short film, in which Mickey Mouse made his screen debut.

Affixed on the boat’s deck, the crane is used to lift the potato bin cargo aboard. And when the boat is pushed along, the steam pipes move up and down while the pair of paddle wheels rotates.

While the boat’s bridge can only accommodate one minifigure at a time, it does house a number of nautical elements like a brick-built bell, a life buoy, and the ship’s steering wheel. 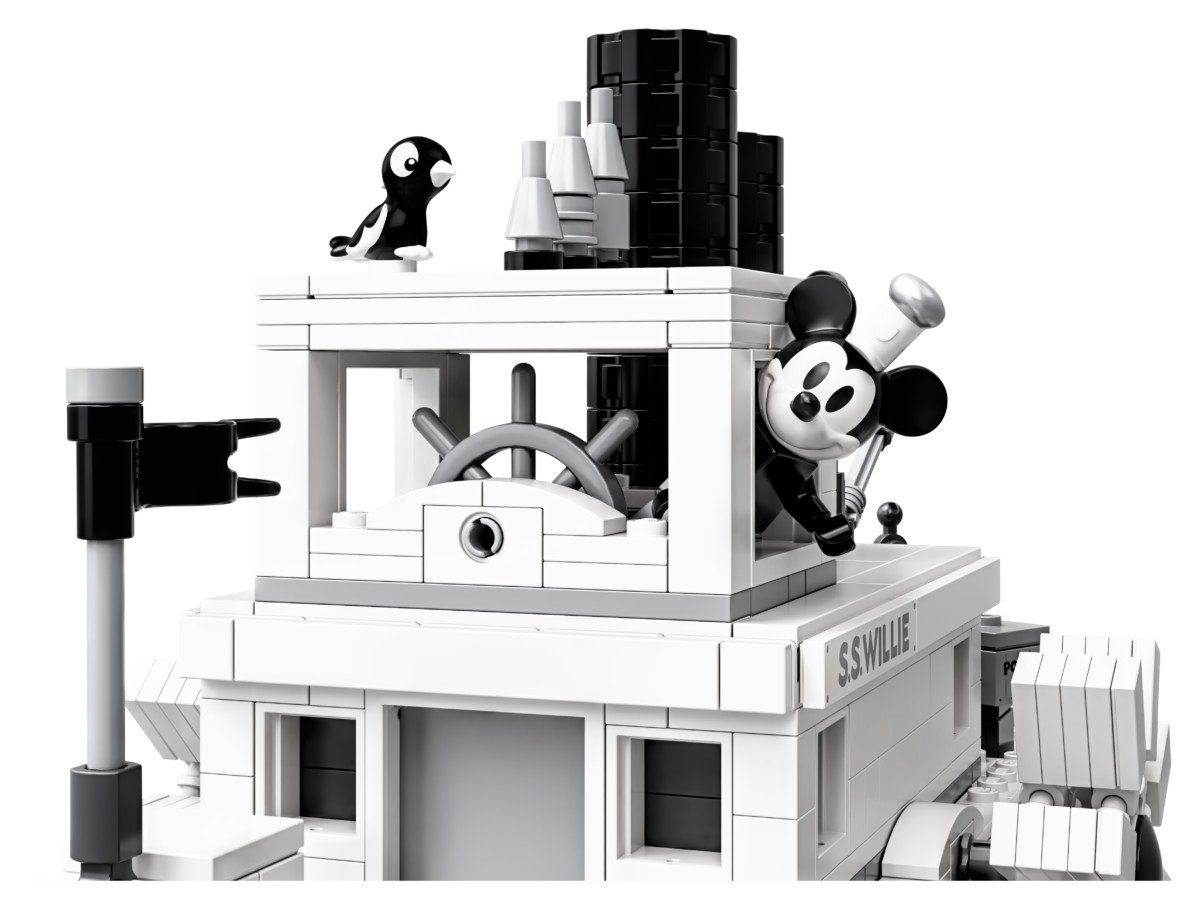 The set also includes Mickey Mouse and Minnie Mouse minifigures, plus a figure of the parrot who memorably laughed at Mickey Mouse in the short film. A guitar and a music sheet are also included in the set. 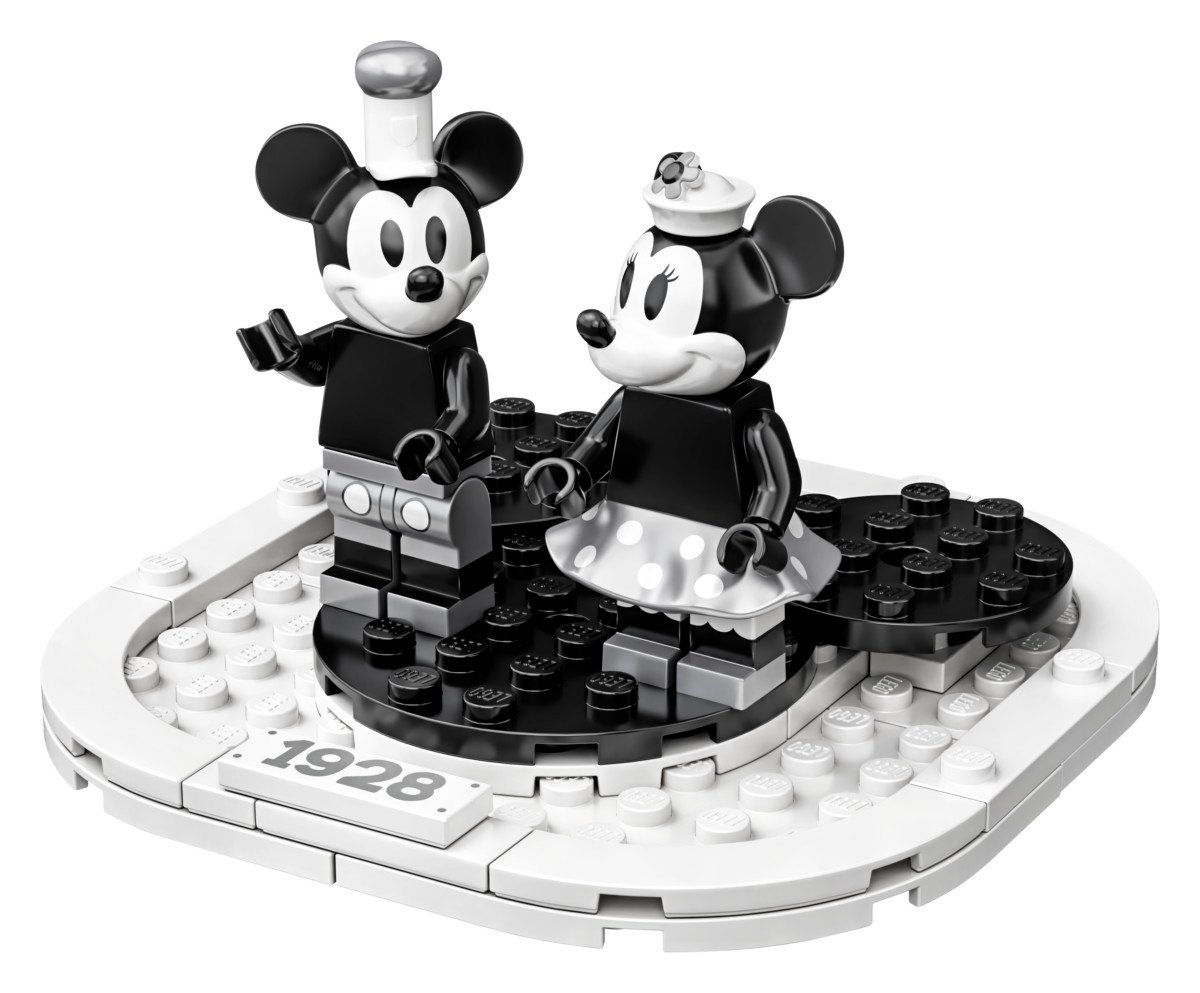 Aside from giving kids and kids at heart the chance of recreating scenes from the film, this striking monochrome model also makes a great display at home or in the office.

The Steamboat Willie set is based on a concept from the LEGO Ideas crowdsourcing platform, in which fans can submit ideas for new LEGO sets. And if they gather enough support, their ideas will be turned into an official LEGO set. 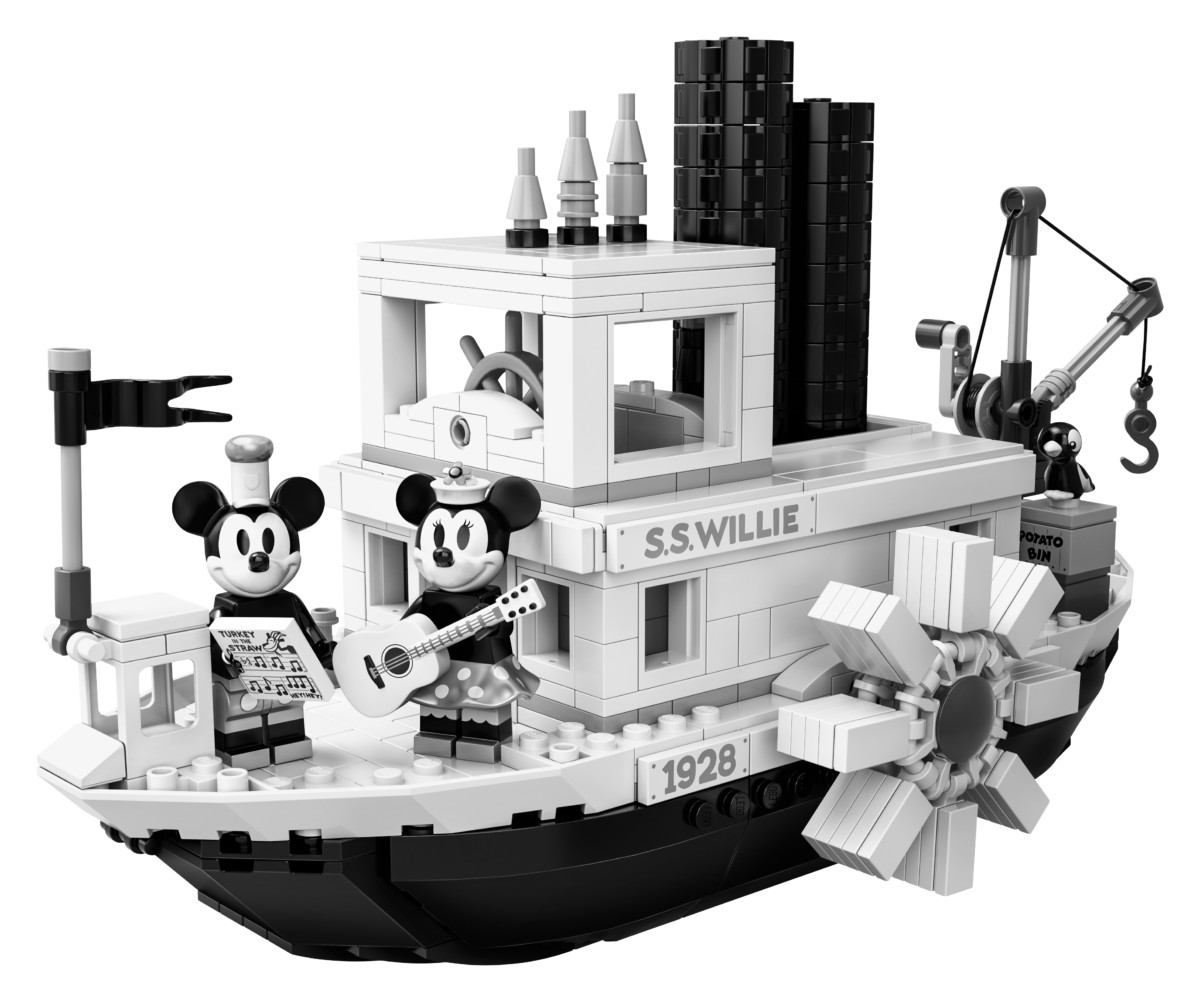 Details about the fan creator of this retro Mickey Mouse LEGO are outlined in a booklet included in the set. The said booklet also includes building instructions and some fun facts about the historic short film.

The Steamboat Willie set will be available directly from LEGO Stores and shop.LEGO.com from April 1st at a price tag of $89.99.