Have you ever wondered what your favorite Netflix original series would look like in brick form? Well, wonder no more, as eight of the most popular shows on the streaming service recently got the LEGO treatment courtesy of TheToyZone.

After choosing one scene from The Crown, Bridgerton, The Witcher, The Queen’s Gambit, Chilling Adventures of Sabrina, Tiger King, Cobra Kai, and Russian Doll, TheToyZone worked with a designer to recreate the scenes using Bricklink’s Studio 2.0 software, which includes a complete library of LEGO bricks and effects.

TheToyZone then debugged the designs using specialized 3D software and added details, including objects missing from Studio 2.0. Once the models were correctly shaped and put in place, TheToyZone used vector design software to add texture to the costumes of the characters. After the images were exported, TheToyZone used photo retouching software to correct the filters, image temperature, contrast, and clarity.

TheToyZone also detailed the number of bricks and the total cost of the LEGO pieces used in each scene to serve as a guide for fans who would like to build them in real life. Check out the digital recreations of the said Netflix original series below: 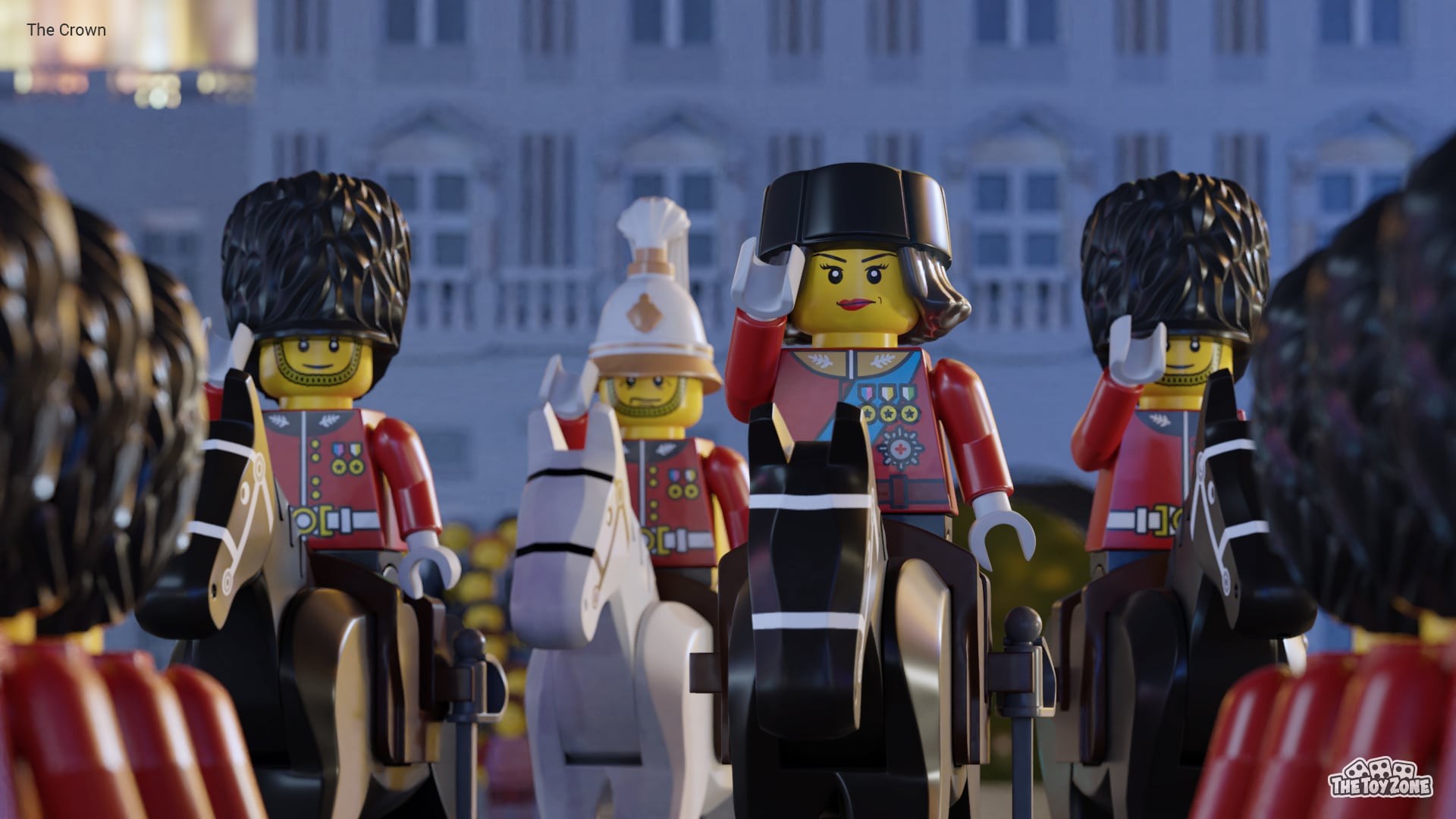 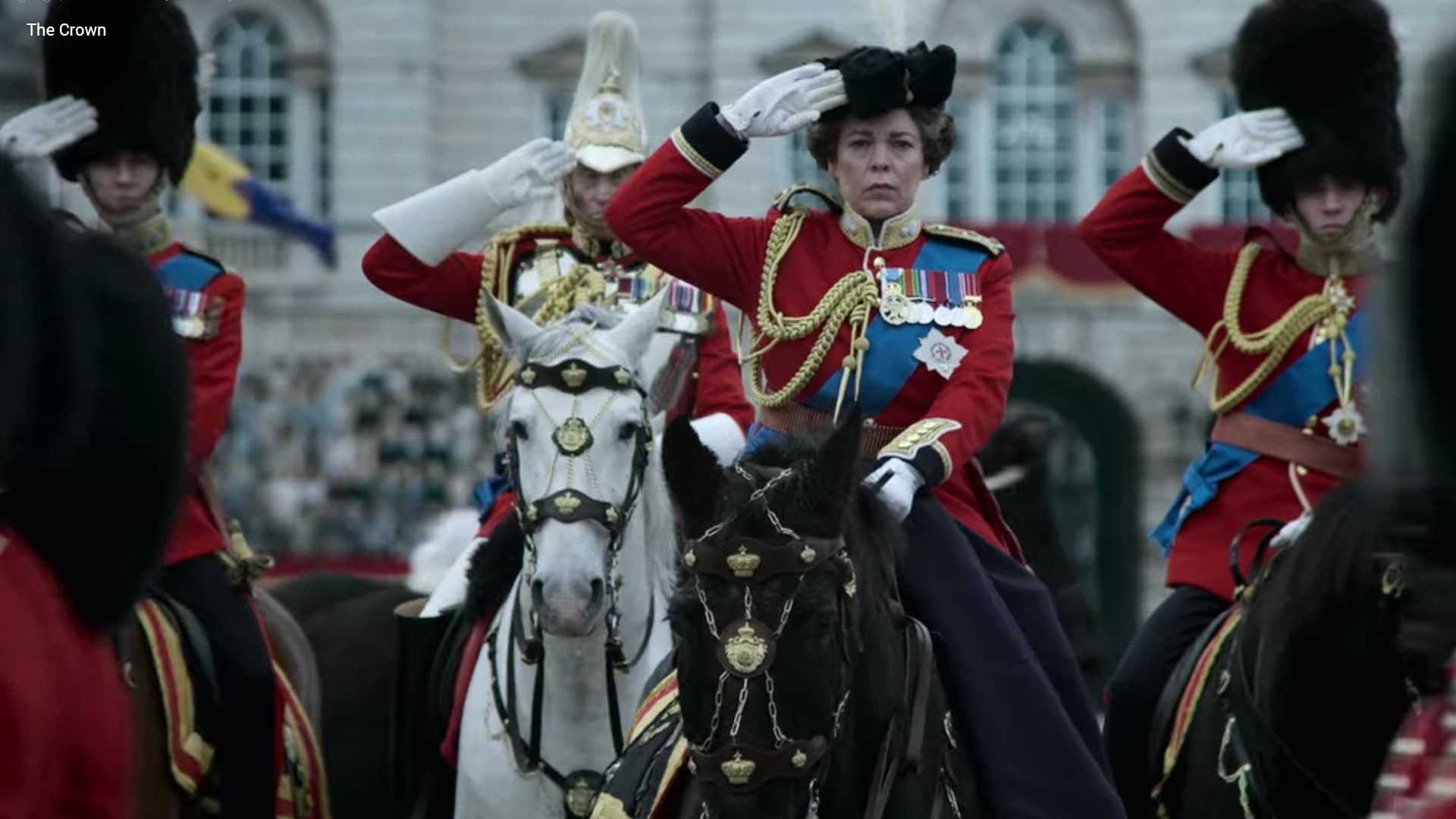 This shot of Olivia Colman’s Queen Elizabeth II is from a scene from The Crown’s season 4 premiere, Gold Stick.

Created by Peter Morgan, The Crown chronicles the reign of Queen Elizabeth II, including her wedding to Prince Philip in 1947, the disintegration of Prince Charles’ marriage to Princess Diana, and many more. The show’s upcoming fifth and sixth seasons, which will close the series, will cover Queen Elizabeth’s reign into the 21st century. 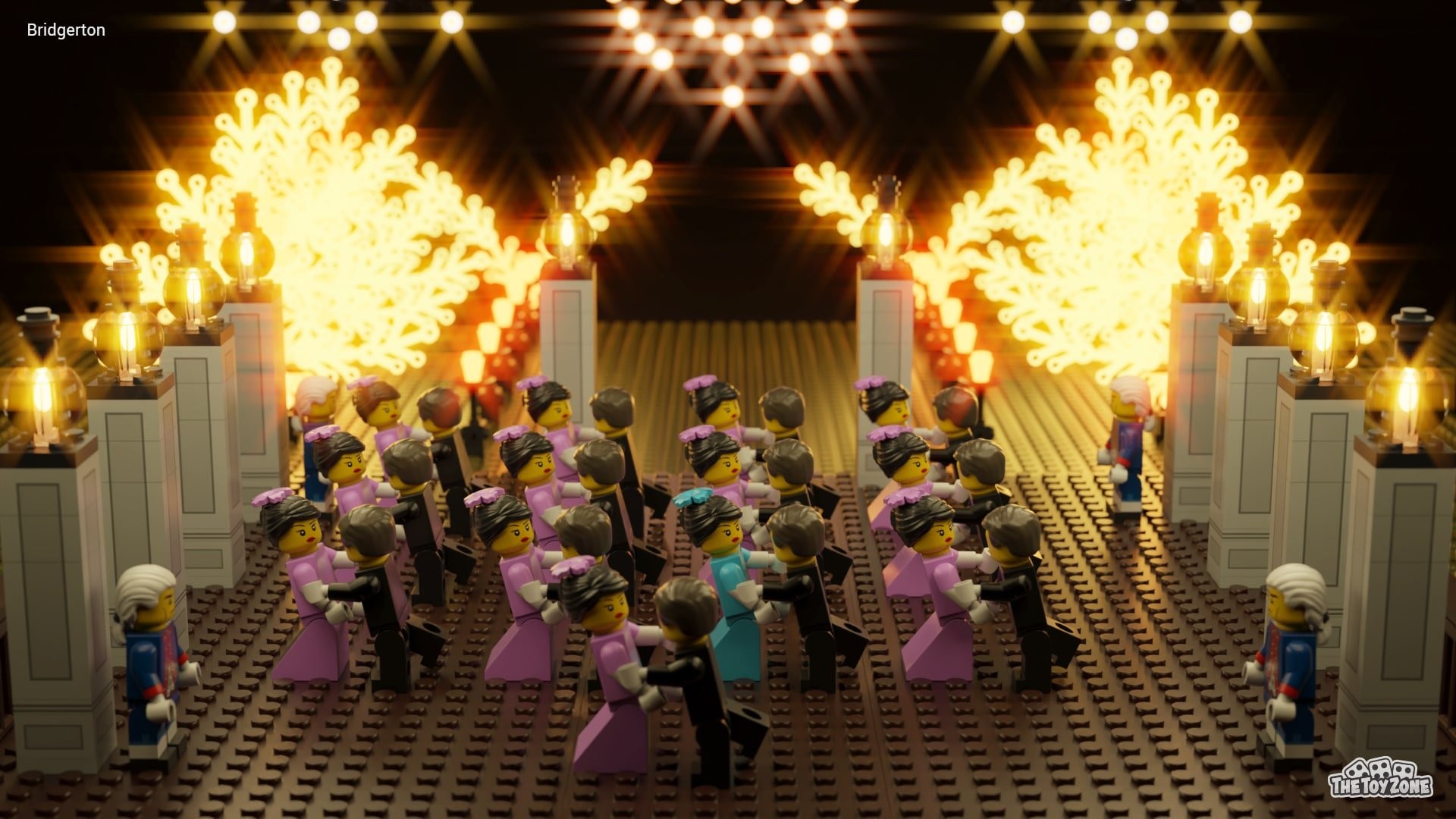 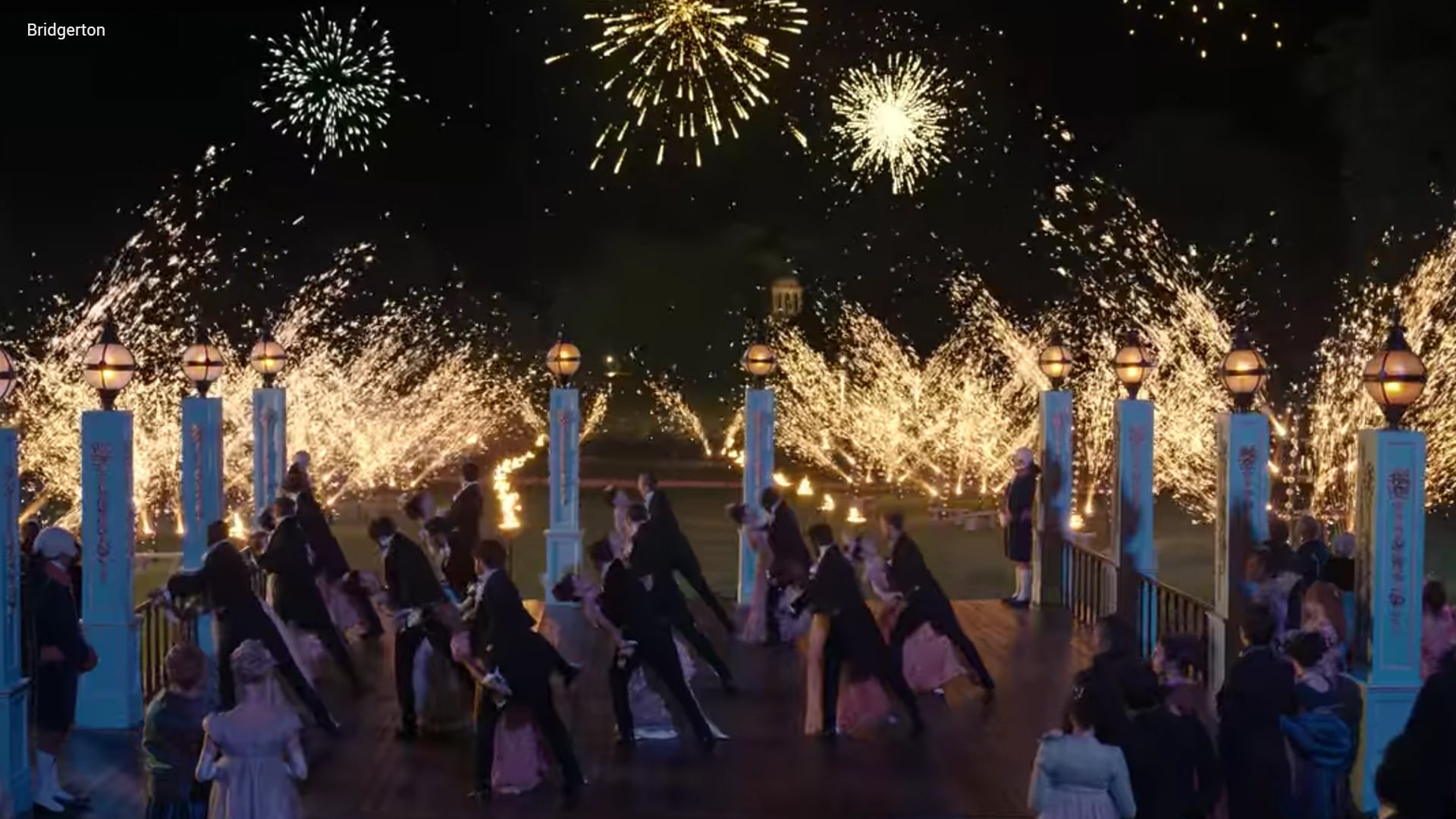 This scene is from the latter part of Bridgerton’s season 1 premiere, titled Diamond of the First Water. It depicts Simon Bassett (Regé-Jean Page) and Daphne Bridgerton (Phoebe Dynevor) rejoining the latest society ball and dancing provocatively to present the illusion that they are an item.

To recreate the fireworks effect in the background, TheToyZone’s designer used illuminated plant leaf pieces and Belville Ice Crystals, which were first seen in LEGO sets like The Royal Crystal Palace and Queen Rose and the Little Prince Charming. 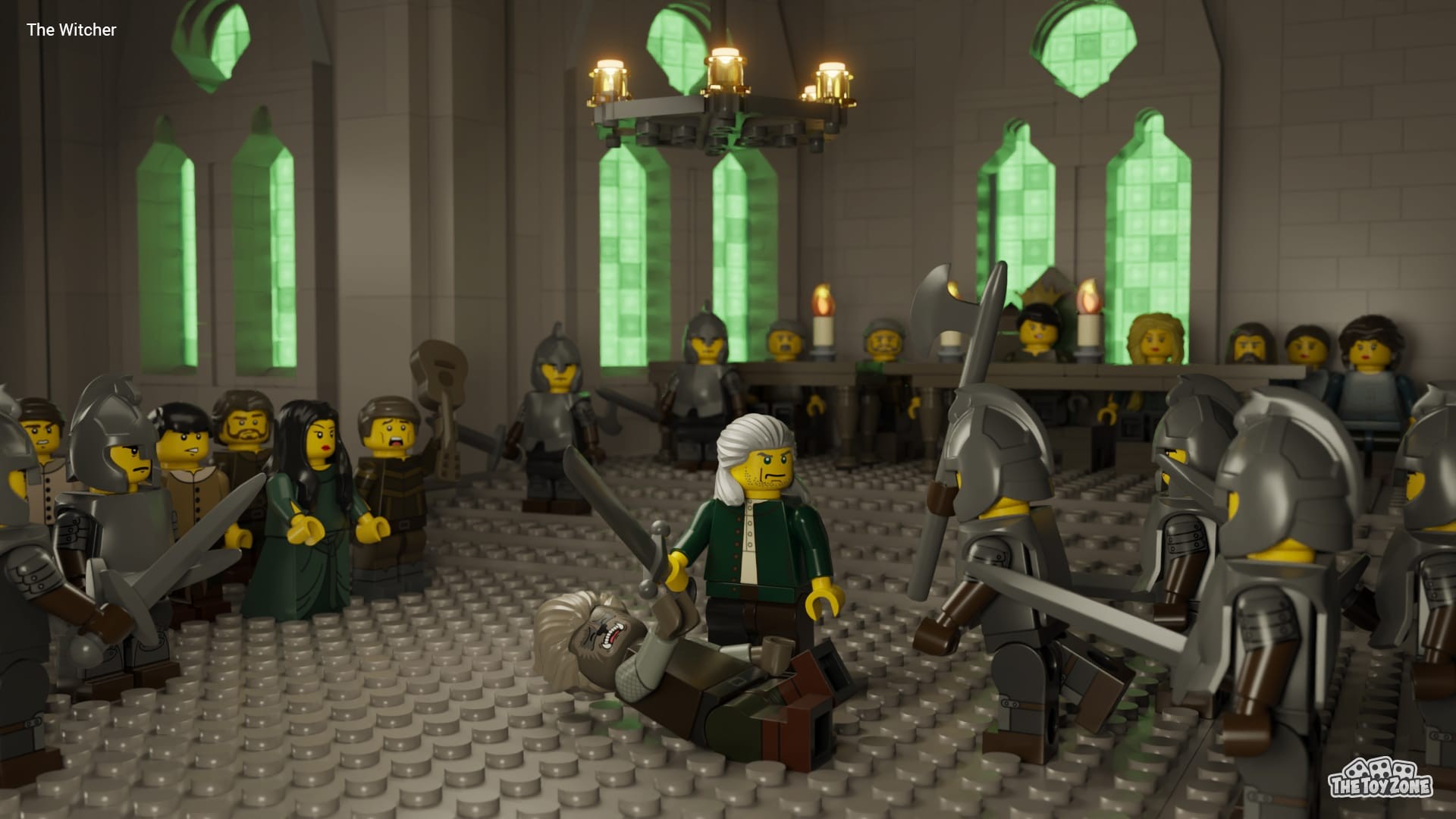 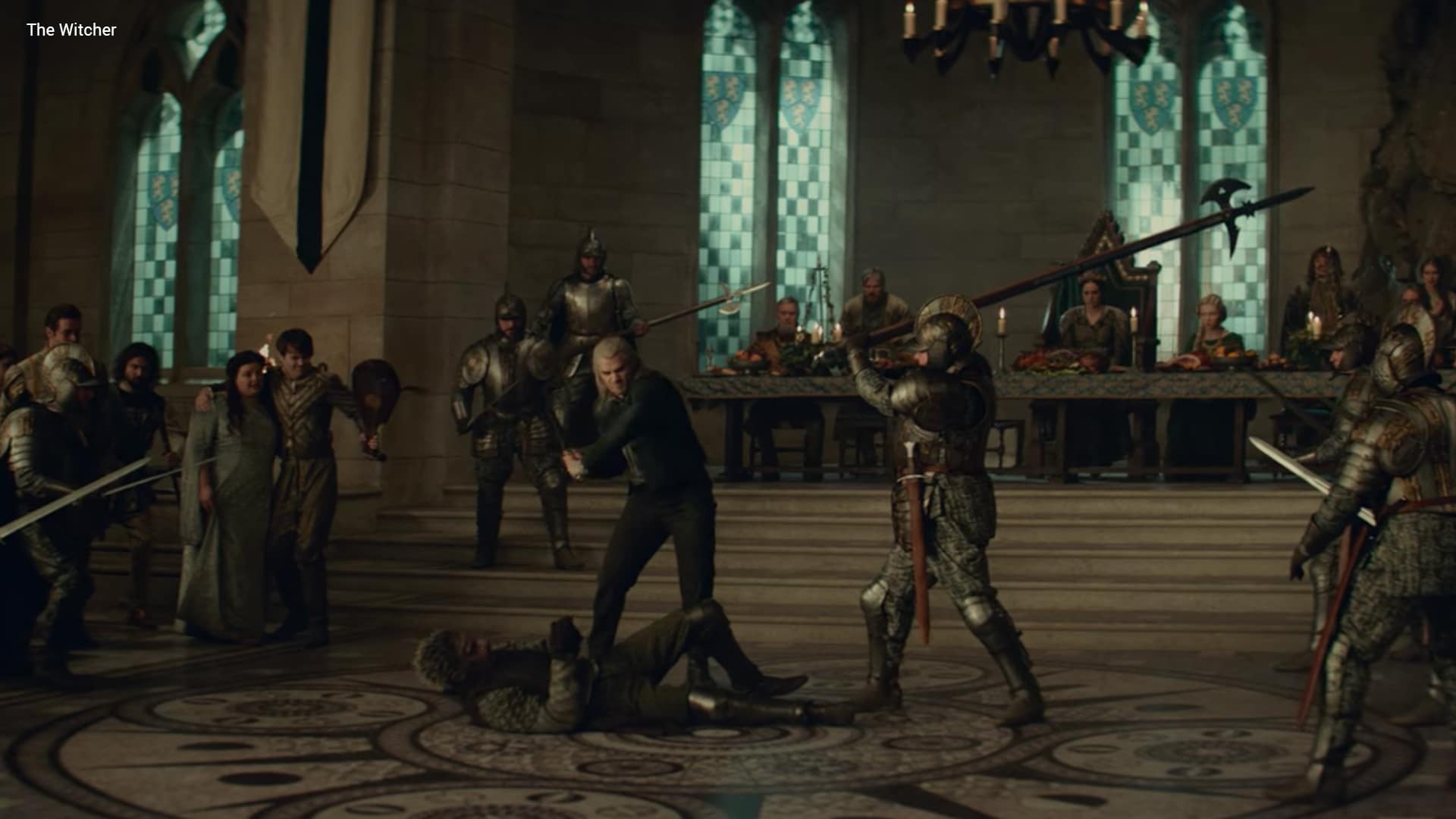 Geralt of Rivia (Henry Cavill), Duny (Bart Edwards), Jaskier (Joey Batey), and Queen Calanthe (Jodhi May) are all LEGO-fied in this digital reimagining of a scene from The Witcher season 1, episode 4, titled Of Banquets, Bastards and Burials. The exact shot shows Geralt of Rivia heroically stepping in to protect Duny from Queen Calanthe’s soldiers.

If you think Duny’s hair look familiar, that’s because it’s originally from the LEGO Batman Movie Collectible Minifigure Series and was simply recolored to Erinaceinae brown. 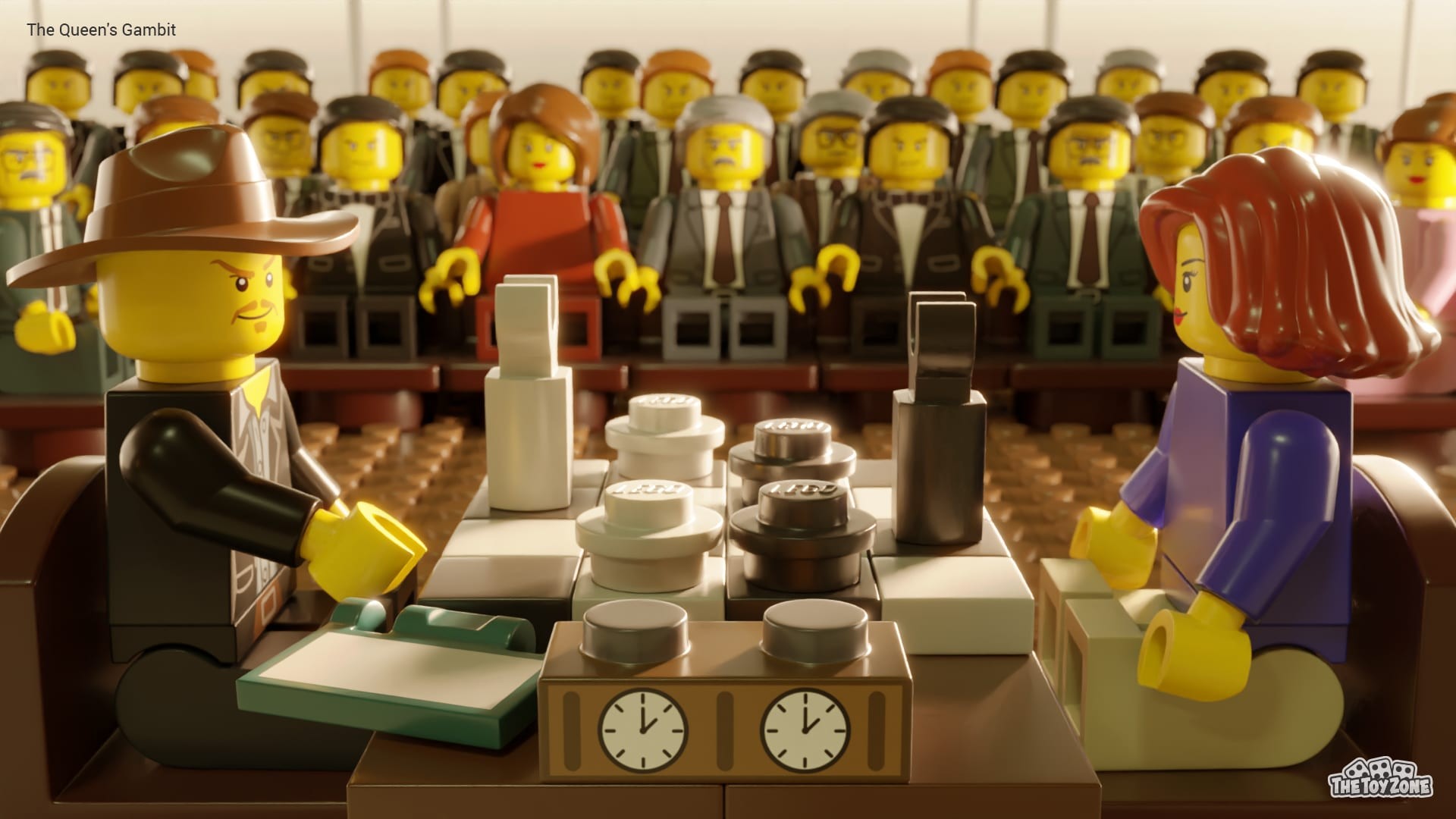 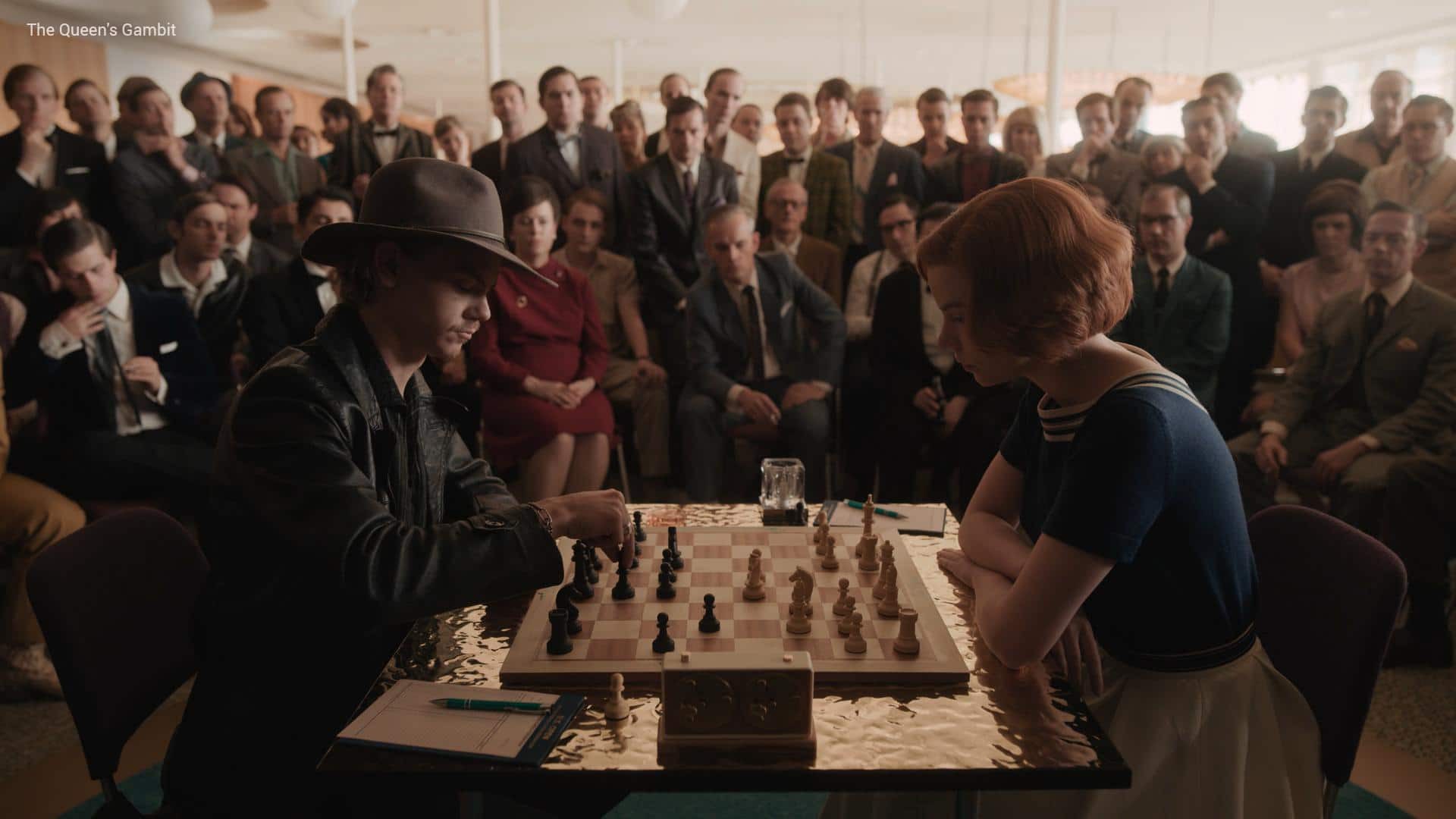 Based on Walter Tevis’ 1983 novel of the same name, The Queen’s Gambit was created for Netflix by Scott Frank and Allan Scott. Beginning in the mid-1950s and proceeding into the 1960s, the seven-episode miniseries follows the life of orphaned chess player, Beth, and her rise to the top of the chess world while struggling with her identity, trauma, drug problems, and alcohol dependency. 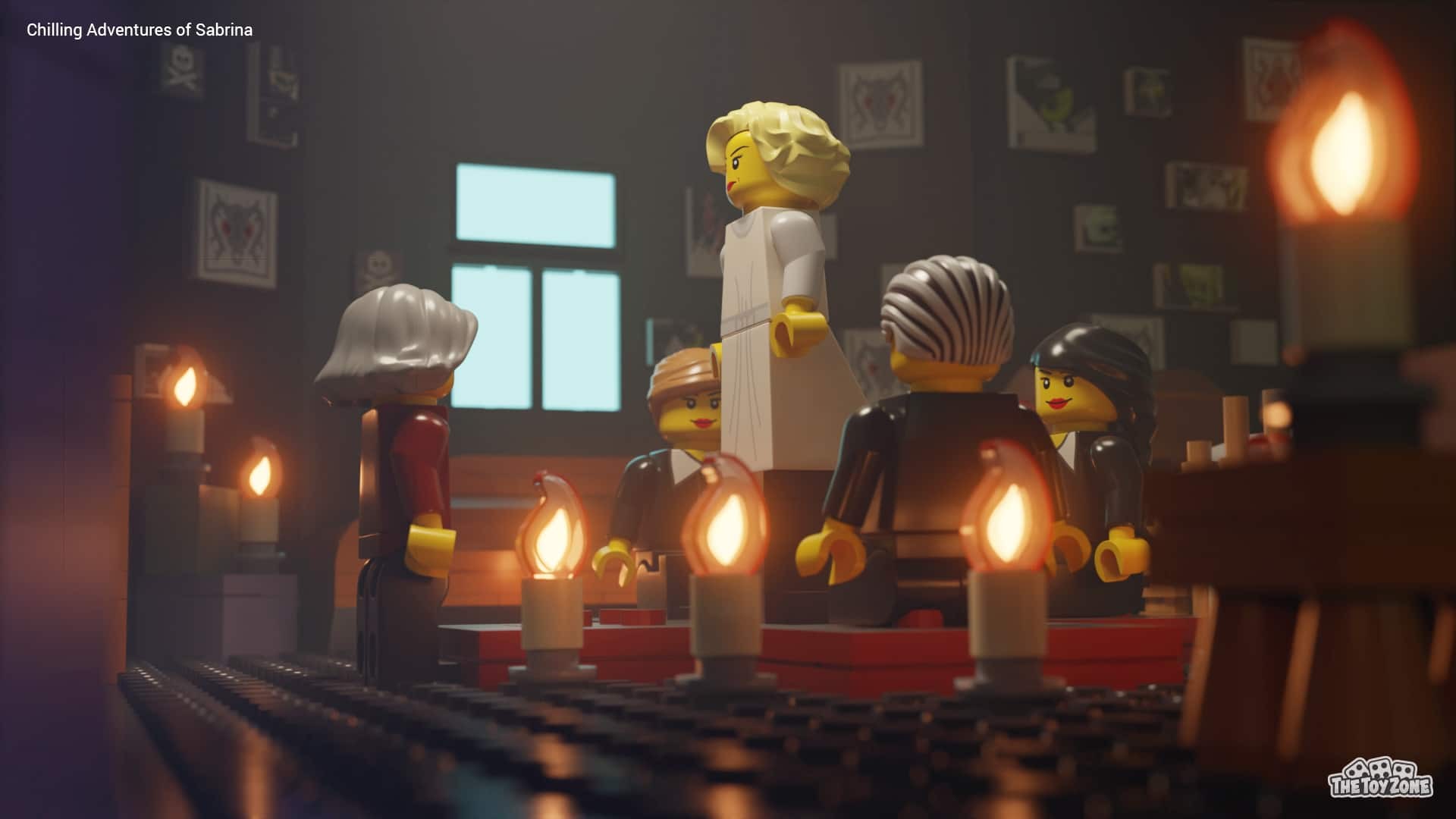 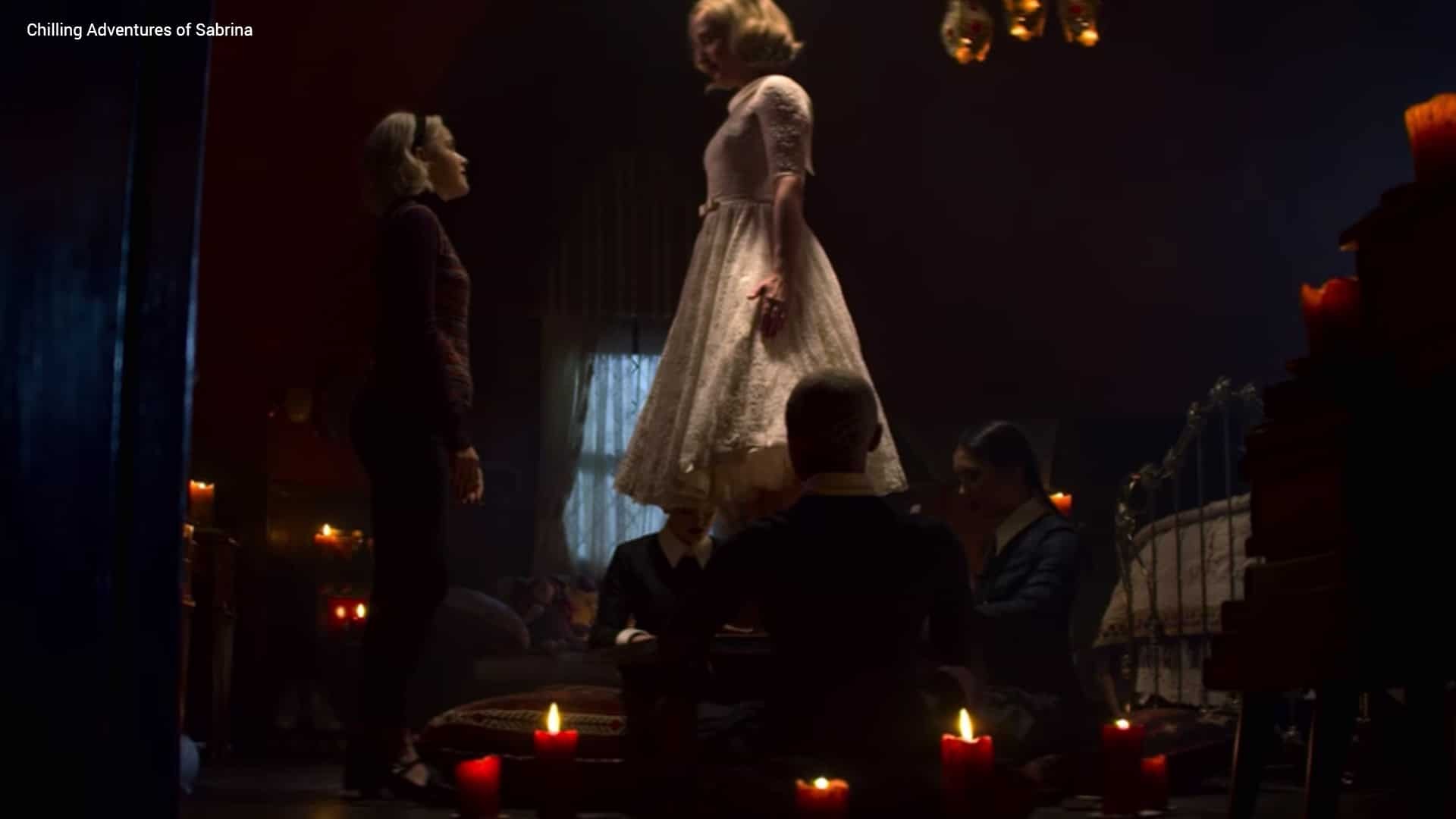 Half-human, half-witch Sabrina (Kiernan Shipka) got the LEGO treatment in this digital artwork that features a scene from Chilling Adventures of Sabrina part 1, episode 11, titled Chapter Eleven: A Midwinter’s Tale. 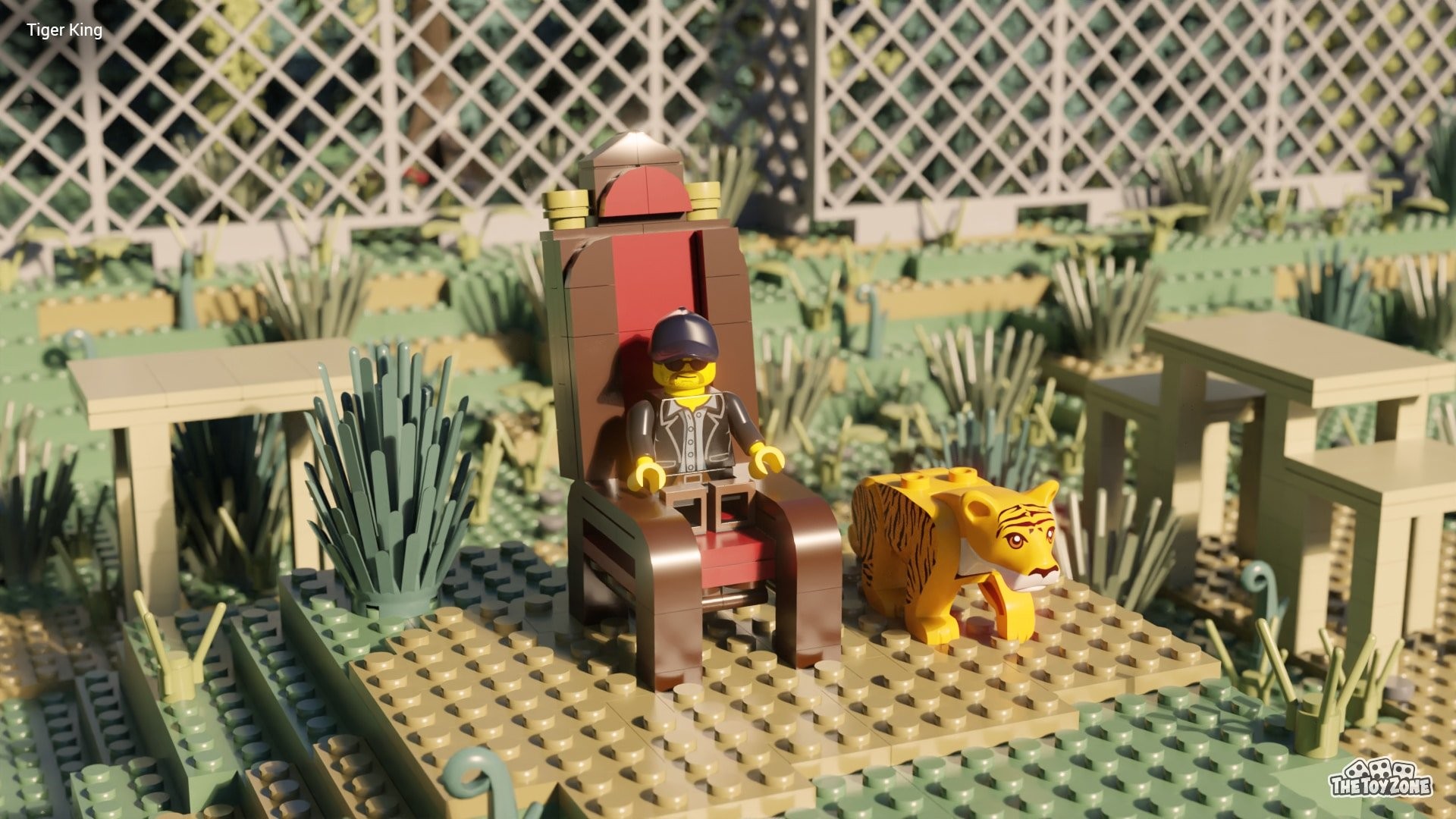 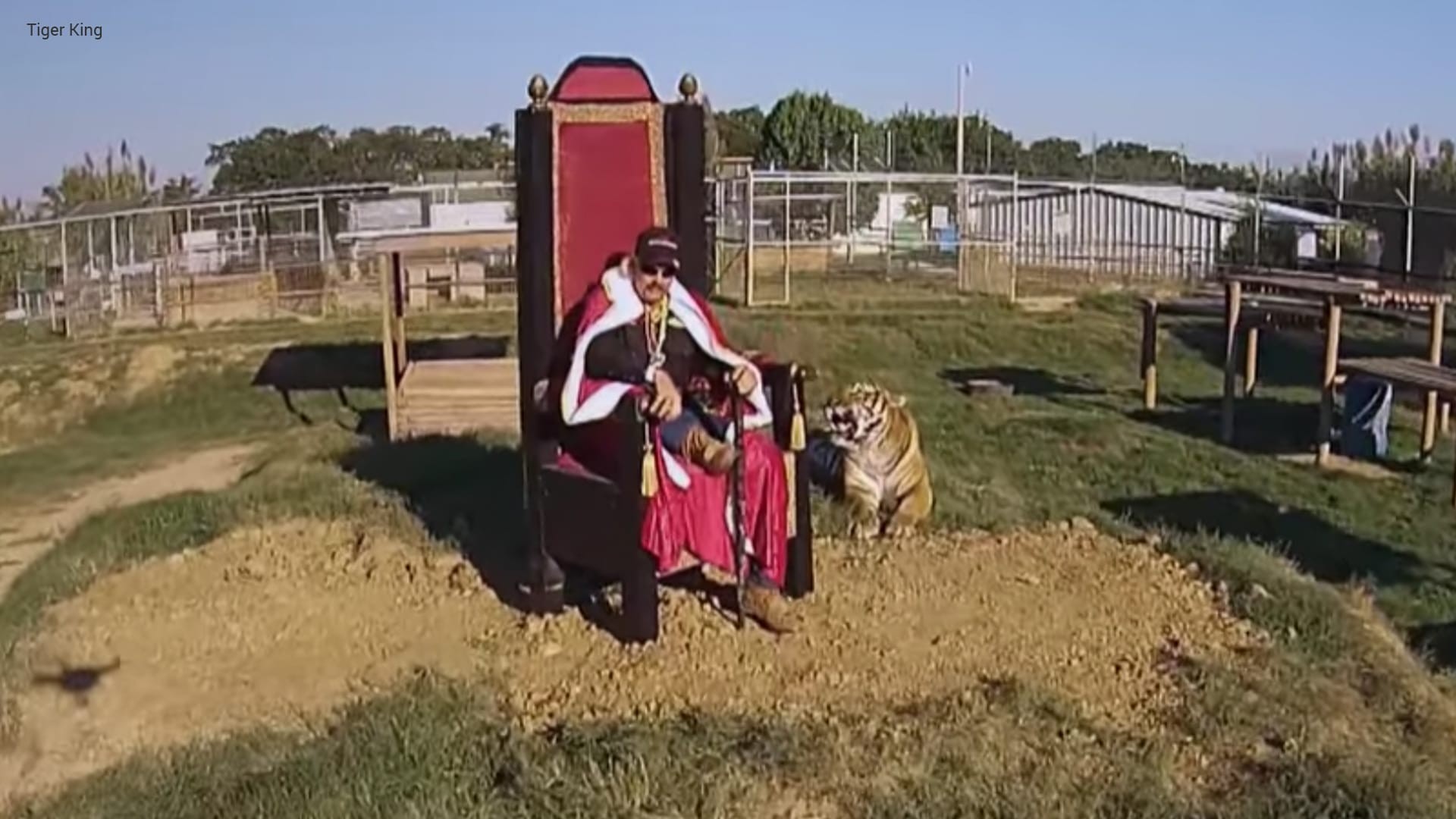 This shot is from Tiger King’s fourth episode, Playing with Fire, in which Joe Exotic ramps up his efforts to become an internet and TV star but a mysterious fire and lawsuit threaten his plan until a surprise investor enters the scene.

TheToyZone pointed out that the throne Exotic is sitting on in the digital reimagining is put together from scratch, as they didn’t find an “out of the box” solution that could capture the majestic piece of furniture. 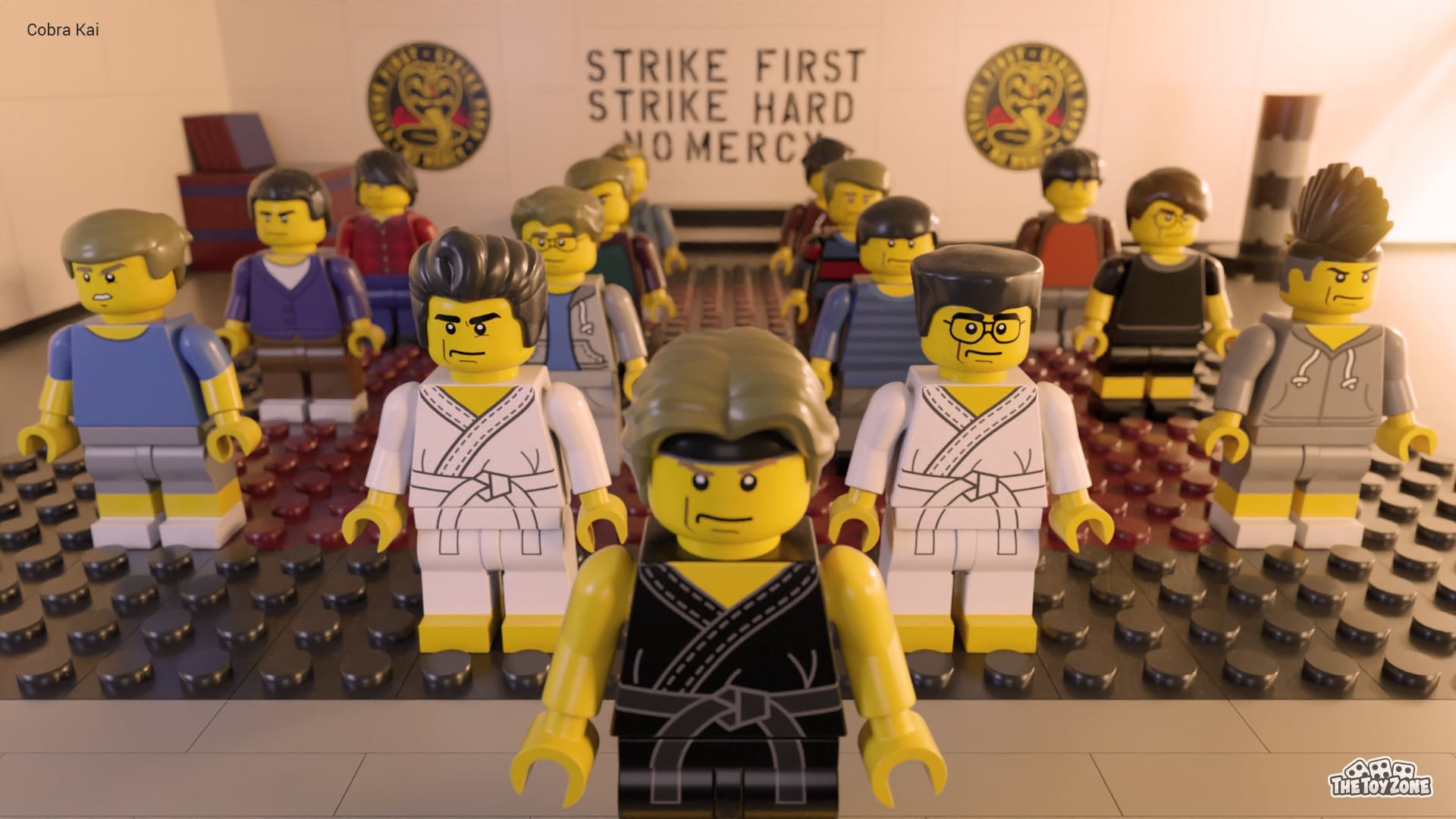 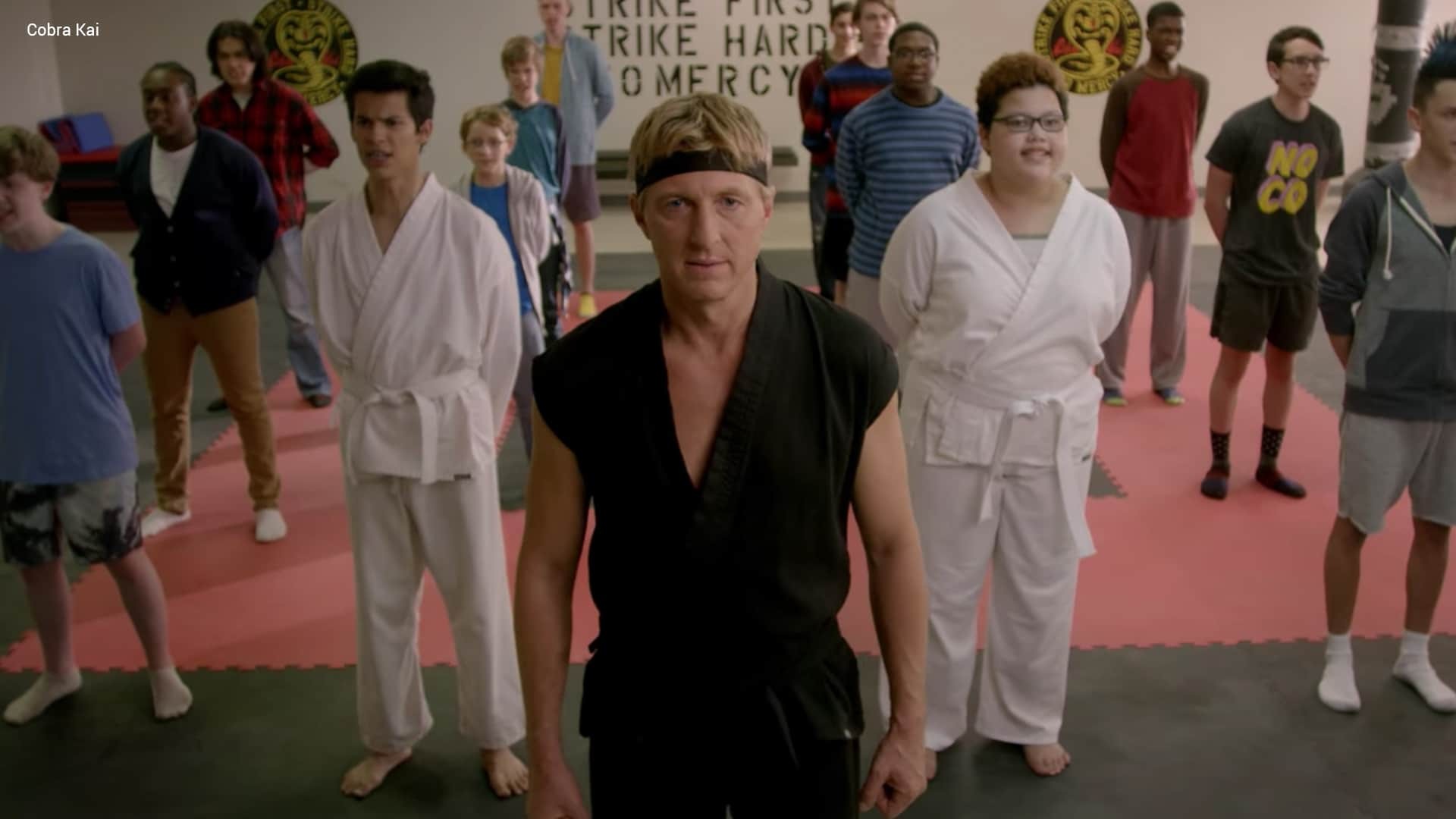 This digital artwork features LEGO versions of Johnny Lawrence (William Zabka) and his karate students at Cobra Kai dojo, including Eli (Jacob Bertrand). It is a reimagining of a scene from season 1, episode 6, Quiver, where Eli debuts his distinctive mohawk haircut.

Originally launched on YouTube Red in 2018, Cobra Kai moved to Netflix after it acquired the rights to stream the series in June 2020 and ordered a third season that was released on the platform last January. A sequel to the 1984 film The Karate Kid, the martial arts comedy-drama series has already been renewed for season 4, which is set to premiere in the fourth quarter of 2021. 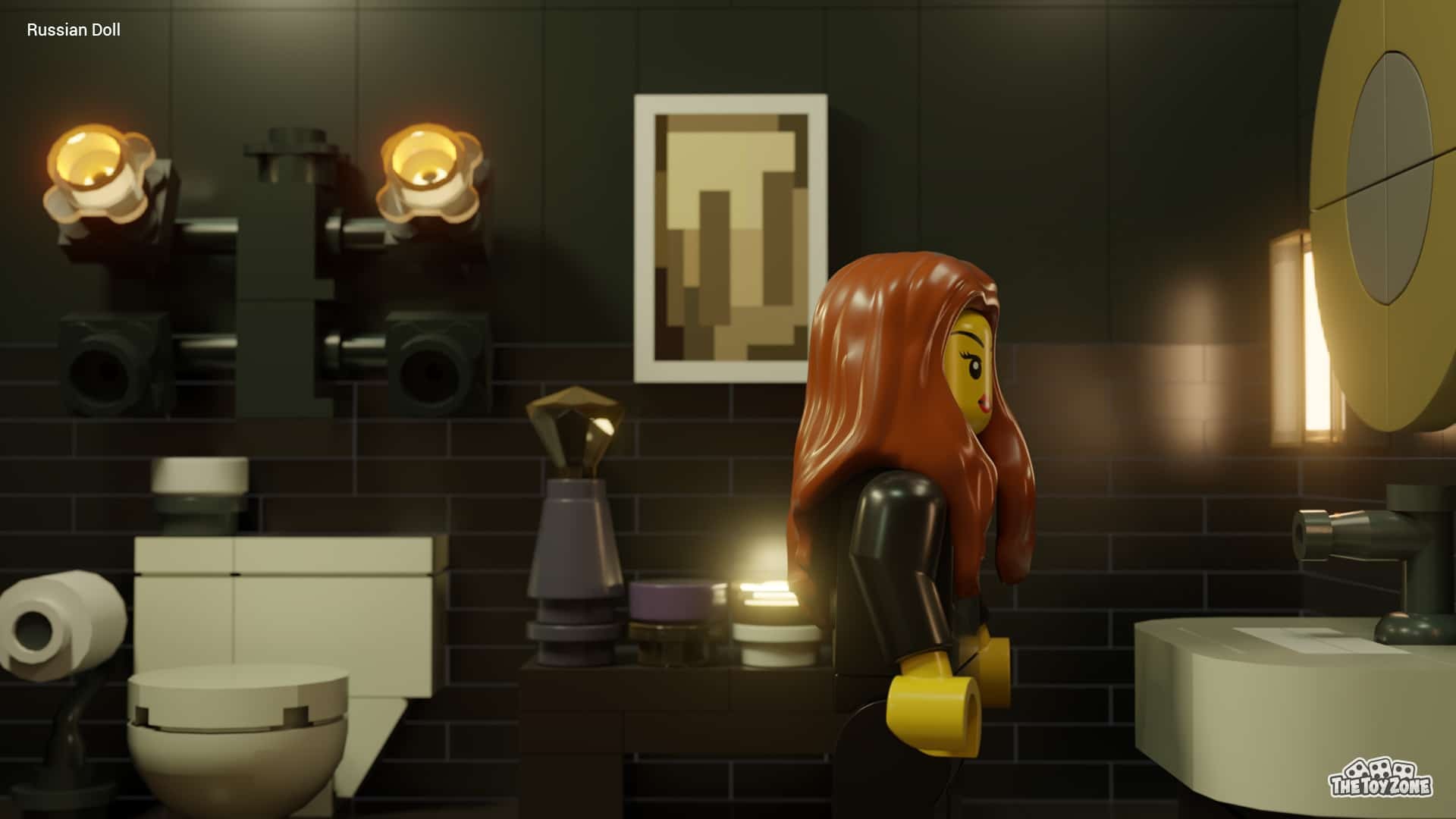 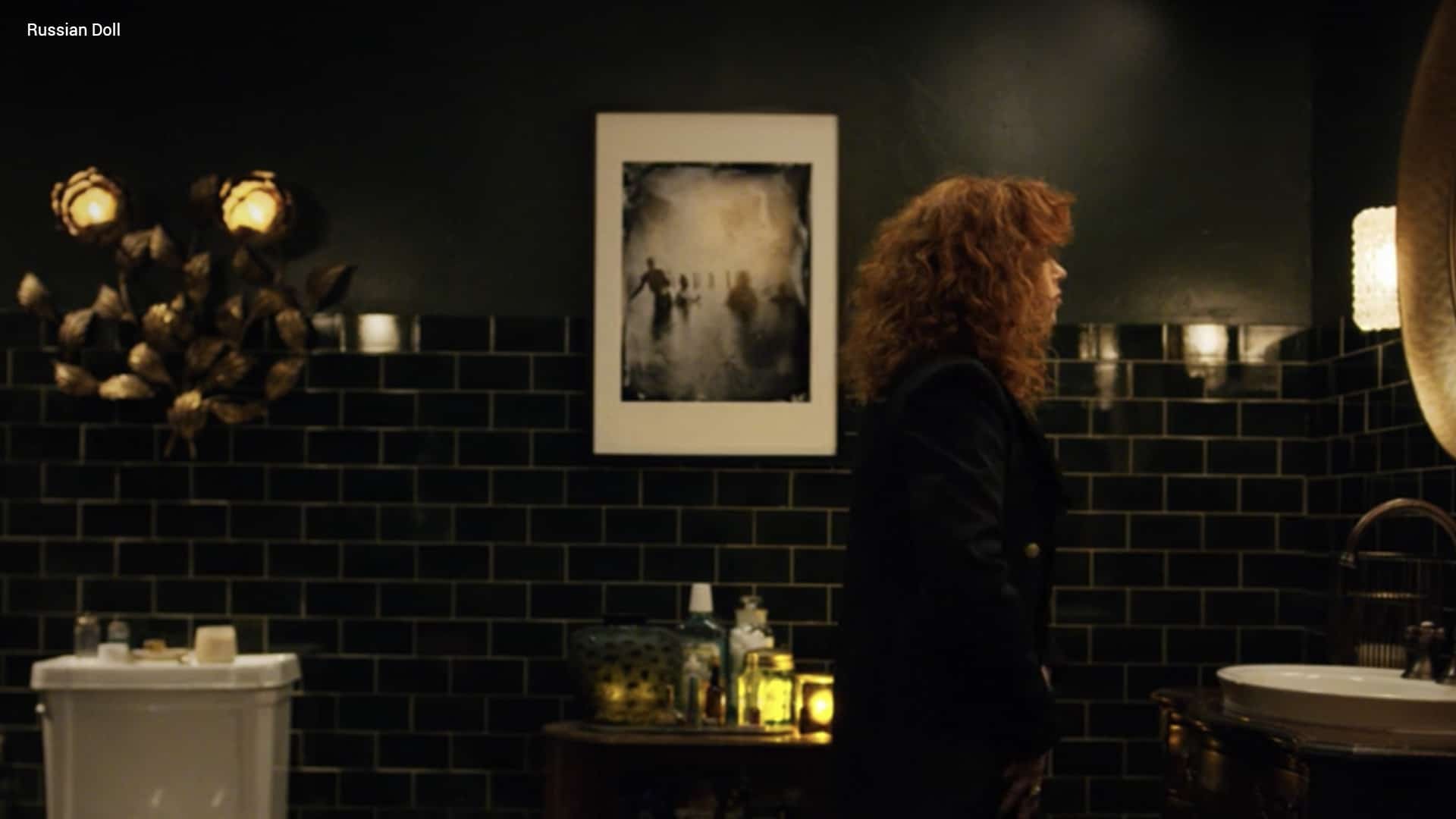 While this shot first appeared in Russian Doll season 1, episode 1, Nothing in this World Is Easy, it’s actually a part of every episode of the show’s freshman run. Co-created by Natasha Lyonne, Amy Poehler, and Leslye Headland, Russian Doll centers on software engineer Nadia Vulvokov (Lyonne) who keeps dying while celebrating her 36th birthday and reliving the same night over and over again, Groundhog Day-style.

Every time that Nadia passes away and comes back to life, she finds herself in her friend Maxine’s (Greta Lee) bathroom, which is beautifully LEGO-fied in this digital reimagining. The eight-episode first season arrived on Netflix in February 2019. Though it’s been over two years since season 1 premiered, a second season was already ordered by Netflix as early as June 2019.