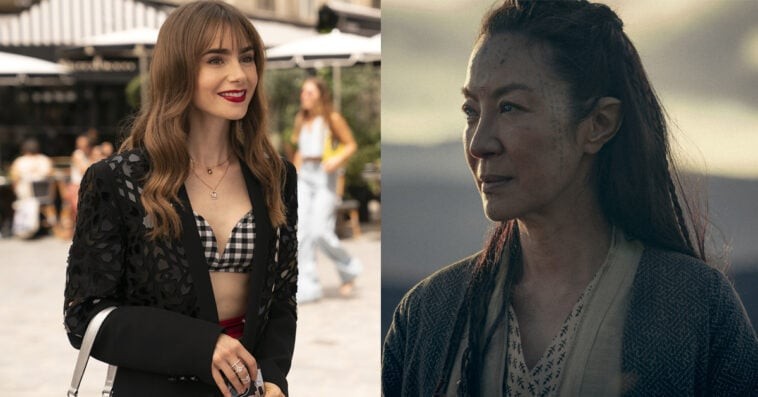 Netflix has unveiled the complete list of new content arriving on the streaming service this December. In celebration of the Yuletide season, the streamer will be dropping a number of Christmas-themed movies next month. But aside from those, some of the platform’s most-watched original series are also set to return for brand-new seasons.

The following are some of the fan-favorite Netflix original series that are coming back to the streaming service for a new batch of fresh episodes after their respective hiatuses.

The first part of the second season of Firefly Lane will premiere on Netflix on December 2nd. In the sophomore run of the drama series, the lifelong friendship of Kate (Sarah Chalke) and Tully (Katherine Heigl) will be tested as the new batch of episodes explores whether a mistake can tear them apart forever.

The second part of Money Heist: Korea – Joint Economic Area will be available to stream on Netflix starting December 9th. The upcoming batch of episodes will start with the thieves overtaking the mint of unified Korea. With hostages trapped inside, the police must stop them — as well as the shadowy mastermind behind it all.

The 10-episode season 3 of Emily in Paris will debut on Netflix on November 21st. Set a year after Emily (Lily Collins) moved to Paris for her dream job, the show’s new batch of episodes will find the titular character at a career and romantic crossroads that will force her to decide where her future lies.

Set to be released on December 22nd, the sophomore run of the hit Japanese series Alice in Borderland will answer whether Arisu (Kento Yamazaki) will ever make it back to the real world now that the games in the post-apocalyptic parallel world he is in have gotten wilder and crueler.

In addition to the returning original series, Netflix’s December 2022 lineup also includes a number of yet-to-be-launched original series. Some of them are as follows:

Months after the successful box-office performance of Jeff Fowler’s Sonic the Hedgehog 2, SEGA is expanding the Sonic franchise with the Netflix original series Sonic Prime. Set to premiere on December 15th, the animated series follows Sonic as he races through parallel dimensions to reconnect with his friends and save the world after an explosive battle with Dr. Eggman shatters the universe.

The spy-adventure series The Recruit is set to come out on Netflix on December 16th. Created by Alexi Hawley, the show follows Owen Hendricks (Noah Centineo), a fledgling lawyer at the CIA who becomes enmeshed in dangerous international power politics when a former asset threatens to expose the nature of her long-term relationship with the agency unless they exonerate her of a serious crime.

Set 1,200 years before the events of the original The Witcher series, The Witcher: Blood Origin depicts the creation of the first Witcher, as well as the events leading to the Conjunction of the Spheres. Set to be released on December 25th on Netflix, the prequel miniseries follows seven outcasts in the elven world who unite in a blood quest against an unstoppable power. The show will also explore the ancient Elven civilization before its demise.

Aside from new TV series, Netflix is also adding a variety of new original films to its library next month. These include:

Dropping on Netflix on December 2nd, Lady Chatterley’s Lover tells the story of Lady Chatterley (Emma Corrin), an unhappily married aristocrat who begins a torrid affair and falls deeply in love with the gamekeeper (Jack O’Connell) on her husband’s country estate.

Guillermo del Toro’s Pinocchio will make its streaming debut on Netflix on December 9th. The stunning stop-motion musical is a retelling of the famous Italian Carlo Collodi fairytale about a wooden puppet who comes to life and dreams of becoming a real boy takes place in 1930s Fascist Italy. But when Pinocchio comes to life, he turns out not to be a nice boy but instead the opposite, causing mischief and playing mean tricks. Pinocchio is described as “a story of love and disobedience” as the titular character struggles to live up to his father’s expectations, learning the true meaning of life.

Glass Onion: A Knives Out Mystery

Glass Onion: A Knives Out Mystery will be available to stream on Netflix starting December 23rd. Starring Daniel Craig in the lead role of Detective Benoit Blanc, the upcoming movie is a sequel to the 2019 film Knives Out. In the new film, Blanc travels to Greece to peel back the layers of a mystery involving a new cast of colorful suspects.

Dropping on Netflix on Christmas Day is Roald Dahl’s Matilda the Musical. A film adaptation of Matilda the Musical, the movie centers on Matilda Wormwood (Alisha Weir), an extraordinary girl with a sharp mind and a vivid imagination who takes a daring stand to change her story — with miraculous results.

Watch the video below to find out more shows, films, and specials coming to Netflix this December: