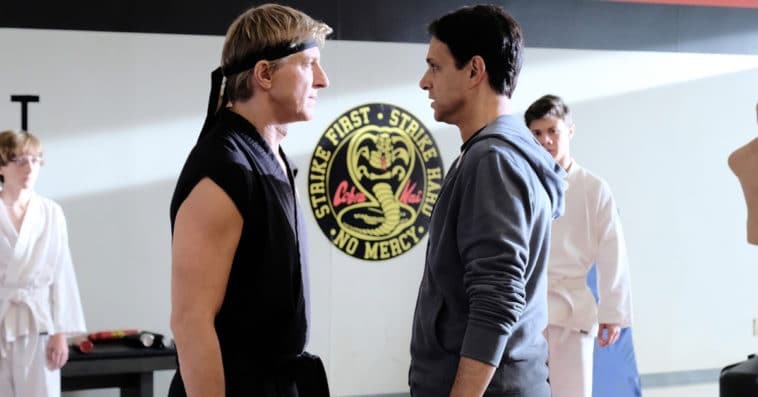 The Karate Kid universe could get even bigger with a possible Cobra Kai spinoff series.

In a recent interview with TVLine, Cobra Kai executive producer and co-showrunner Hayden Schlossberg revealed that he and the rest of the creative team behind the Netflix show are hoping to further expand the franchise through potential offshoots.

“Our hope is that we can really expand this whole Karate Kid universe and reinvigorate the fanbase, so that it’s a story we can continue telling,” said Schlossberg. “We do have an endgame for Cobra Kai, but we always compare it to our other favorite show, Breaking Bad, [and how] they’re able to keep the story going with Better Call Saul and El Camino.

While a Cobra Kai spinoff series has yet to be officially announced, Schlossberg suggested that they would like to explore John Kreese’s (Martin Kove) backstory even more.

People who are familiar with Schlossberg’s career, as well as the careers of his fellow Cobra Kai creators Jon Hurwitz and Josh Heald, shouldn’t be surprised that a spinoff series is on their minds.

“If you look at our careers, we’ve always had sequels. We fall in love with our characters,” explained Schlossberg. “Every permutation of spinoff or deep-dive crosses our minds. [But] it all has to be the right thing, and it has to be the same level of quality that Cobra Kai is. Our minds are always thinking Karate Kid, so that possibility is definitely out there.”

Both Schlossberg and Hurwitz have written for the Harold & Kumar film franchise, while Heald has penned for the Hot Tub Time Machine movie series.

While it seems that a potential Cobra Kai spinoff series has yet to fully materialize, the trio of showrunners confirmed that pre-production for Cobra Kai season 4 is “full steam ahead” with most of the episodes already written and the entire season already planned out.

In a separate interview with PopCulture.com, Heald revealed that they’re planning to start filming season 4 early this year.

“We are looking to make season 4 in 2021,” Healed said. “COVID has thrown a wrench into everyone’s plans for exactly when production begins. But our expectation is in early 2021, we will be in production. We are just keeping our heads down and making sure that the story makes sense and the scripts are solid and getting our ducks in a row so the moment that everything looks good, we can begin.”

Healed added that they didn’t actually need to shoot a lot of scenes on location, as their stages have so many sets at this point. “Things that used to be locations, we’ve built onstage,” he revealed. “The moment that it’s a go, we will be ready to jump with very little prep.”

Fortunately for fans, it looks like there are more Cobra Kai coming their way beyond the show’s season 4.

“We have plans for several more seasons of the show,” said Hurwitz. “When we starting writing season 1, we had a clear sense where we wanted things to end, but we never knew exactly how long it would take to get there. … We’ve written season 4, or most of it. We have thoughts beyond that, and it’s going to be an ongoing dialogue with Netflix.”

Cobra Kai season 3 premiered on Netflix on January 1st. Seasons 1 and 2 of the series, which originally debuted on YouTube Premium, are also now available to stream on Netflix.