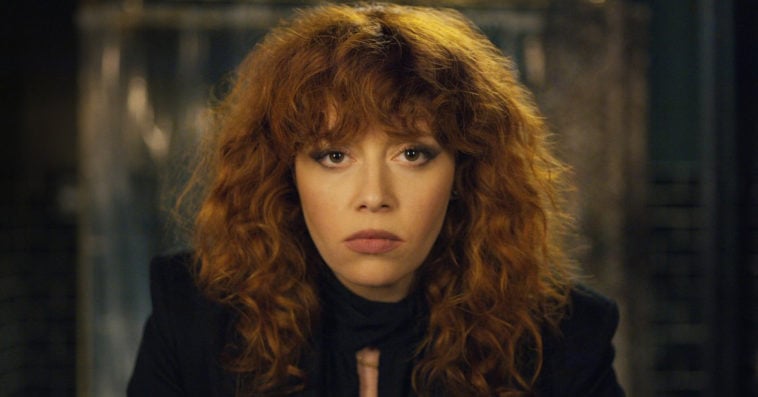 Russian Doll, the metaphysical comedy-drama series co-created by Natasha Lyonne, Amy Poehler, and Leslye Headland, has been picked up for an eight-episode second season by Netflix.

The series renewal was announced by Lyonne and Netflix Original Content vice president Cindy Holland during their joint appearance at Recode’s Code Conference in Arizona on June 11th.

“Want to do a Season 2, Natasha?” Holland asked Lyonne, who stars as software engineer Nadia Vulvokov in the series.

“Me, Cindy? Same show, just weirder? Are you sure?” Lyonne replied. “Nadia Vulvokov is a coder, as you know, so I guess it would be somewhat appropriate to maybe have this be the time and place to say yes, very much so, I would love to do that, Cindy.”

After the panel, Lyonne took to Twitter to confirm the renewal news.

In Season 1 of Russian Doll, Lyonne’s Nadia keeps dying while celebrating her 36th birthday and reliving the same night over and over again, Groundhog Day-style. In addition to Lyonne, the show’s main cast members are Barnett, Greta Lee, Elizabeth Ashley, and Yul Vazquez. Recurring and guest stars include Rebecca Henderson, Brendan Sexton III, Jeremy Bobb, Dascha Polanco, and Chloe Sevigny, among many others.

While Netflix does not release viewership data, the first season of the show — which premiered on the streaming service last February — currently has an impressive 96 percent rating among critics and an 87 percent audience score on Rotten Tomatoes. In fact, several TV critics expect that Lyonne and Russian Doll will be in 2019’s list of Emmy nominees, which will be revealed in July.

In addition to being critically acclaimed, Holland, without offering any specifics, called the show “a hit relative to its cost.”

Though some fans and TV analysts think that there’s no need for another season of Russian Doll, Lyonne, Poehler, Headland actually pitched Russian Doll to Netflix as a three-season series. While it’s unclear how exactly the show’s sophomore run would look like, one thing’s for sure, Nadia will be part of it as well as the potential third season.

“When initially pitched, Nadia was a presence throughout all three of them. But it was not in a very conventional way,” Headland told The Hollywood Reporter in February. “She was always a presence as we knew Lyonne would always be the beating heart and soul of this show. Whether she was being haunted or she was haunting the narrative, she would be there. But we have discussed all of those things and more.”

Netflix has yet to set a premiere date for the second season.