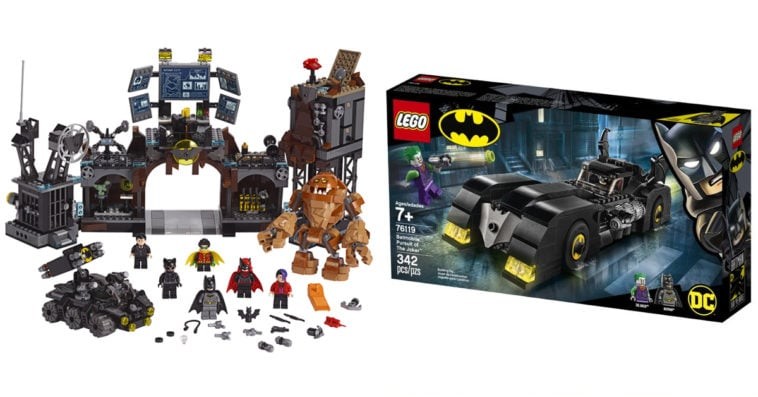 DC Comics’ Batman turns 80 this year, and to celebrate this milestone, LEGO is releasing 6 new Batman sets featuring some of the iconic vehicles of the Caped Crusader.

This 200-piece construction playset includes minifigures of Batman, Robin, and Mr. Freeze. The set also includes Batman’s Batcycle that features a dual minifigure cockpit for the Dark Knight himself and his ever trusty sidekick Robin.

The super cool vehicle is equipped with a stud shooter, Batman’s Batarang and grappling hook shooter, Robin’s sword, and non-shooting guns, which can all be detached from the vehicle and be held by minifigures for battle action. The Batcycle also has a split function that divides itself into 2 separate bikes. 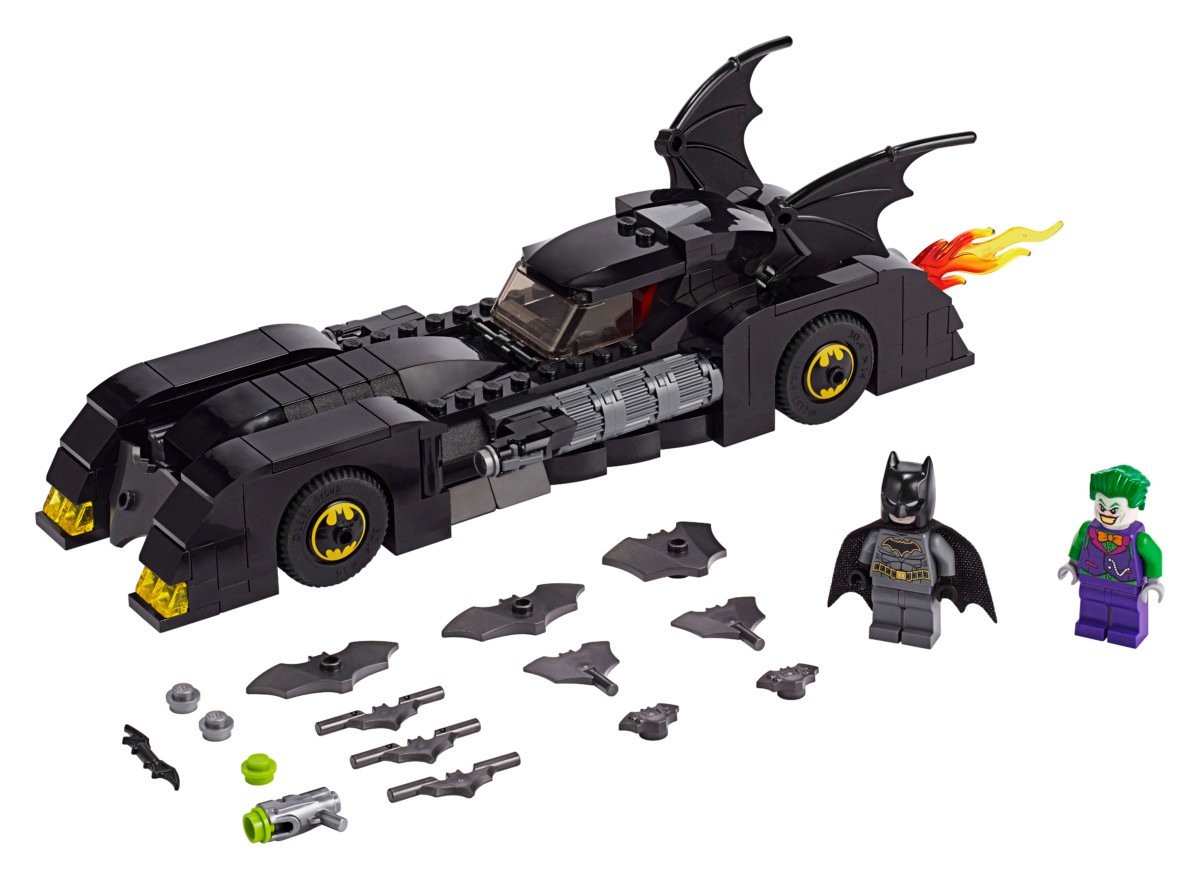 The main attraction of this 342-piece playset is Bruce Wayne’s most popular vehicle: the Batmobile. Measuring over 2 inches high, 9 inches long, and 2 inches wide, the Batmobile features a minifigure cockpit with a detailed dashboard, 2 foldout stud shooters, brick-built engine, wheel trims with Bat symbol decoration, and an automatic spinning flame exhaust, which spins around when the car is moved along.

With a price tag of $29.99, this set also includes minifigures of Batman and The Joker as well as 10 assorted Bat elements that can be used to customize builds, minifigures, and weapons.

The Batwing features a minifigure cockpit, 2 shooters with tile ammo, and 2 shooters which can fire tiles or studs. The police car has a minifigure driver’s seat and a removable roof for easy access, while the helicopter has spinning rotors, 2 flick missiles, and a chain with a hook to pick up a safe. 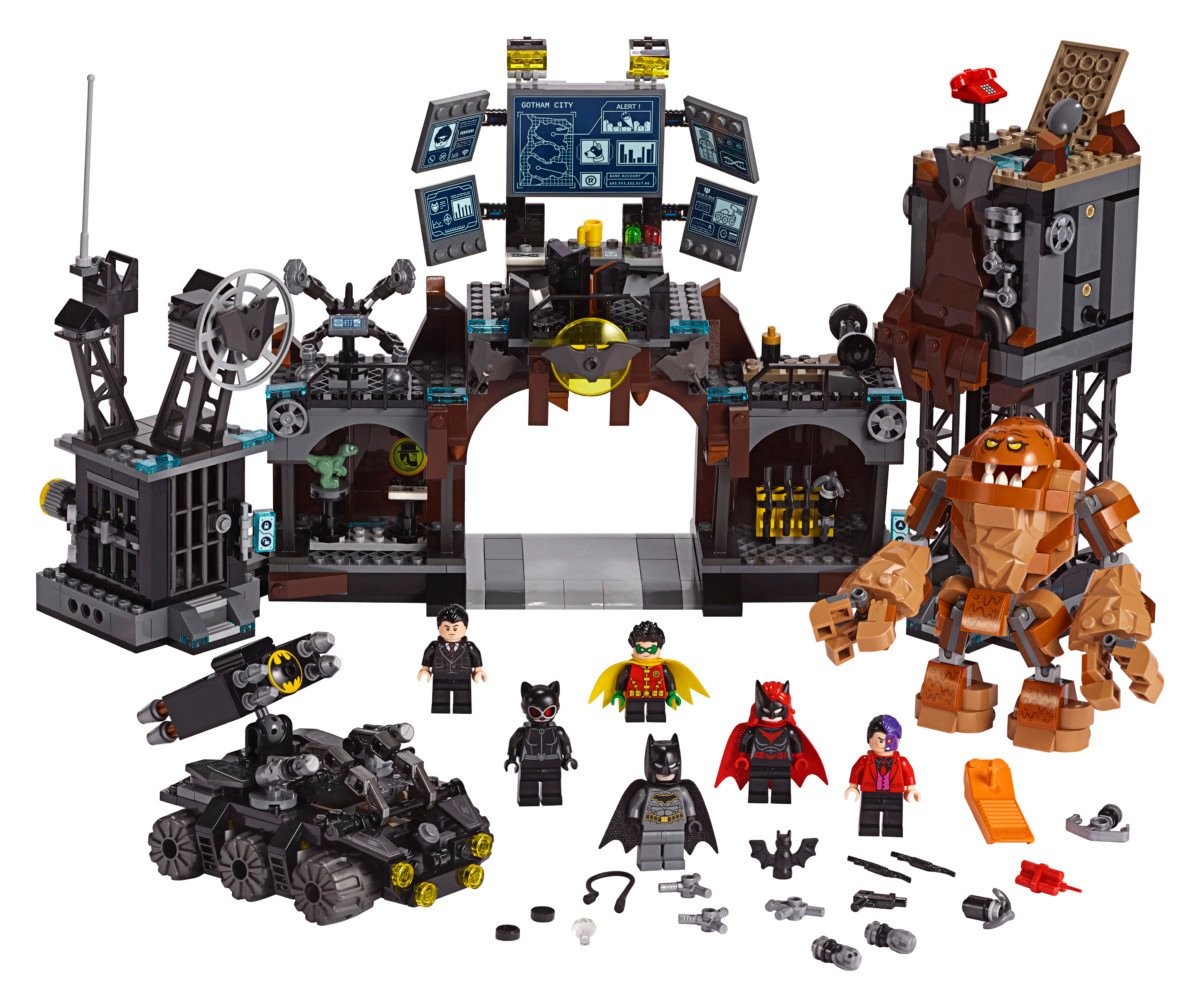 The biggest in this entire Batman celebratory collection, this set is comprised of 1038 LEGO pieces and 6 minifigures: Batman, Bruce Wayne, Robin, Batwoman, Catwoman, and Two-Face. It also includes a posable Clayface big figure with snapping jaws and gripping hands that can hold a minifigure. The set is made extra special with its extensive Batcave backdrop, which consists of Batcomputer zone, hi-tech zone, workout zone, weapons room, trophy room, and a detachable transformation tower and jail modules. 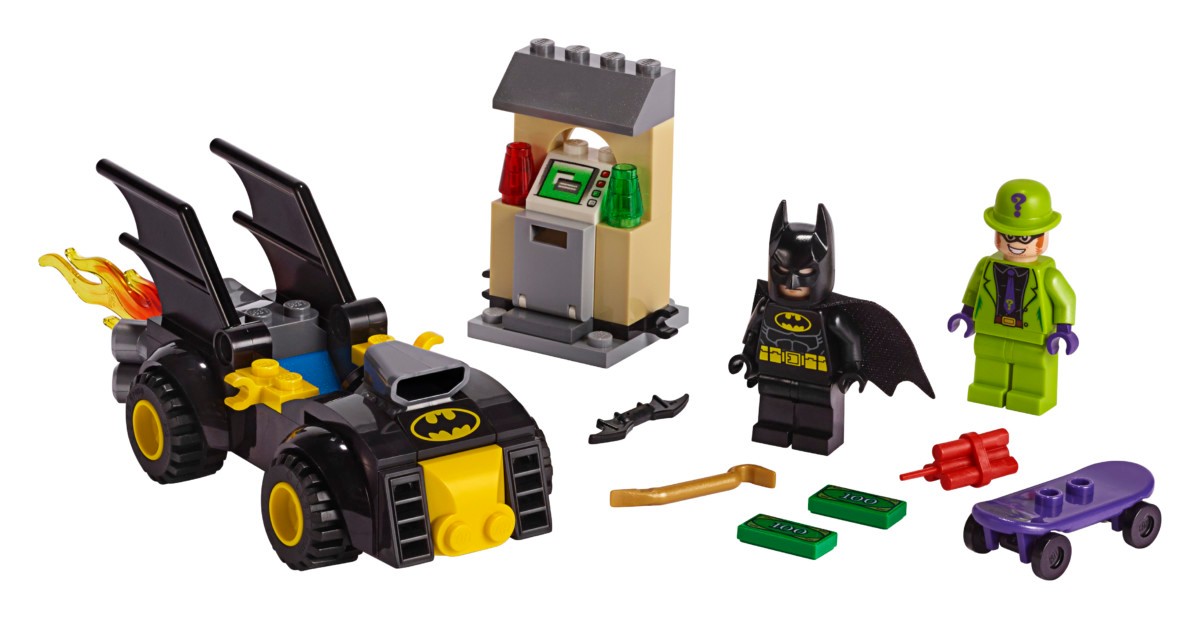 Specifically designed for young builders, this playset is only composed of 59 LEGO pieces. Despite its small size, there’s plenty of fun to be had with this set. For one, it comes with minifigures of Batman and The Riddler, and includes an easy-to-build Batmobile that features a Starter Brick chassis, minifigure cockpit, 2 separate attachment points for Batman’s Batarang, 2 batwings, and a flame exhaust element.

With an introductory price of just $9.99, this set also includes a buildable ATM cash machine, Batman and The Riddler minifigures, complete with their respective weapons, Batarang and dynamite. 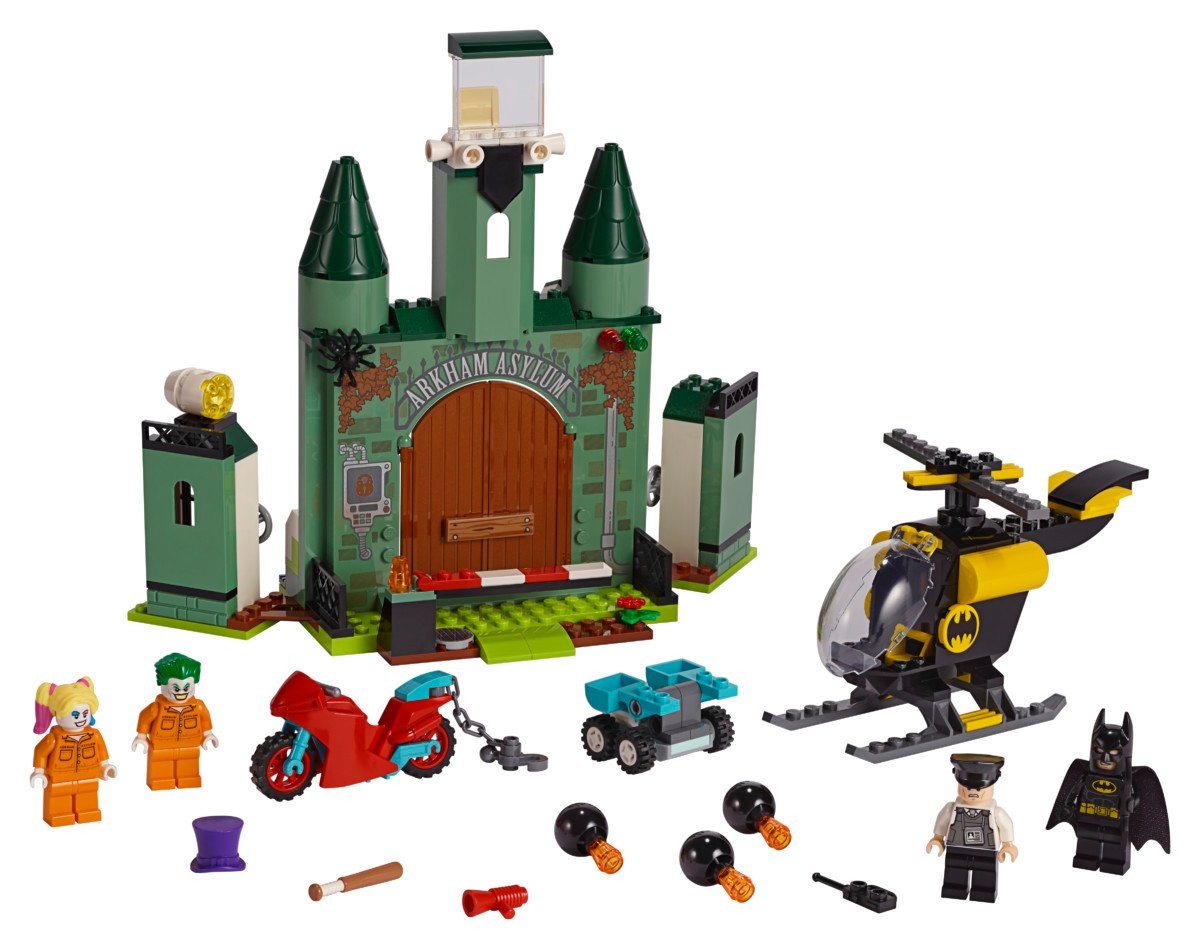 Harley Quinn is trying to help The Joker escape from Arkham prison in this 171-piece playset. In addition to Harley Quinn and The Joker minifigures, the set also includes a Batman minifigure and a prison guard minifigure. The set has an Arkham Asylum backdrop that features entrance doors with a removable crossbar lock, watchtower with a minifigure seat, rotating buildable searchlight, TV screen element with image of The Joker, buildable control panel with a detachable handcuffs element, and more.

This $39.99 set also comes with Batman’s helicopter, Harley Quinn’s bike, and a mobile catapult. The chopper features a Starter Brick chassis, a minifigure cockpit, and rotating rotors. The bike has a dedicated space for a minifigure, and a chain and hook to pull the mobile catapult or pull down the prison cell walls. Completing the set are Batman’s Batarang and megaphone, as well as Harley Quinn’s baseball bat.

All the 6 sets come packaged in a box adorned with the Batman’s 80th logo on the side. While the whole collection will officially hit the shelves on Aug. 1st, the LEGO Batman Mr. Freeze Batcycle Battle set will be exclusively available at Walmart starting July 1st.