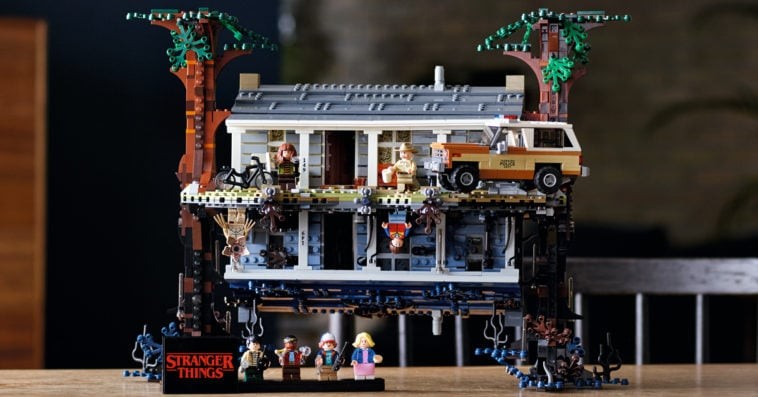 Called the LEGO Stranger Things: The Upside Down, this 2287-piece playset is a sturdy, brick-built model that can flip between the real world and The Upside Down — the alternate dimension existing in parallel to the human world in the sci-fi horror web series. 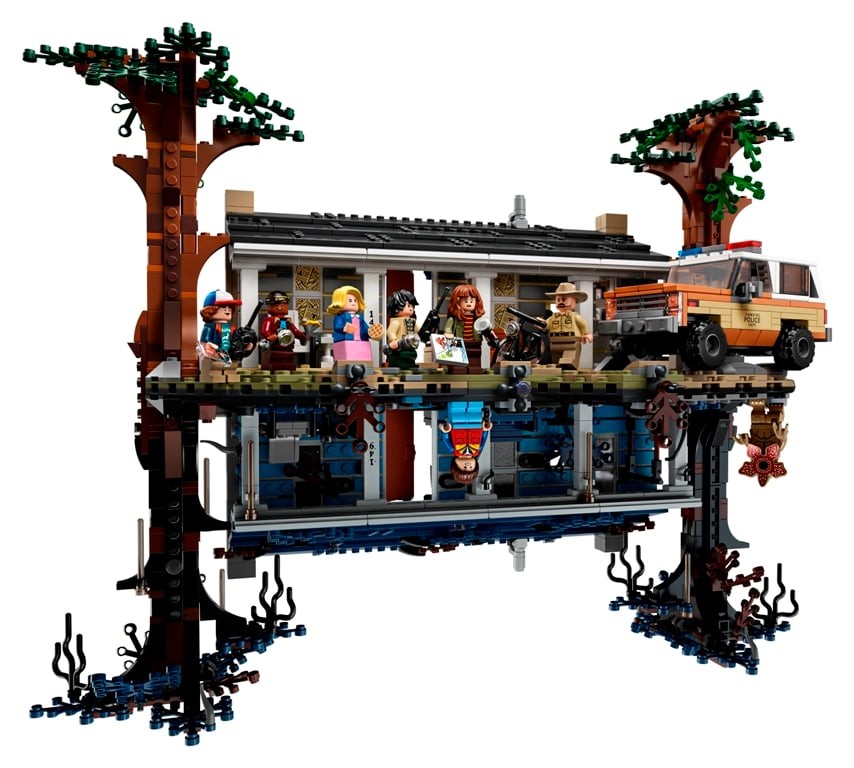 The living room features the show’s iconic alphabet wall with a light-up function. There’s also a “Have you seen me?” flyer stickered element and a bear trap to catch the Demogorgon (Mark Steger).  Additionally, the room is furnished with a couch, a coffee table, a telephone, and an axe.

As for the attic space, it includes a Mind Flayer drawing stickered element and a wizard hat for “Will the Wise”.

The Upside Down version of the house, on the other hand, features all the rooms from the real-world model but with a dark, vine-covered, dilapidated look.

The LEGO Stranger Things: The Upside Down will be available for $199.99 starting June 1st — roughly a month before Season 3 of the show premieres on the streaming service. LEGO VIP members, however, can get the ultimate Stranger Things collectible as early as May 15th.