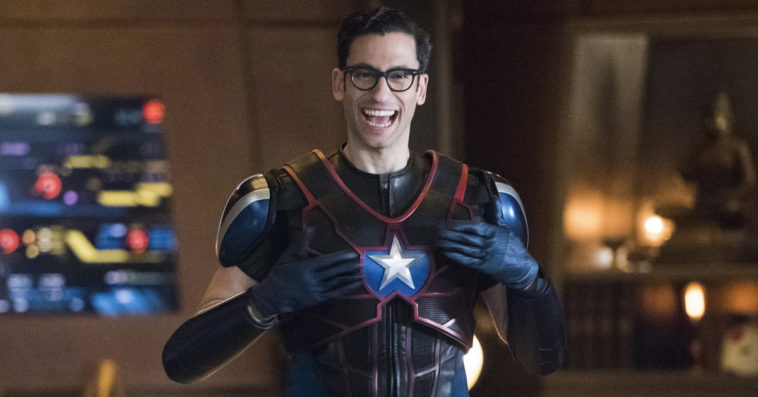 After recurring as Gary Green for the past three seasons of DC’s Legends of Tomorrow, Adam Tsekhman has finally been promoted to series regular for season 6 of the CW series.

According to Entertainment Weekly, which broke the news of Tsekman’s promotion, Gary will officially become a full-fledged Legend in the new season. His origin story will also be explored, which will reveal that he’s actually “not the mild-mannered goofball that our team of superheroes have taken him for all these years.” While details about Gary’s origin story are being kept under wraps, a character description provided to EW teased that “it’s even more bizarre than you would imagine.”

Gary first appeared in the show’s season 3 premiere as Ava Sharpe’s (Jes Macallan) assistant at the Time Bureau. Frustrated that the Time Bureau as well as the Legends didn’t treat him equally or with respect, Gary was lured by Neron to the dark side in season 4. Fortunately, his allegiance to the demon didn’t last long. After betraying Neron and reuniting with the Legends, Gary became John Constantine’s (Matt Ryan) apprentice in season 5.

Tsekhman isn’t the first Legends of Tomorrow cast member that has been promoted to series regular ahead of season 6. Shayan Sobhian, who recurred as Zari Tomaz/Tarazi’s (Tala Ashe) younger brother Behrad in season 5, was also upped to regular status for the new season last June.

Aside from Legends of Tomorrow, Tsekhman has also appeared in CBS All-Access’ The Twilight Zone, History’s Six, Amazon’s Transparent, and CBS’ Hawaii Five-0 and 2 Broke Girls. He will be next seen in the upcoming drama thriller Dreamland, starring Armie Hammer, Gary Oldman, Evangeline Lilly, and many others.

Legends of Tomorrow season 6 doesn’t have an exact release date yet, but the new season is expected to premiere on The CW in midseason 2021.