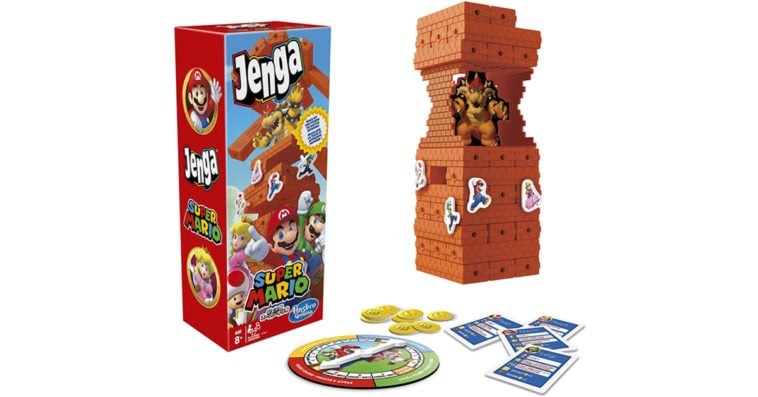 Nintendo’s original Super Mario Bros. game is turning 35 this year, and as part of the celebration for the historic milestone, the video game company has partnered with Hasbro for a Super Mario-themed Jenga.

Simply called Jenga Super Mario, this new edition of the classic block-stacking game has a unique set of rules. Instead of simply removing blocks from the tower, the Jenga Super Mario game has players racing up the tower as Mario, Luigi, Peach, or Toad. Each character gets its own character card to refer to throughout the game, and players earn points by collecting coins as they stack, steal, climb, and defeat Bowser. But if the tower falls on a player’s turn, they lose coins and the game ends.

Each turn, players spin a spinner to find out what their next move is, whether that’s climbing a certain number of layers, removing a number of blocks from the tower and stacking them on top, collecting coins, or reversing the direction of the game. It’s a battle to the top as players move their own pegs up and their opponents’ pegs down, all while trying to keep the tower standing. All players add up their points at the end of the game and the highest score wins. 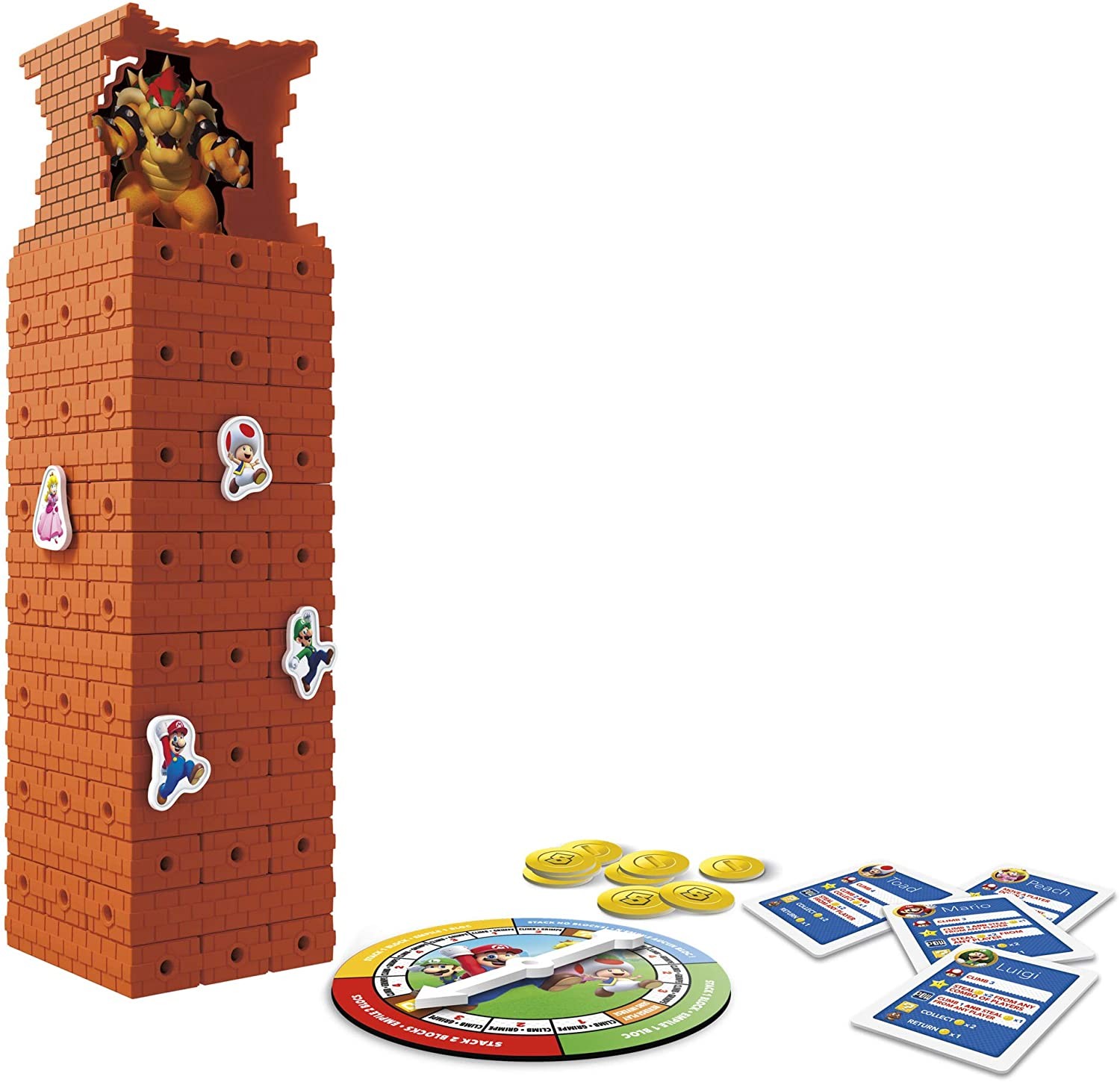 First unveiled in July, Jenga Super Mario was officially made available to purchase on August 1st. It currently sells on Amazon for $19.99.