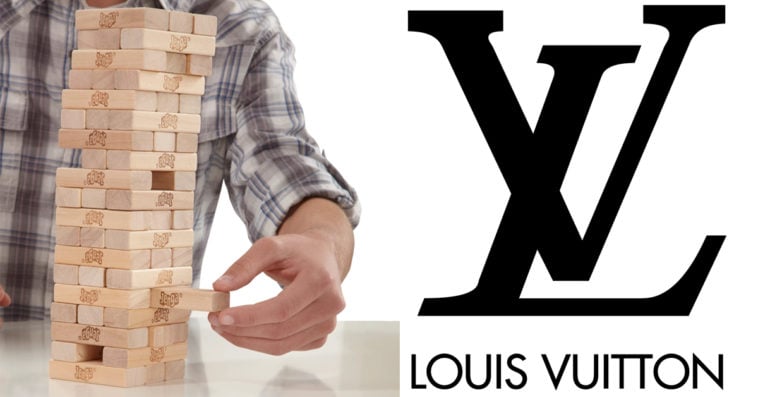 Louis Vuitton is entering the market of classic tabletop games.

The French fashion house popular for its luxury leather goods is releasing a Jenga set. But unlike Hasbro’s typical Jenga set that only costs around $20, Louis Vuitton’s version is rumored to have a price tag of $2,400.

FW19 JENGA by @virgilabloh Have I mentioned how much I love the Vuitton gifting team? They keep coming up with such fun stuff. Picture by @_hedonists_ • • • #louisvuitton #lvmen #louisvuittonlover #lv #monogram #dlouisv #luxury #highend #highendfashion #fashion #louisvuittonjapan  #lvsingapore #louisvuittonmalaysia  #ルイヴィトン #louisvuittonparis #louisvuittonbags #louisvuittonph #lvfw19 #lvmenfw19 #virgilabloh Prices and information are all subject to change and should be treated as estimates and guesses. Copyright Disclaimer Under Section 107 of the Copyright Act 1976, allowance is made for “fair use” for purposes such as criticism, comment, news reporting, teaching, scholarship, and research. Copyright © 2018 by LOUIS VUITTON All rights reserved. We are not affiliated, associated, authorised, endorsed by, or in any way officially connected with Louis Vuitton Malletier, or any of its subsidiaries or its affiliates. The official Louis Vuitton instagram can be found at @louisvuitton. The name “Louis Vuitton” as well as related names, marks, emblems and images are registered trademarks of Louis Vuitton Malletier.

The upcoming release of Louis Vuitton’s fancy Jenga set is part of the brand’s effort to establish its name outside of the fashion world. Just recently, Louis Vuitton released a collection of wireless earphones that a lot of celebrities were spotted wearing.

While Louis Vuitton has yet to announce an official release date for its Jenga set, a number of news outlets are reporting that the high fashion version of the classic game will fly off the shelves and hit the resale market for more expensive prices.