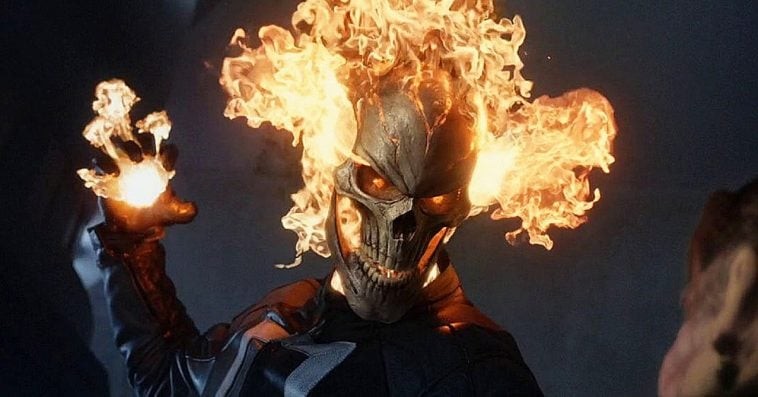 Hulu has decided not to proceed with its planned live-action series Ghost Rider from Marvel Television.

Ghost Rider, which was supposed to star Gabriel Luna as the titular role, was one of the two live-action series that the Disney-owned streamer picked up last May to premiere in 2020. While the other series, Marvel’s Helstrom, is still moving forward, Ghost Rider was reportedly stalled by creative issues that resulted in Hulu’s ultimate decision to scrap the project altogether.

EXCLUSIVE: Hulu had opted not to proceed with Marvel’s #GhostRider https://t.co/GmMNl5YQDT

The dumped project was supposed to center on the anti-hero Robbie Reyes, aka Ghost Rider, who is consumed by hellfire and supernaturally bound to be a demon. Living on the Texas-Mexico border, Robbie unleashes his alter ego, the Rider, to bring vengeance for the innocents he encounters despite struggling to control his powers. Luna’s version of the character was introduced in the Marvel TV Universe in 2016 on ABC’s Agents of SHIELD.

Ghost Rider was to be executive produced by Marvel Television boss Jeph Loeb, Agents of SHIELD’s Paul Zbyszewski of, and Justified’s Ingrid Escajeda, who was to serve as showrunner. Ghost Rider was supposed to exist in the same universe with Helstrom, as Hulu has planned to build an interconnected live-action Marvel universe similar to the original franchise at Netflix.

Despite Ghost Rider getting called off, Marvel Television remains a top series supplier to Hulu. In addition to the upcoming Helstrom, Marvel Television’s Runaways has been renewed for a third season on the streaming service. Hulu will also be the home of Marvel Television’s four interconnected animated series — Marvel’s M.O.D.O.K, Marvel’s Hit-Monkey, Marvel’s Tigra & Dazzler Show and Marvel’s Howard the Duck — set to roll out in 2020 and culminate in a special event called The Offenders.

Though lost a starring role in the scrapped Ghost Rider series, Luna will be next seen in the big-budget action film Terminator: Dark Fate, which will hit theaters on November 1st.