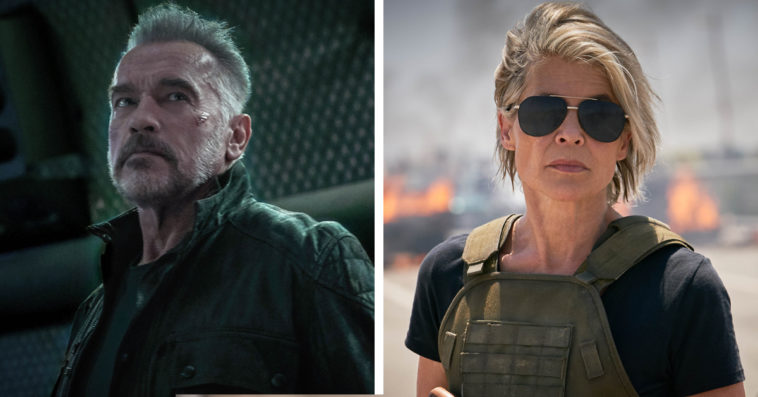 Paramount has unveiled six photo stills from the sci-fi action movie, each featuring one of the six main characters of the film.

One of the photos features franchise star Arnold Schwarzenegger as an aged Terminator unit who has been living and passing as a human for more than 30 years. Schwarzenegger’s character has a little wound mark on his left cheek, and while it’s unclear what or who he’s looking at outside the frame, it appears that things are getting pretty serious at that very moment.

In her pic, Davis’ soldier-assassin character named Grace appears to be in the middle of training, while Luna’s Terminator character is in full Air Force uniform.

Meanwhile, Reyes and Boneta seem to be related by blood in the movie as their characters, Dani Ramos and Miguel Ramos, have the same surname. The sight of her carrying a full backpack in her photo suggests that Reyes’ Dani is about to embark on a new adventure. And it looks like she’s not going alone, as the photo dedicated to Boneta’s Miguel shows the character in a driver’s seat of a pickup truck.

Directed by Tim Miller and based on a story by Miller and James Cameron, Terminator: Dark Fate is set to hit theaters on November 1st.