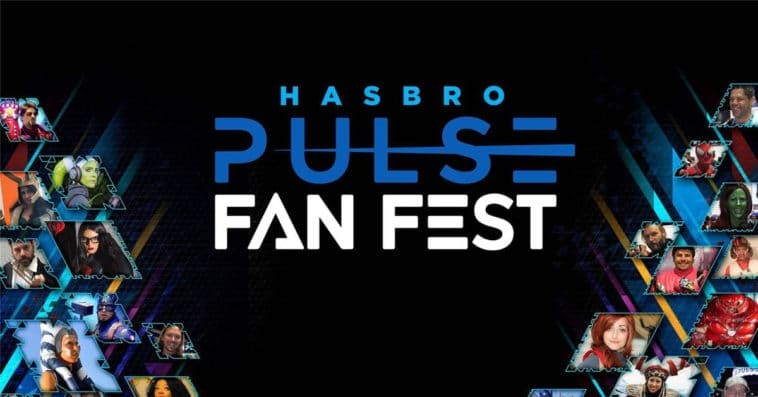 Hasbro has a very special treat for its loyal U.S. and U.K. fans next month.

The toy company announced today that it will be hosting the first-ever Hasbro Pulse Fan Fest in April. To be presented by SYFY Wire on-air correspondent Jackie Jennings, the virtual event will bring never-before-seen content, product reveals, and Pulse Premium opportunities directly to Hasbro’s passionate community of collectors.

Occurring on April 9th at 11 a.m. ET, the Hasbro Pulse Fan Fest will stream on the Hasbro Pulse YouTube Channel for free and will feature engaging panels from Hasbro’s in-house brands, including G.I. Joe, Power Rangers, and Transformers as well as Hasbro’s premier partner brands Marvel, Star Wars, and Fortnite.

The G.I. Joe panel will unveil new toys from the Snake Eyes: G.I. Joe Origins feature film, which will open in theaters on October 22nd. The panelists will also give fans an in-depth look at the stealthy Snake Eyes Ninja Strike role play toys and the latest additions to the highly detailed Classified Series collection. Henry Golding, who plays the titular role in the film, will also be making a guest appearance to unveil his signature action figure.

The Power Rangers panel will give fans early looks at cool new action figures coming soon, as well as news and updates about the franchise’s growing Lightning Collection product line.

The Transformers panel will be attended by members of the Hasbro Marketing & Design team, who will reveal toys from Wave 3 Kingdom and share some exciting news about the final chapter of Netflix’s Transformers: War for Cybertron trilogy. The panel will take a closer look at Kingdom Commander and Titan Class figures, including a first-time character to appear in toy. A new Pulse exclusive toy capsule in partnership with IDW Publishing will also debut on the panel.

Exciting news about the popular Marvel Legends product line will be announced on the panel, which will also treat fans to a sneak peek at upcoming figures and premium role play offerings.

Viewers of the Star Wars panel will see members of the Hasbro Marketing & Design teams discussing popular Hasbro Star Wars lines, including the Black Series and The Vintage Collection. The panelists will also give viewers a closer look at Hasbro’s latest action figure and premium roleplay offerings from the sci-fi franchise.

The Fornite panel will unveil the all-new Victory Royale line, the latest collab between Hasbro and Fortnite developer Epic Games. Three legendary new items will also debut on the panel, including a first-time character to appear in toy.

Products that will be revealed during the Hasbro Pulse Fan Fest will be available for pre-order on HasbroPulse.com. Premium members of Hasbro Pulse will have exclusive access to select pre-orders starting at the end of each panel’s session, until 5 p.m. ET of April 9th. Then pre-orders for all fans will start at 5 p.m. ET of the same day on HasbroPulse.com and at select retailers.