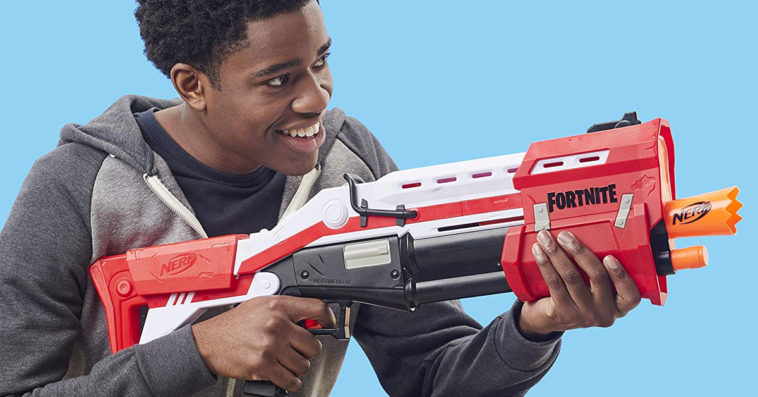 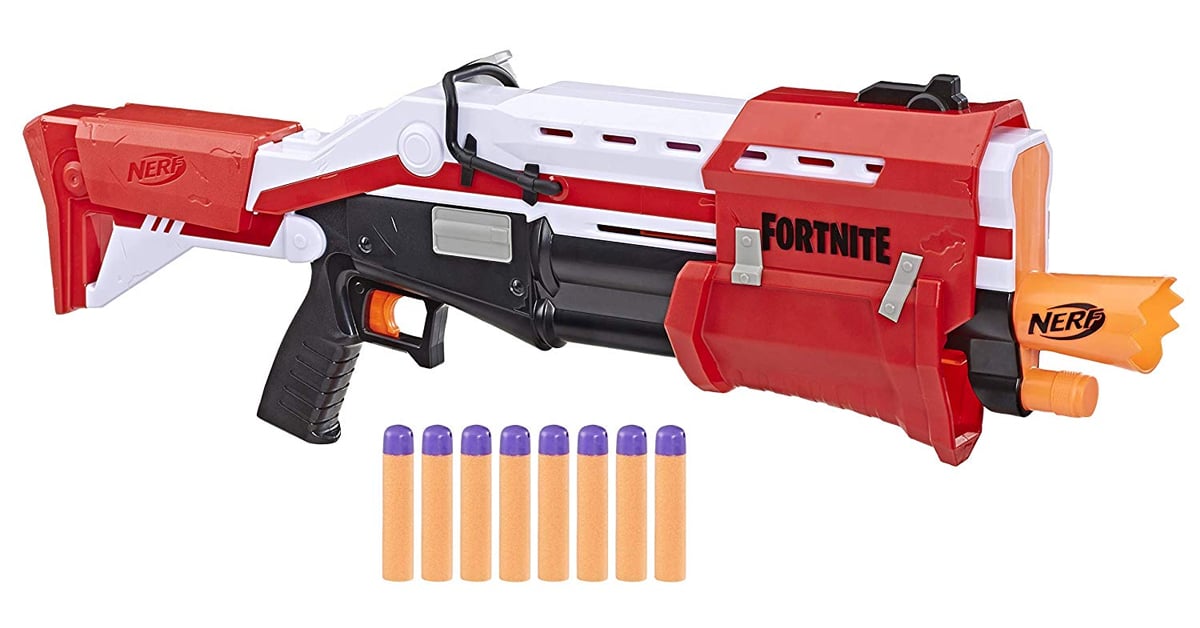 It comes with 8 Nerf Mega darts and has storage on the stock for 4 darts, giving users 4 backup darts within reach for fast reloading. The darts included are official Nerf Elite darts, which are designed for distance, tested and approved for performance and quality, and constructed of foam with flexible, hollow tips.

The Nerf Fortnite TS Blaster will officially hit the shelves on June 1st but is now available for preorder on Amazon and other major retailers for $39.99 each.

Not a fan of big toy guns? Then the Nerf Fortnite MicroShots Blasters would be the perfect weapon for you. With a price tag of just $9.99 each, these mini-sized blaster toys come in 3 different versions: the red and white TS blaster, orange and green RL blaster, and the Llama-themed blaster.