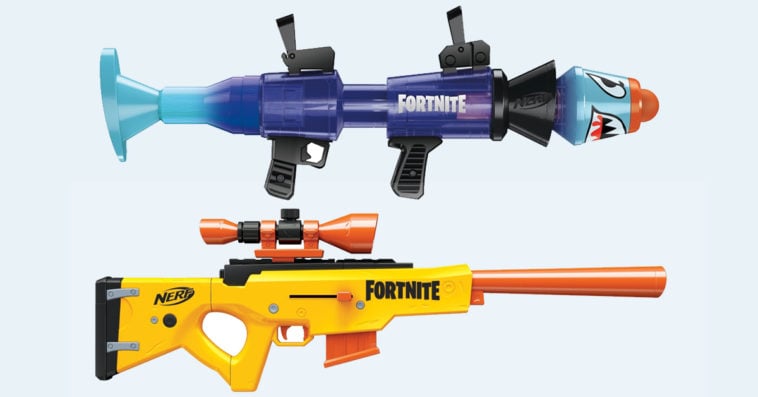 Hasbro’s Nerf Fornite line has just gotten bigger and cooler with the announcement of six new toy guns based on the blasters seen in the popular video game. 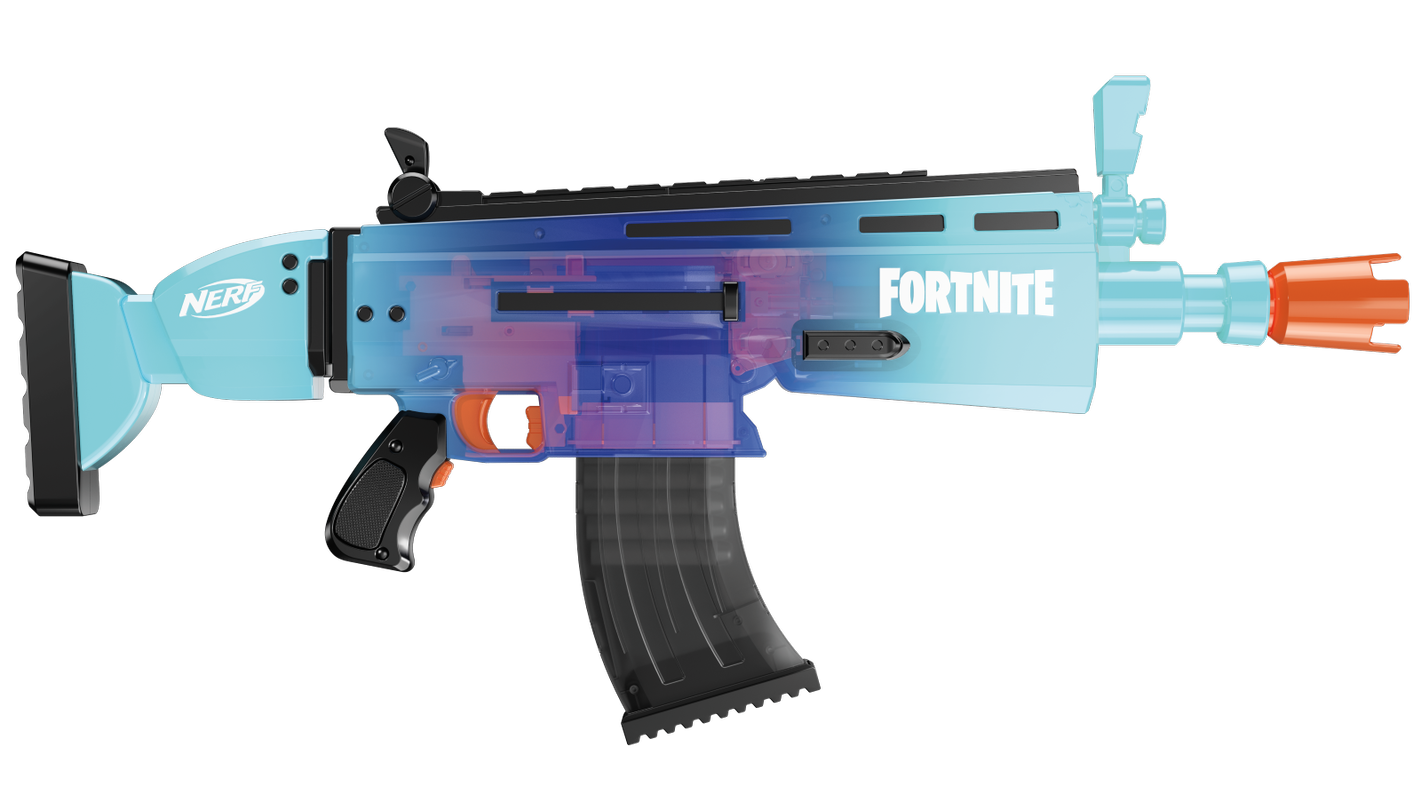 Inspired by the Rippley wrap in Fortnite, this toy gun features motorized dart blasting. Hold down the acceleration button to power up the motor, and then press the trigger to fire one dart. To fire another one, simply press the trigger again. This battery-powered blaster comes with a 10-dart clip and 20 Nerf Elite darts.
Buy from Best Buy 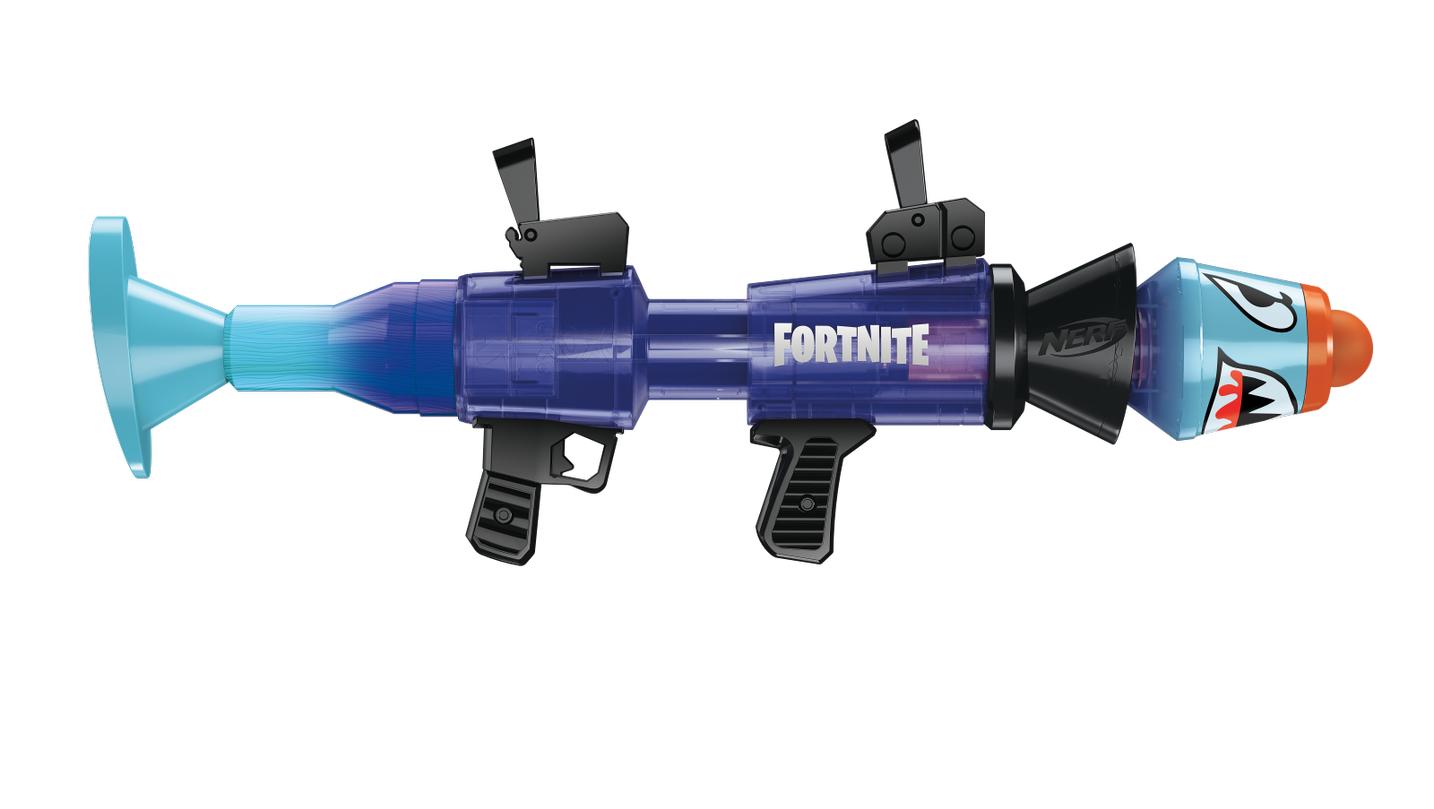 This Rippley wrap-inspired blaster fires one rocket at a time. Load a rocket into the front of the barrel, grasp the handle and push it forward to extend the barrel, then pull the handle back to send the rocket blasting into the air. It comes with two official Nerf Fortnite Elite rockets. 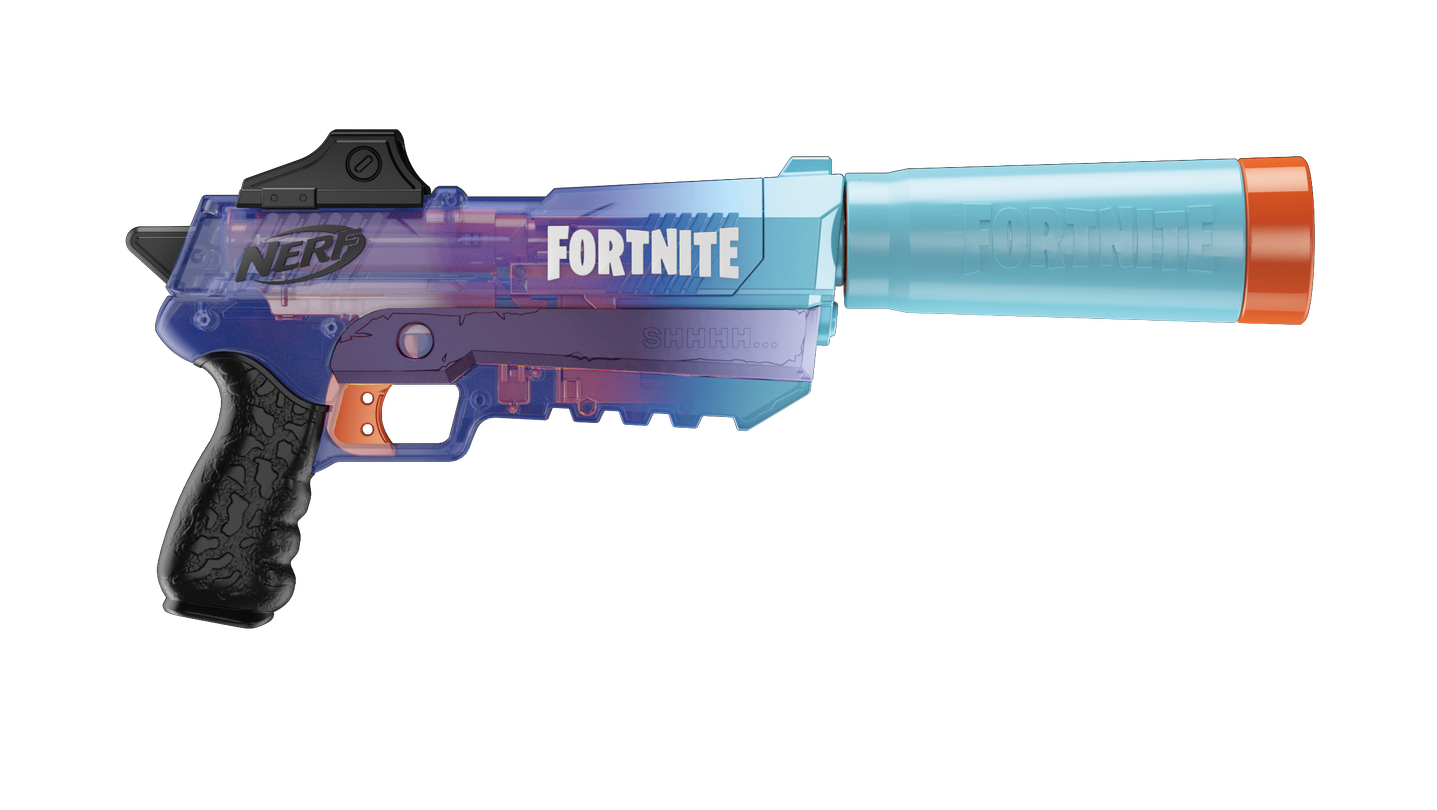 Also inspired by the Rippley wrap in Fortnite, this blaster features a three-dart internal clip that allows you to load three darts in a row. It also comes with a barrel for distance targeting, which can be detached when playing in small areas.
Buy from Best Buy 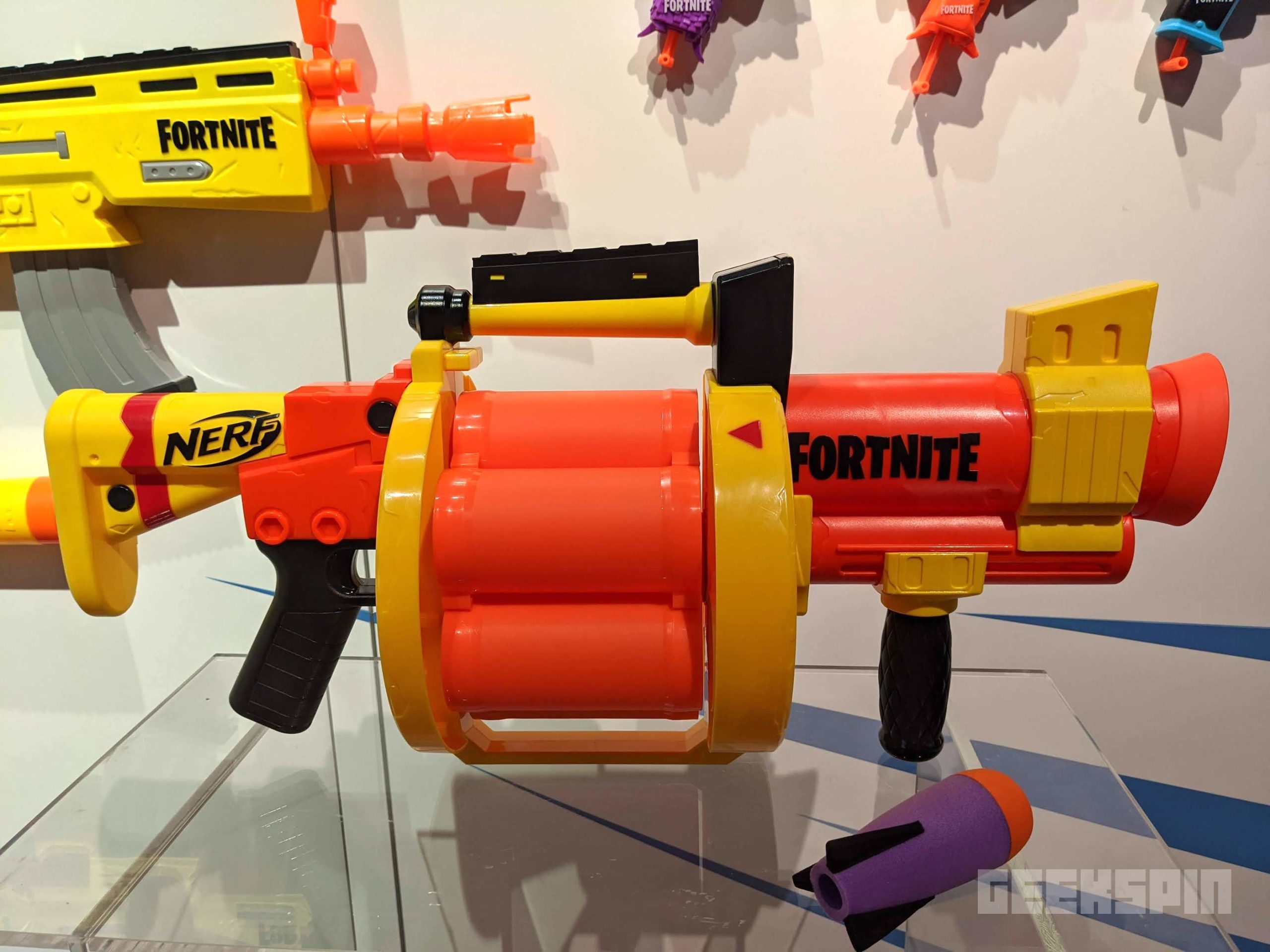 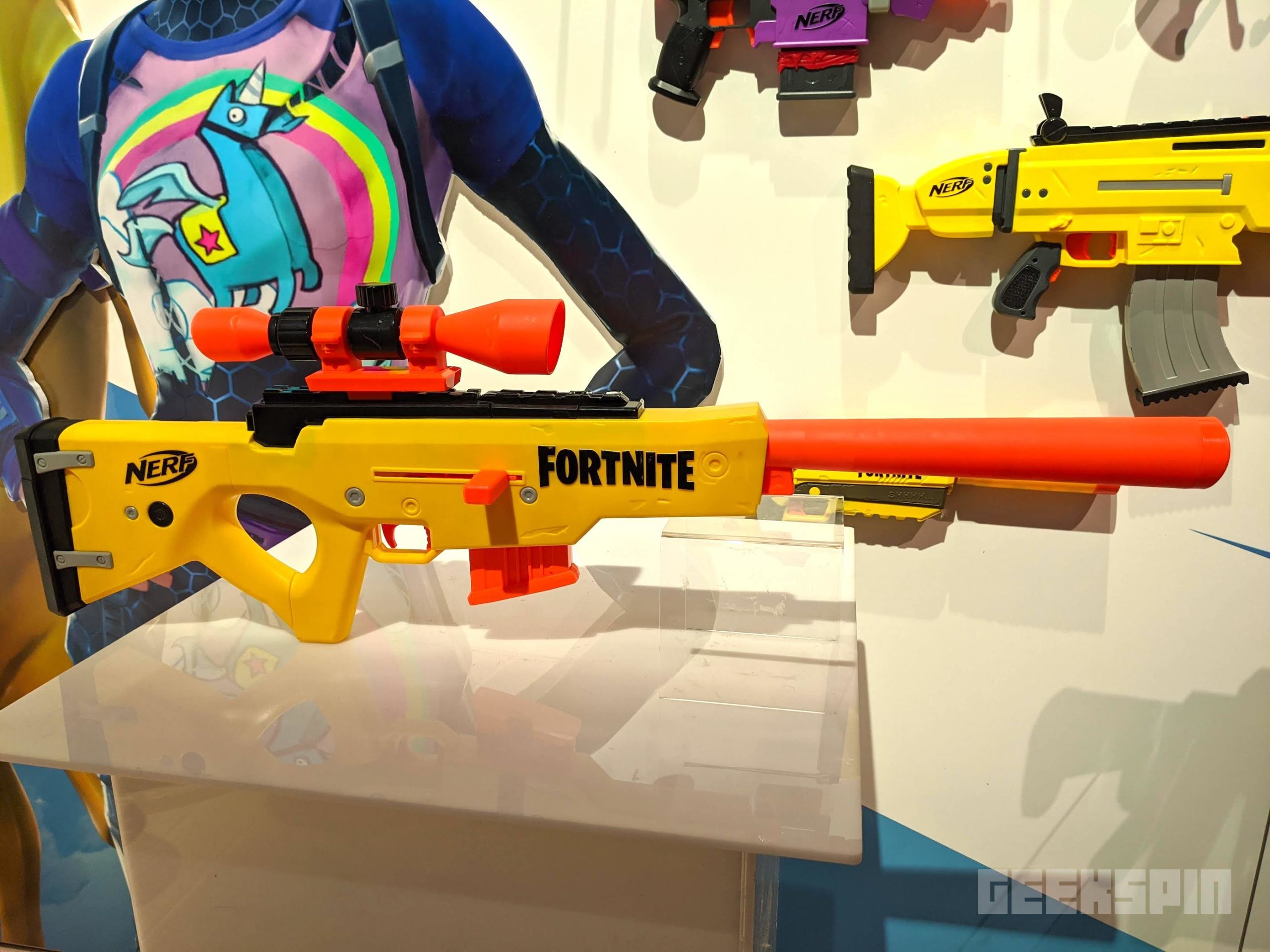 This blaster features a bolt-action, clip-fed blasting and a removable scope that helps with aiming. To unleash a dart, insert a six-dart-loaded clip into the blaster, move the bolt backwards and forward, line up your shot, and then press the trigger. To fire another dart, repeat the last two steps until you need to reload the clip. The blaster includes a six-dart clip and 12 darts. 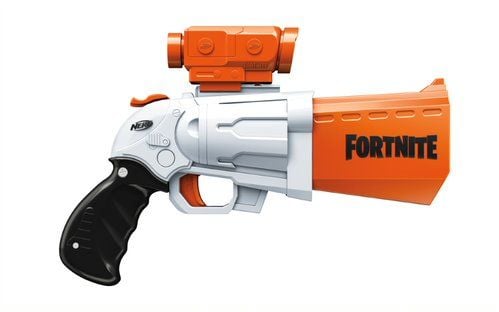