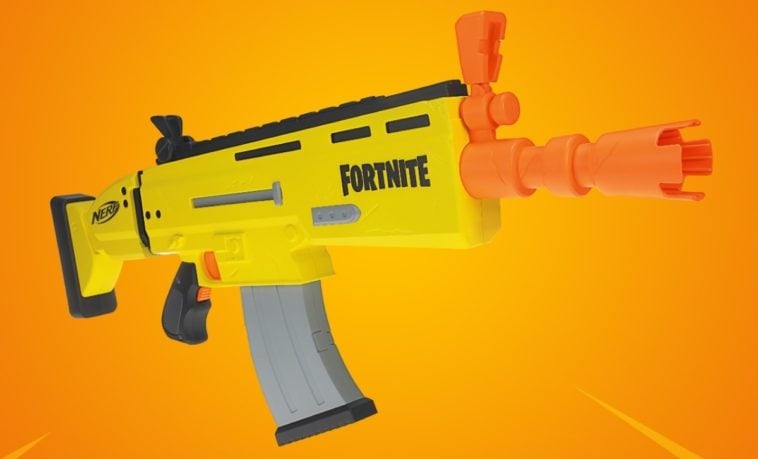 Nerf has just announced that Fortnite’s ever-so-popular ’Scar Blaster’ will be the first weapon to come from the company’s joint venture with Epic Games.

We first reported on the partnership back in September, however, at the time, details were sparse. We now know that Nerf plans to release the highly-anticipated blaster on June 1st, 2019.

According to media reports, the upcoming Nerf version will be dubbed the ‘Fortnite AR-L Blaster’. Featuring a “rapid-fire motorized blasting mechanic and flip-up sights for players to stare down,” sources say the weapon will cost $49.99.

What’s more, we can also confirm that the company’s AR-L Blaster will be just the first of many Fortnite-inspired weapons to be released in 2019. Source say we should expect to see more announcements in the coming months.