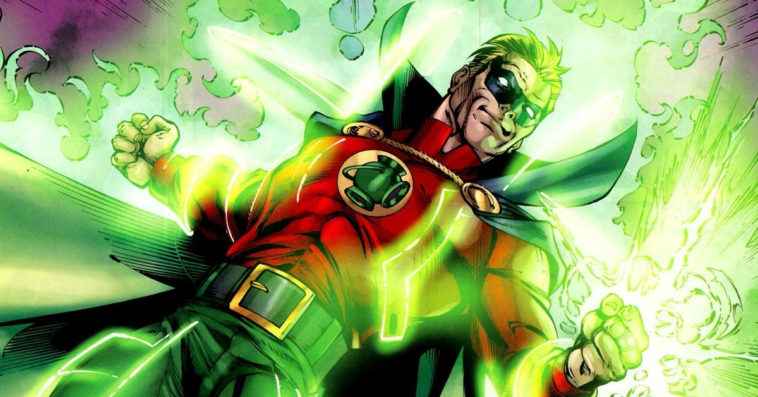 The live-action series based on the DC Comics book will be co-written by Seth Grahame-Smith and Marc Guggenheim, with the former also serving as the showrunner of the project. Grahame-Smith is best known for writing 2017’s The Lego Batman Movie, 2016’s Price and Prejudice and Zombie, and 2012’s Dark Shadows. Guggenheim, meanwhile, co-created The CW’s Arrow and served as a writer on the 2011 Green Lantern movie, starring Ryan Reynolds as Hal Jordan.

Produced by Berlanti Productions in association with Warner Bros., the Green Lantern series will follow the adventures of a multitude of Lanterns, including Alan Scott, Guy Gardner, Jessica Cruz, Simon Baz, and many more. Alan is Earth’s first Green Lantern, who, based on the latest comic book interpretations of the character, is a gay man. Guy, meanwhile, is the second member of the Green Lantern Corps to be chosen from Earth. Lastly, Jessica and Baz are the newest Green Lanterns of Earth and both have recently taken big roles in the comics.

The hourlong superhero show will also feature fan-favorite characters like Sinestro and Kilowog, and will introduce new heroes to the ranks of the Green Lantern Corps. While it’s not clear who these new members are, there’s a possibility that one of them is David Ramsey’s John Diggle, as he was seen opening a glowing green box at the end of the Arrow series finale.

The Green Lantern series was first announced at the HBO Max WarnerMedia Day Presentation at the end of 2019. Berlanti said at that time that the series is “unlike anything seen on television” and is poised to become the “biggest DC show ever made.”

HBO Max head of original content Sarah Aubrey, meanwhile, revealed at TCA earlier this year that the Green Lantern series would “span several decades” and would “focus on two stories about Green Lanterns on Earth,” as well as one in space with the story of Sinestro.

In 2011’s critically panned and box-office flop Green Lantern movie, Sinestro, portrayed by Mark Strong, is a former Green Lantern Corps member who was dishonorably discharged for abusing his power. He is the founder of the Sinestro Corps and the archenemy of Reynolds’ Hal Jordan.

HBO Max’s Green Lantern does not have a release date yet but casting details are expected to be announced soon.