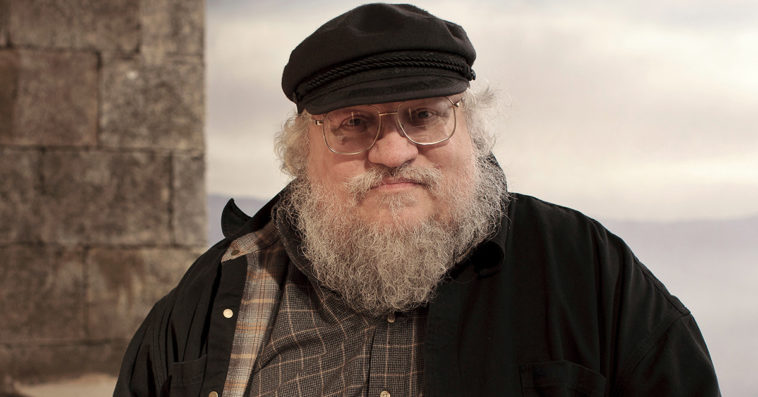 George R.R. Martin has been living a less stressful life since Game of Thrones ended its eighth-season run last May.

In a recent interview with The Observer, the author of the novel series A Song of Ice and Fire — on which the hit HBO show is based — was asked if he had watched the finale of the critically acclaimed series. Though Martin firmly refused to talk about the controversial conclusion of the fantasy drama, the American Tolkien revealed that his stress level has gone down since the show aired its finale. Now that the TV show is over, the pressure on him to finish the last two books — The Winds of Winter and A Dream of Spring — of his novel series becomes more tolerable.

“There were a couple of years where, if I could have finished the book, I could have stayed ahead of the show for another couple of years, and the stress was enormous,” Martin recalled. “I don’t think it was very good for me, because the very thing that should have speeded me up actually slowed me down. Every day I sat down to write and even if I had a good day – and a good day for me is three or four pages – I’d feel terrible because I’d be thinking: ‘My God, I have to finish the book. I’ve only written four pages when I should have written 40.’ But having the show finish is freeing, because I’m at my own pace now. I have good days and I have bad days and the stress is far less, although it’s still there… I’m sure that when I finish A Dream of Spring you’ll have to tether me to the Earth.”

George RR Martin: ‘Game of Thrones finishing is freeing, I’m at my own pace’ https://t.co/PnRURLjcU1

In addition to finishing his novel series, Martin is also busy co-creating a Game of Thrones prequel with Jane Goldman and producing an adaptation of Nnedi Okorafor’s Who Fears Death, both for HBO. “I need more hours in the day and more days in the week and more months in the year because the time does seem to go very fast,” Martin said with a weary smile.

Also in the interview, Martin reiterated that the Game of Thrones ending will not affect the conclusion he envisioned for the books. “No, it doesn’t. It doesn’t change anything at all,” Martin said when asked if the TV adaptation influences how the story will wrap up in the source material. “As Rick Nelson says in Garden Party, one of my favorite songs, you can’t please everybody, so you’ve got to please yourself.”

Explaining why the show has little to no influence on the novel series, Martin said: “For the average viewer, and I recognize this, Tyrion Lannister will always be Peter Dinklage from this point forward. But it did not work that way for me. I started writing these books in 1991 and [by the time the series started] I’d been with these characters for 20 years. I had them fixed in my mind.”

Martin first revealed that the ending of his novel series will be different the show in a blog entry he published a day after the Game of Thrones finale aired. While he didn’t specify how the two will differ, he pointed out that the medium he’s working in allows him to add more details to every character arc.

“I am working in a very different medium than David [Benioff] and Dan [Weiss], never forget,” Martin wrote, referring to the series creators. “They had six hours for this final season. I expect these last two books of mine will fill 3000 manuscript pages between them before I’m done.”

Martin also reminded fans that the TV show had never been a carbon copy of the books. Game of Thrones has deviated from the original source since Season 1, so “of course the butterfly effect will be at work as well,” the author wrote. Get breaking news, the latest reviews, and giveaways