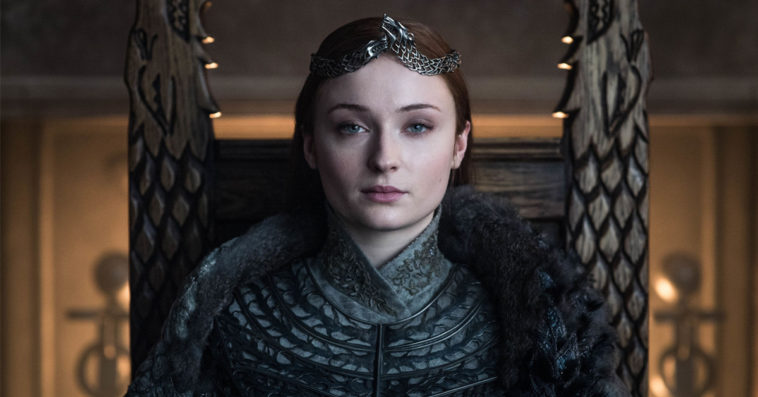 With a 48 percent freshness rating on Rotten Tomatoes and a Metacritic user score of 3, it’s safe to say that last Sunday night’s Game of Thrones finale failed to meet the expectations of several of its viewers. While lots of fans are generally not happy with how the series concluded, many would still agree that the finale isn’t totally bad, as it features a few heartwarming moments that several viewers have been hoping to see. One of those moments is Sansa’s coronation as the Queen in the North.

Sophie Turner, who played Sansa in the series, told The New York Times that she loves how the story of her character ended.

“It’s the only place that she really, truly feels safe,” Turner said of Sansa ending up as the Queen in the North. “It’s the place that she’s the most capable of ruling. She would be a fair and loving ruler, and it’s what she’s been striving for this whole series: to go back home, to protect her home. And finally she has that.”

“It was kind of the perfect ending for her,” the 23-year-old actress added of her character, who was introduced to the show as a bratty youngster who dreamed of nothing but becoming a queen and meeting her knight in shining armor. Though Sansa was ultimately crowned as a queen, her journey to becoming one was more of a horror story than a fairy tale. As fans remember, Sansa was manipulated by the most cunning puppet masters in the realm and was even raped by her second husband on their wedding night, before finally ruling the North as its new queen.

Though Turner is personally satisfied with how Sansa’s story wrapped, the actress is also aware of the negative comments about Season 8, including the petition calling for a remake of the show’s final season.

“Honestly, I’m not surprised,” Turner said when asked for her reaction to the criticisms. “People always have an idea in their heads of how they want a show to finish, and so when it doesn’t go to their liking, they start to speak up about it and rebel.”

Turner, however, thinks that the petition is a little below the belt. “I think it’s disrespectful to the crew, and the writers, and the filmmakers who have worked tirelessly over 10 years, and for 11 months shooting the last season,” she said.  “Like 50-something night shoots. So many people worked so, so hard on it, and for people to just rubbish it because it’s not what they want to see is just disrespectful.”

Turner will be next seen in the movie X-Men: Dark Phoenix, which opens in theaters on June 7th.