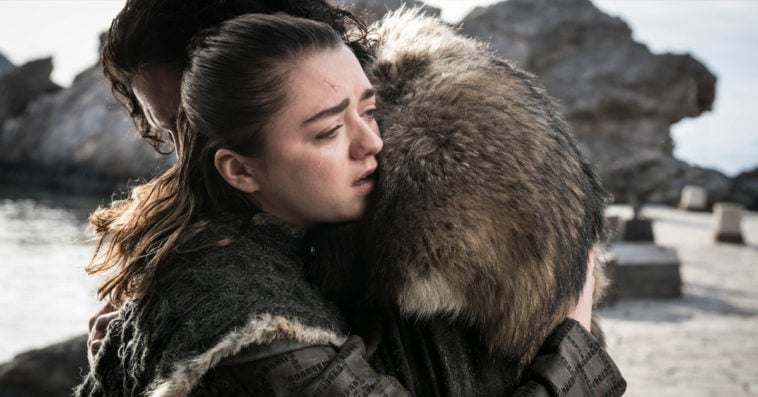 The pilot for the Game of Thrones prequel has finished filming.

The news was revealed by HBO programming president Casey Bloys during his appearance at the Television Critics Association press tour on Wednesday.

“Shooting has wrapped,” Bloys said of the pilot, which began filming in Belfast last May under the working title Bloodmoon. Though Bloys didn’t mention whether he has already seen the pilot in its final cut, the network executive said that it “looks really good” and its “cast is amazing.”

The prequel will be set thousands of years before the events of Game of Thrones. “[In Game of Thrones,] we talk about the Seven Kingdoms of Westeros; there were Seven Kingdoms at the time of Aegon’s Conquest,” series co-creator and executive producer George R.R. Martin said in an interview with Entertainment Weekly last July. “But if you go back further then, there are nine kingdoms, and 12 kingdoms, and eventually you get back to where there are a hundred kingdoms — petty kingdoms — and that’s the era we’re talking about here.”

Though the prequel won’t feature any character from Game of Thrones, fans would be delighted to know that the Starks will have a presence in the potential series. “The Starks will definitely be there,” Martin confirmed.

However, the same can’t be said for the Lannisters, as the prequel predates the rise of the Lannister family. “The Lannisters aren’t there yet, but Castlery Rock is certainly there; it’s like the Rock of Gibraltar,” Martin shared. “It’s actually occupied by the Casterlys — for whom it’s still named after in the time of Game of Thrones.”

The prequel also predates dragons, but Martin revealed that the potential series will include other fantastical creatures. “Obviously the White Walkers are here — or as they’re called in my books, The Others — and that will be an aspect of it,” said the best-selling novelist.  “There are things like direwolves and mammoths [as well].”

The prequel doesn’t have a release date yet, as HBO has yet to decide whether or not to pick up the pilot to series.