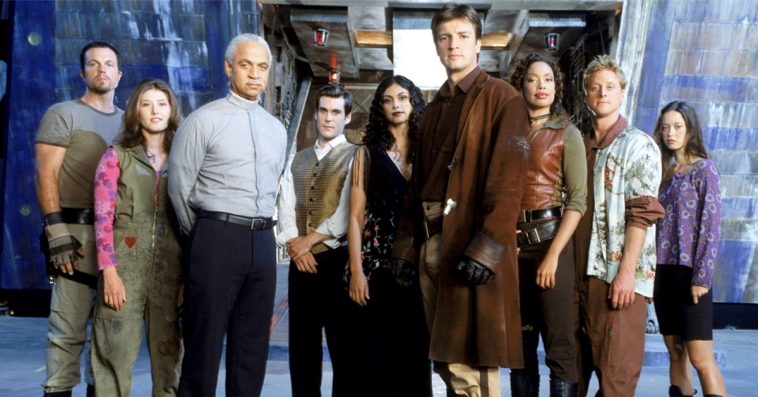 Fans’ desire to see a Firefly revival has been reawakened when executive producer Tim Minear posted a number of behind-the-scenes photos from the short-lived space western drama last week. Series creator Joss Whedon retweeted one of Minear’s post, leading some Browncoats to believe that the two are working on a project that would bring the Serenity crew back to the small screen.

the last day of shooting pic.twitter.com/WY2JPoxDo5

And that was a wrap pic.twitter.com/2FfU4dKZeb

Curious to know the real scoop, TheWrap asked Minear about the rumored Firefly revival at the Television Critics on Tuesday. Though there is really no Firefly revival in the works, Minear revealed that he and Whedon have been talking about making one over the past decade.

“Joss did sort of revive it by making Serenity,” said Minear, referring to the 2005 movie that served as a big-screen series finale for the series. “But we have talked about different permutations and how that might work. Do you take two of the characters and put them in a different place and sort of retell a new story with two old characters, with new characters?”

While that idea might work, Minear said that they’re not going to get all the main cast members back unless the revival will be set up as “a limited series, like they did for The X-Files.” “I would love to see, like, an eight- or 10-episode limited adventure in that universe,” Minear said.

Fortunately for Minear, Whedon and the fans, Fox isn’t really against the prospect of reviving Firefly.

“The macro answer is, any time we look at one of our classic titles, if there’s a way to reinvent it for today so it’s as resonant now as the original was, and is, to the fans, we’re wide open,” Fox Entertainment president Michael Thorn told TheWrap at TCA. “I loved Firefly, personally, and I watched every episode. I didn’t work on it, but I loved the show. It (talks of revival) had come up before, but we had The Orville on the air and it didn’t make sense for us to have, as a broadcast network who is very targeted, to have two space franchises on our air.”

Though Orville has already moved to Hulu, Thorn pointed out that Minear is currently “very busy” showrunning 9-1-1 and its upcoming spinoff, 9-1-1: Lone Star, both at Fox.

Starring Nathan Fillion, Gina Torres, Alan Tudyk, Morena Baccarin, Adam Baldwin, Jewel Staite, Sean Maher, Summer Glau, and Ron Glass, Firefly premiered in September 2002 on Fox and was canceled after 11 of the 14 produced episodes were aired. Despite its short life span, the series has gained a cult following after its successful DVD release that was followed by its expansion to other media, including comics and a role-playing game.