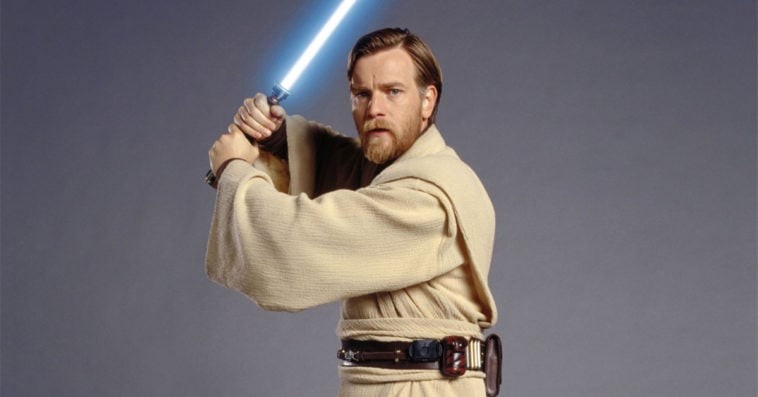 Ewan McGregor is in negotiations to reprise his Obi-Wan Kenobi role in a potential Star Wars series for Disney+.

No other details on the series are currently available. But fans may learn more about the project at next week’s D23 Expo that will be held in Anaheim, California from August 23rd to 25th.

McGregor previously played Obi-Wan Kenobi in the Star Wars prequel trilogy, which is comprised of the films The Phantom Menace (1999), Attack of the Clones (2002), and Revenge of the Sith (2005). The Scottish actor most recently revisited the role for 2015’s Star Wars: The Force Awakens, in which he made a voice-only cameo.

McGregor inherited the Obi-Wan Kenobi role from Alec Guinness, who originally played the beloved character in the Star Wars original trilogy — A New Hope (1977), The Empire Strikes Back (1980), and Return of the Jedi (1983).

Disney and Lucasfilm were reportedly developing a standalone feature film for Obi-Wan Kenobi in 2017. The movie was supposed to be helmed by Oscar-nominated director Stephen Daldry, but it was shelved after another standalone film, Solo: A Star Wars Story, performed poorly at the box office in the summer of 2018.

But just like the discussion of a Boba Fett film gave way to the upcoming Disney+ series The Mandalorian, the intention to produce a standalone Kenobi feature film also paved the way into the current plan for a big-budget Kenobi series for the streaming service.

In addition to The Mandalorian series created by Jon Favreau and starring Pedro Pascal, Disney+ is also developing a Star Wars spinoff starring Diego Luna and Alan Tudyk, who will be reprising their Rogue One characters Cassian Andor and K-2S0.

Whether or not McGregor will end up returning to the Star Wars franchise, the Golden Globe-winning actor has two major movies coming up. The first one is The Shining sequel Doctor Sleep, which is set to open in theaters on November 8th. The other is Birds of Prey, in which McGregor is set to play the role of Gotham City crime lord Black Mask. Birds of Prey is slated for a February 7th release.