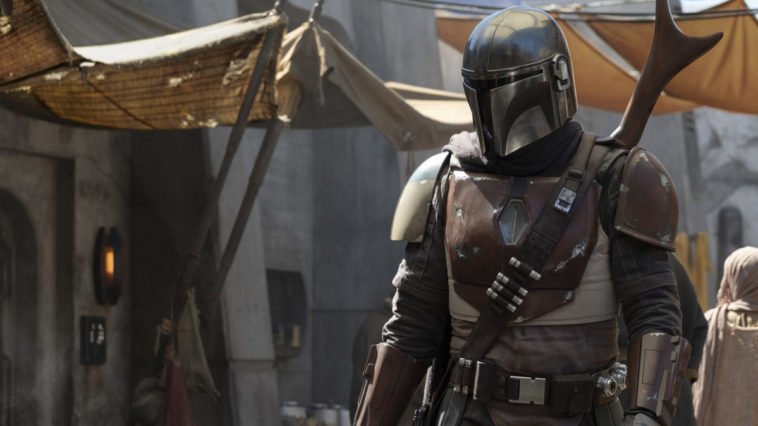 StarWars.com recently unveiled the show’s title, a list of directors, and behind the scenes photos rumored to be the lead character. Curiously missing, however, are the names of the show’s actors/actresses, as well as a proposed release date.

According to a synopsis posted by Favreau, the upcoming series, which is “set after the fall of the Empire and before the emergence of the First Order,” follows “a lone gunfighter in the outer reaches of the galaxy.” And we must admit, based on the photos, whoever this gunslinger is, he/she looks pretty badass. In the photos, we see a formidable warrior donned in traditional Mandalorian armor toting a rifle and pistol-style weapon at the hip.

And while these newly released images have Star Wars fans in a tizzy, as mentioned, we’re still waiting to hear news about a potential release date. Gizmodo is reporting that we will likely learn more once Disney officially reveals details about its upcoming streaming service.

Interestingly, this news comes shortly after we learned about Bob Igor’s plan to slow down on the company’s theatrical releases related to Star Wars.