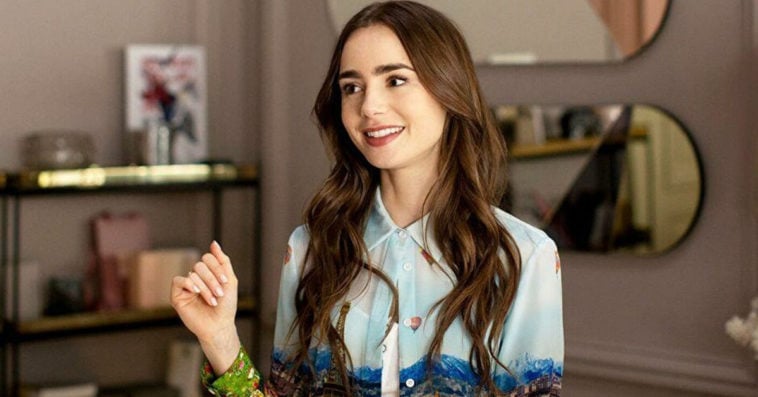 Lily Collins’ Emily Cooper has to extend her French work visa, as Netflix has renewed Emily in Paris for a second season.

The season 2 renewal news was first announced on Wednesday morning on Netflix’s official Twitter account with a video of the show’s main cast members saying “deux,” which is the French word for two. The 30-minute clip also includes the message, “Deux is better than un” (Two is better than one), and concludes with the confirmation that the comedy drama is indeed returning for a sophomore run.

Emily in Paris will return for Season 2! pic.twitter.com/QDOzpzjliz

The 10-episode season 1 of Emily in Paris follows Emily Cooper (Lily Collins), a driven 20-something American from Chicago who moves to Paris for an unexpected job opportunity. Tasked with bringing an American point of view to a venerable French marketing firm, Emily struggles to adjust to her new career while juggling her new friendships and love life.

Keeping with the theme of the show, Netflix’s official press announcement about the renewal came in a form of a letter from Emily’s boss, Slylvie Grateau (Philippine Leroy-Beaulieu), to her firm’s corporate brass in America.

“Nous sommes désolées! We are writing to regrettably inform you that Emily Cooper will need to remain in Paris for an extended period of time,” reads the letter. “Despite her overconfident manner and lack of prior experience in luxury goods marketing, she has nonetheless managed to charm some of our hard-to-impress clients during her short time at Savoir. Call it bonne chance, or American ingenuity — I’m leaning towards the former — her results are impressive.”

READ  When will the Disney+ price hike take effect?

“We love having Emily in Paris!” adds Grateau at the end of the note. “But please don’t let her know that.”

Collins also took to social media to share the renewal news. In a tweet, the actress wrote that she’s “beyond thrilled” about the season 2 pickup and is hoping that the fans are as excited as they are.

The season 2 renewal of Emily in Paris doesn’t come as a surprise, as the show was an instant hit for Netflix when it launched in October. In fact, the Darren Star-created series stayed on the streamer’s Top 10 list for a couple of weeks after its debut.

In addition to Collins and Leroy-Beaulieu, it appears that cast members Ashley Park (Mindy), Lucas Bravo (Gabriel), Samuel Arnold (Julien), Bruno Gouery (Luc), and Camille Razat (Camille) will also be back for the show’s second season, which doesn’t have a release date yet.