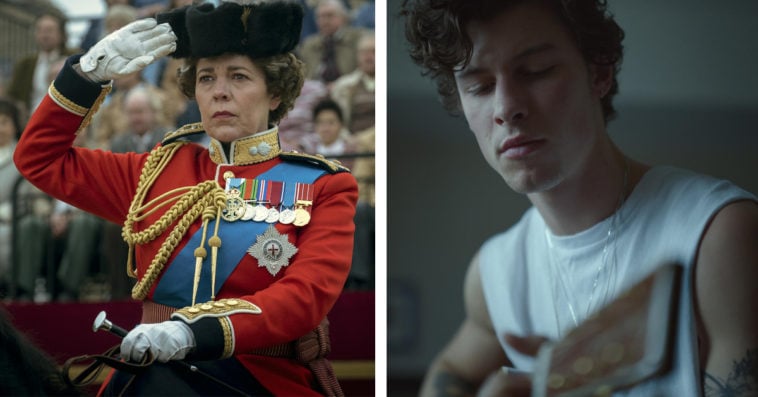 Netflix has unveiled the complete list of new content coming to its library this November, and while the slate is mostly made up Christmas and holiday titles, a number of fan-favorite original series are also included in the lineup.

A number of new Netflix original series are also set to debut in November, and these include two romantic comedy shows titled Love and Anarchy (November 4th) and Dash & Lily (November 10th). Swedish series Love and Anarchy centers on a married consultant and a young IT tech who kick off a flirty game that eventually leads them to re-evaluate their entire lives.

Dash & Lily, meanwhile, is based on the young adult book series Dash & Lily’s Book of Dares from authors Rachel Cohn and David Levithan and tells a whirlwind holiday romance that develops between a cynical young man named Dash and an optimistic young lady named Lily, as they trade dares, dreams, and desires in the notebook they pass back and forth at locations all across New York City.

A bunch of third-party TV series are also arriving on Netflix in November. The fifteenth and final season of The CW’s Supernatural will drop on the streamer in the latter part of the month, while the complete seasons of teen drama Dawson’s Creek and the documentary series Leah Remini: Scientology and the Aftermath will be available to stream starting on November 1st. America’s Next Top Model seasons 19 and 20 will arrive on November 15th, as well as seasons 20 and 28 of Survivor.

As mentioned above, most of the Netflix original films that are premiering next month are Christmas-themed, and these include romantic comedies Operation Christmas Drop (November 5th) and The Princess Switch: Switched Again (November 19th), as well as family movies Dolly Parton’s Christmas on the Square (November 22nd) and The Christmas Chronicles: Part Two (November 25th).

Netflix’s new non-holiday-themed original movies include dramas Citation (November 6th) and What We Wanted (November 11th). Based on real events, Citation tells the story of a bright student in Nigeria who takes on the academic establishment when she reports a popular professor who tried to rape her. What We Wanted, meanwhile, is about a couple facing fertility issues who find their marriage tested while on a vacation in a Sardinian resort.

The documentary Shawn Mendes: In Wonder will also premiere on Netflix on November 23rd. Shot over the course of his most recent world tour, this unguarded documentary follows Mendes as he makes sense of his stardom, relationships, and musical future.

Completing Netflix’s November slate are critically acclaimed third-party movies like A Clockwork Orange, Boyz n the Hood, Easy A, Platoon, and The Impossible. All these films will be available to stream starting November 1st.