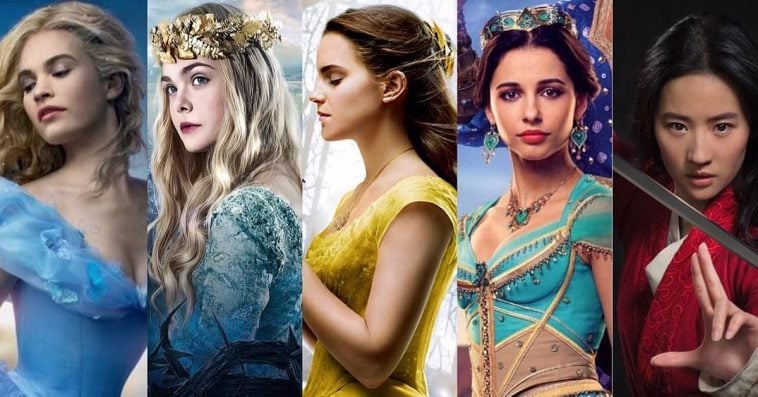 Since the Disney Princesses’ well-received cameo appearance in 2018’s Ralph Breaks the Internet, fans have become more interested in seeing a live-action movie starring all of the princesses. While that’s a difficult feat to pull off, the Mickey Mouse company is reportedly exploring the idea.

Sources told We Got This Covered that Disney is considering making a crossover movie featuring the various princesses from its recent and upcoming live-action adaptations. So should it move forward, the movie could star Lily James’ Cinderella, Elle Fanning’s Aurora, Emma Watson’s Belle, Naomi Scott’s Jasmine, Crystal Liu’s Mulan and Halle Bailey’s Ariel.

But since the project is still at a very early stage, the sources couldn’t tell exactly who among those actresses would be involved or if the film would just focus on a certain number of princesses.

The setting of the movie is also unclear at this time. But to make the crossover possible, the film would probably reveal that the different Disney Princess live-action movies are all set in the same world.

This exciting scoop came from the same sources that told We Got This Covered that a sequel to 2019’s Aladdin was in development long before it was confirmed by producer Dan Lin in an interview with ComicBook.com. They were also the sources who informed We Got This Covered that National Treasure 3 was in the works last year, before The Hollywood Reporter confirmed it earlier this week, noting that Chris Bremner is currently writing the script.

Scheduled for a March 27th release date, Niki Caro’s Mulan is the next live-action Disney Princess movie to hit theaters.