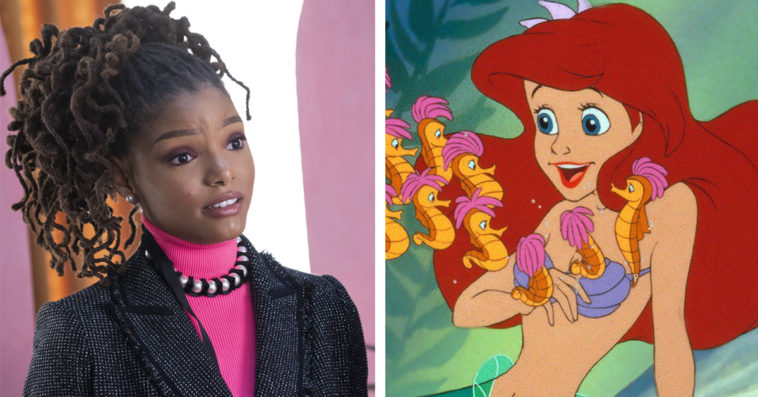 Disney has found the star of its live-action adaptation The Little Mermaid.

Singer-actress Halle Bailey, who is best known as one half of the R&B sister duo Chloe x Halle, was cast as Princess Ariel in the Rob Marshall-directed movie. The casting decision was made on Wednesday, with Bailey being notified about her casting soon after.

Just Announced: Halle Bailey has been cast in the upcoming live-action reimagining of The Little Mermaid. https://t.co/YnLAdbZSmN pic.twitter.com/Y4B0ZKfuIr

“After an extensive search, it was abundantly clear that Halle possesses that rare combination of spirit, heart, youth, innocence and substance — plus a glorious singing voice — all intrinsic qualities necessary to play this iconic role,” said Marshall of the 19-year-old budding actress in a statement.

After gaining popularity with YouTube covers, Bailey signed to Beyoncé’s Parkwood Entertainment label together with her sister Chloe. So far, they have released an album, two extended plays, and a number of singles for various TV series and movie soundtracks.

On the acting front, Bailey guest-starred in a 2007 episode of TBS’ House of Payne and currently plays the series regular role of Skylar Forster in Freeform’s Grown-ish.

In a tweet posted on Chloe x Halle’s official Twitter account, Bailey wrote that getting cast as Princess Ariel was a “dream come true” for her.

As expected, fans have been sending their congratulations to Bailey and expressing their excitement about the movie through funny gifs.

CONGRATULATIONS!!!! I’M SO PROUD OF YOU pic.twitter.com/B7m9T67vlN

However, there are also some who are not pleased with Bailey’s casting as King Triton’s rebellious daughter. Most of those people call Disney’s casting decision blackwashing as Princess Ariel has a fair skin in the 1989 animated film.

Sorry, but completely nonsense. This character is red hair and white, not a problem with black people, but is similar to produce a Moana live action with a pale white girl. Well! pic.twitter.com/vsnFF0DYd6

You’re beautiful and talented, but you don’t look like Ariel.

You do not fit into that role, you will never be Ariel! You’re ruining a classic

Disney’s live-action take on the beloved classic will feature Alan Menken and Howard Ashman’s songs from the original movie as well as and new tunes from Menken and Lin-Manuel Miranda. Producing the film are Marshall and Miranda, along with Marc Platt and John DeLuca. David Magee wrote the latest script for the movie after Jane Goldman.

Disney is still in the process of rounding up the cast, but Melissa McCarthy, Jacob Tremblay, and Awkwafina are all in talks to star and lend their voices to other live-action and CG parts in the movie.

Production on the movie is expected to start in early 2020.