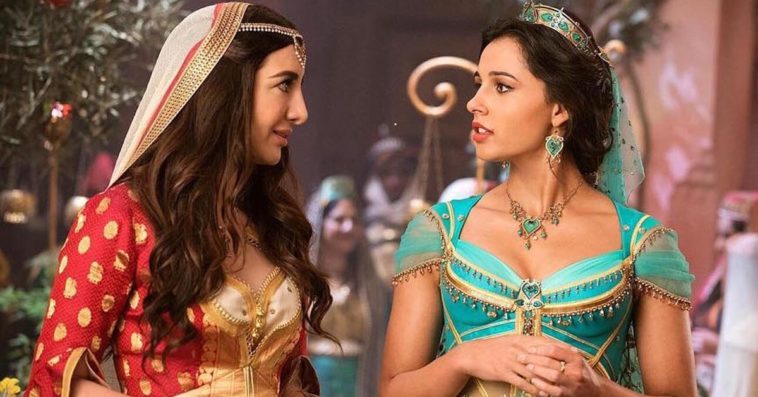 Disney has released a number of first-look photos from its upcoming live-action remake of Aladdin.

One of the official images features Will Smith. Though the Oscar nominee plays Genie in the Guy Ritchie-directed movie, Smith appears in human form in the said picture. To avoid confusion among fans, Smith quickly took to his Facebook page to explain that his look in the photo is not his character’s normal look in the film. “Yes, I’m gonna be BLUE! This is how the Genie is in Human / Disguise Form,” the 50-year-old actor wrote. “My character will be CGI most of the movie.”

It’s a whole new world! ✨Get an exclusive preview of Disney’s updated take on #Aladdin — plus new photos and scoop on #TheCrown, #KillingEve, #Hellboy, and more — in our magical First Look issue. Click the link in our bio for a sneak peek, and pick up the issue on newsstands starting 12/21. ?: Disney

A post shared by Entertainment Weekly (@entertainmentweekly) on Dec 19, 2018 at 4:44am PST

The final version of Smith’s Genie in his blue floating lamp form isn’t finalized yet. But Ritchie said that he wants Genie to look like a “muscular 1970s dad.” “He was big enough to feel like a force — not so muscular that he looked like he was counting his calories, but formidable enough to look like you knew when he was in the room,” the filmmaker explained.

In addition to a much better look at Mena Massoud’s Aladdin, who fans first saw in the first teaser trailer for the film, the new batch of pictures also gave fans their first look at Naomi Scott’s Princess Jasmine. While Scott’s Jasmine nailed the look of the Princess of Agrabah in the original Aladdin flick, moviegoers might notice something different about the new iteration of the character. Ritchie said that they made Jasmine “a more rounded character and maybe not being such a stereotype of the time” in the remake.

We can show you the world… of Disney’s live-action #Aladdin! Get a shining, shimmering, splendid first look at the reimagined classic in these exclusive new photos. Swipe ?? for a sneak peek, and click the link in our bio to see them all. ?: Daniel Smith/Disney

A post shared by Entertainment Weekly (@entertainmentweekly) on Dec 19, 2018 at 6:07am PST

As also seen in the first-look photos, the film will introduce the new character of Dalia. Played by Nasim Pedrad, Dalia is “Jasmine’s handmaiden and best friend who helps Jasmine navigate the suitors attempting to win her hand.”

Other characters featured in the first-look photos are Marwan Kenzari’s Jafar and Aladdin’s pet monkey Abu.