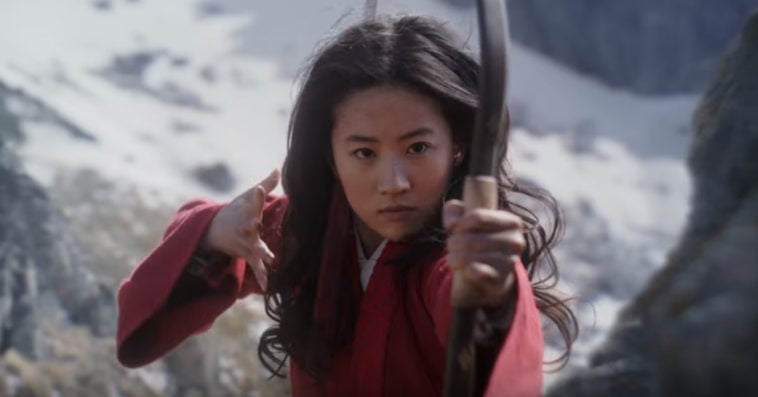 Mulan is all set to bring honor to her family and country in the first official teaser for Disney’s live-action adaptation of Mulan.

The one-and-a-half minute promo clip, which debuted during halftime of the FIFA Women’s World Cup on Sunday, starts with Mulan (Liu Yifei) riding her horse Khan on her way home. When she arrives home, the teaser shows the remake’s version of the classic matchmaking scene from the 1998 animated film Mulan on which the movie is based.

“We have excellent news. The matchmaker has found you an auspicious match,” Mulan’s mother gladly tells her. When Mulan doesn’t give any response, her father, Zhou (Tsi Ma), says: “It is decided … it is what is best for our family.”

Though Mulan is not completely on board with her parents’ decision, the heroine is willing to sacrifice her personal happiness just to make her family’s life better. “Yes, I will bring honor to us all,” Mulan assures her parents and her sister, Xiu (Xana Tang).

But as pointed out in the striking montage at the latter part of the teaser, Mulan is a lot more than that. She’s also a courageous warrior who has impressive skills in martial arts, swordsmanship, marksmanship, and horseback riding.

When the Emperor of China (Jet Li) issues a decree that one man per family must serve in the Imperial Army to defend the country from Northern invaders, Mulan steps in to take the place of her ailing father. Masquerading as a man under the name Jun, she is tested every step of the way and must harness her inner-strength and embrace her true potential.

Directed by Niki Caro from a screenplay by Rick Jaffa, Amanda Silver, Elizabeth Martin, and Lauren Hynek based on the narrative poem The Ballad of Mulan, the movie is an epic journey that will transform Mulan into an honored warrior and earn her the respect of a grateful nation and a proud father.

Though the teaser doesn’t feature any musical or fantastical elements of the original animated film, it does give a nod to the iconic Honor to Us All song by playing a few notes of the track over Mulan’s scene with her family.

In addition to the teaser, Disney also unveiled a poster for the movie.

Mulan, which also stars Donnie Yen as Commander Tung; Jason Scott Lee as Böri Khan; Yoson An as Cheng Honghui; and Gong Li as Xianniang, is slated for a March 27th, 2020 release.