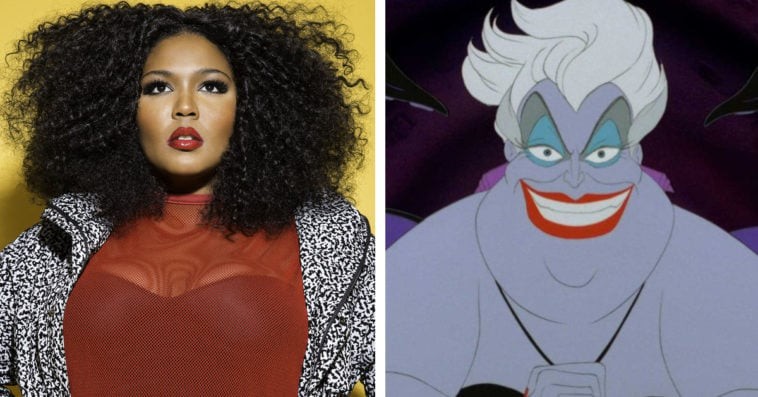 Shortly after it was reported that Melissa McCarthy is in early talks to play the sea witch Ursula in Disney’s live-action adaptation of The Little Mermaid, singer-rapper Lizzo took to Twitter to remind everyone that she’s trying to get the villainous part as well.

Lizzo, aka Melissa Viviane Jefferson, reacted with a sad emoji to the Variety story reporting that McCarthy is Disney’s top pick for the role of Ursula. A couple of hours later, Lizzo retweeted a video of her own rendition of the song Poor Unfortunate Souls, which Ursula sang to Princess Ariel in the 1989 animated film. The playful video, which was originally posted on November 1st, 2018, would easily pass as an audition tape as it shows Lizzo performing the song while in full hair and makeup as Ursula.

Fans were quick to show their support to Lizzo, with lots of them tweeting that Disney should cast her as Ursula.

Lizzo or no one.

I will not settle for less than @lizzo as Ursula, @Disney !

They better give her this role. No one else is more suited. Period.

Some fans even claimed that they would not watch the movie if Disney would not give the role to Lizzo.

@Disney if she is not in the movie, we’re gonna cancel your fucking Castles with the movies included.

unless lizzo is Ursula, we boycott

However, not everyone is impressed with Lizzo’s attempt to score the part. Some commented that her acting and singing skills aren’t strong enough to play a live-action version of Ursula on the big screen.

Yeah but melissa mccarthy is a better actress

Though Lizzo has two albums out, she’s only got one acting credit so far, and that’s for an episode of the 2017 Adult Swim mini-series The Memestar Chronicles. McCarthy, on the other hand, has played more than 55 roles in TV and film since 1997, and two of these roles even earned her Oscar nominations.

Rob Marshall, who helmed Disney’s the sequel Mary Poppins Returns last year, is set to direct the live-action adaptation of The Little Mermaid. The movie will feature Alan Menken and Howard Ashman’s songs from the original 1989 animated hit as well as and new tunes from Menken and Lin-Manuel Miranda. Producing the film are Marshall and Miranda, along with Marc Platt and John DeLuca. David Magee wrote the latest script for the movie after Jane Goldman.

No release date has been set yet, as Disney is believed to be still on the lookout for actors that would complete the cast.