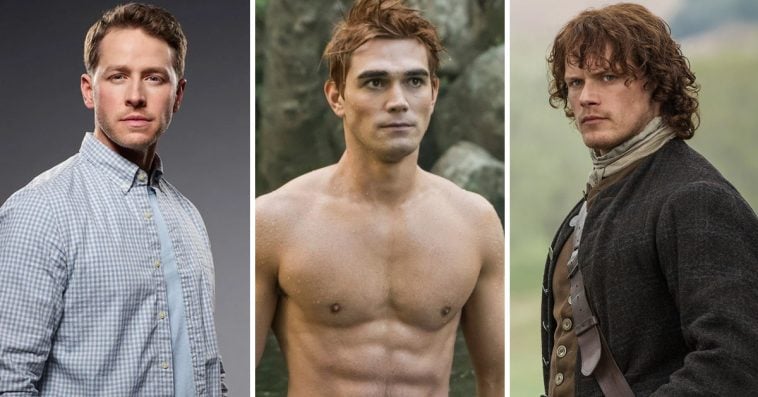 Dozens of trailers for new and returning TV shows and web series debuted at the New York Comic Con this weekend, and to help you choose what to watch first, we’ve put together a list of must-see trailers from the annual fan convention.

The trailer opens with Jean-Luc Picard (Patrick Stewart) dreaming. In his dream, Picard finds his late former crew member Data (Brent Spinder) painting in the vineyard. Data is painting a hooded girl on what seems to be a cliff overlooking the big waves of the sea. “Would you like to finish it, captain?” Data asks. When Picard replies he doesn’t know how to do that, the Soong-Type Android tells him, “That is not true, sir.”

Back in the real world, a mysterious young woman named Dahj (Isa Briones) — who seems to be the hooded girl in Picard’s dream — appears in the vineyard and asks Picard for his help. While the trailer doesn’t specify why Dahj needs Picard, her appearance alone makes him visit the Starfleet to ask for assistance.

Unfortunately for Picard, he doesn’t get the support he’s expecting, so he forms his own crew that would help him carry out this top secret unauthorized rescue mission. His new team includes pilot Chris Rios (Santiago Cabrera), ex-intelligence officer Raffi Musiker (Michelle Hurd), Romulan refugee Elnor (Evan Evagora), Dr. Agnes Jurati (Alison Pill), Seven of Nine of the Borg (Jeri Ryan), and Narek (Harry Treadaway), who also seems to be a love interest for Dahj.

The trailer ends with Picard visiting two of his original team members Deanna Trois (Marina Sirtis) and William Riker (Jonathan Frankes), who support his decision to go back in action.

Set nearly a decade after the onset of the zombie apocalypse, the yet-to-be titled series follows the first generation of children to come of age during the apocalypse. Calling themselves “Endlings,” they were raised behind walls and have never actually experienced survival. But as seen in the trailer, a group of these Endlings in Virginia decides to see the real world by themselves, leaving the walled community that kept them safe for years.

The series is set to be released in spring 2020.

The trailer opens with Archie (KJ Apa), Veronica (Camila Mendes), Jughead (Cole Sprouse), and Betty (Lili Reinhart) planning for a camping trip to the woods. However, their fun hangout at Pop’s turns into a heartbreaking moment when Archie gets a call informing him that his father, Fred (Luke Perry) has died. To honor his father, Archie later converts the boxing gym into a community center. But there’s more to him in the upcoming season than trying to move on from his dad’s death. As teased in the trailer, Archie is also suiting up as masked crime fighter.

Elsewhere, Veronica starts to uncover the full truth about her criminal father; Betty tries to search for answers about Charles as well as her missing mother; and Cheryl (Madelaine Petsch) contacts her dead brother but gets messages from beyond from someone else instead.

The trailer also teases the new threats Jughead will face when he heads off to a fancy prep school, which will likely lead up to that mysterious night in the woods at the end of Season 3 that had all fans worry about the character’s fate.

Riverdale returns to The CW on October 9th.

The video is divided into two parts. The first half is a look back to the first season, while the latter half teases what fans can expect from Season 2. The second half of the trailer opens with Ben (Josh Dallas) who’s still working hard to save his fellow passengers from the “death dates.” His job as a professor won’t also be easier, as more of his students are becoming curious about what the mysterious flight has done to him.

Ben also meets a young man named TJ (Garrett Wareing), who happens to be a suspect to the murder of a girl. TJ tells Ben that he didn’t do it, but the pieces of evidence collected by Michaela (Melissa Roxburgh) say otherwise. Ben wants her sister to dig deeper on the investigation because he’s convinced that TJ is innocent. Michaela, however, reminds Ben that he has just met TJ,  so she has all the reasons to doubt him.

Elsewhere, Saanvi (Parveen Kaur) is about to share a Flight 828 discovery with Major (Elizabeth Marvel), but is later told by Ben that Major has a mole accessing her research.

With the hit sci-fi series jumping 930 years into the future, majority of the trailer shows Commander Michael Burnham (Sonequa Martin-Green) coming to terms with how far forward in time she and her crew have been flung.

The video also introduces the new character Cleveland Booker (David Alaja), who appears to be some sort of advisor for Burnham.

Though the clip starts with Burnham being separated from her crew, a happy reunion between all of them is seen in the middle of the trailer, which also previews the return of Philippa Georgiou (Michelle Yeoh). Now living in a time filled with uncertainty, the U.S.S. Discovery crew, along with the help of their new friends, must together fight to regain a hopeful future.

Season 3 of Star Trek: Discovery is set to debut in the U.S. sometime next year on CBS All Access.

The teaser trailer sees Claire (Caitriona Balfe) and Jamie (Sam Heughan) defending their home on Fraser’s Ridge. While Jamie is determined to keep his hard-won American life, Claire feels particularly guilty for everything their family is going through right now. “It’s my fault that you’re all here, fighting the dangers to the Carolina wilderness. I hope you don’t stay,” Claire tells Jamie. It remains unclear, however, whether fans are going to see the couple travel to a new era at some point in the new season.

The trailer introduces Elizabeth Hurley’s Morgan le Fay, the magical baddie with connections to the dark dimension that is responsible for Nico’s (Lyrica Okano) descent into darkness at the end of last season.

Aside from searching for their captured friends Chase (Gregg Sulkin), Gert (Ariela Barer), and Karolina (Virginia Gardner), they — as teased in the video — will also face some troubles while trying to figure out which of their parents and possibly even themselves have become possessed by alien spirits.

The trailer concludes with a little sneak peek at the upcoming crossover between Runaways and Cloak & Dagger, showing Tandy (Olivia Holt) and Tyrone (Aubrey Joseph) emerging from the shadows and asking a possibly-evil Nico what madness she’s done.

All 10 episodes of Marvel’s Runaways will be released on Hulu on December 13th.

#8 She-Ra and the Princess of Power Season 4

The trailer opens with She-Ra’s alter ego Princess Adora being told by a mysterious voice offscreen: “She-Ra is not the sword. She-Ra is you.” Princess Adora then unsheaths her sword and says the magic command, “For the honor of Grayskull!” before fans are treated to a montage of scenes taken directly from the upcoming fourth season.

The 13-episode Season 4 of She-Ra and the Princess of Power will be available to stream on Netflix starting November 5th.