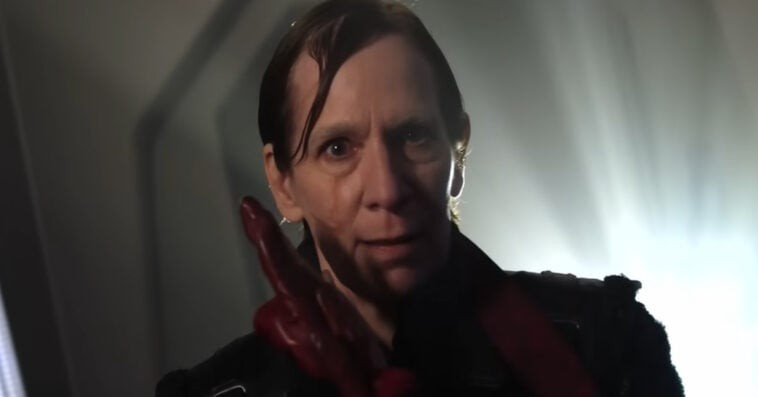 Paramount+ dropped a new teaser trailer for Star Trek: Picard season 3 at New York Comic Con (NYCC) last Saturday. And unlike previous teasers that focused on the nostalgia-laden return of Star Trek: The Next Generation’s primary cast, the latest promo video centers on the major villains that Jean-Luc Picard (Patrick Stewart) and his crew will have to face in the final voyage of the titular character.

Picard doesn’t initially know who is hunting him, his crew, and the Federation as a whole, until the teaser reveals it to be Vadic (Amanda  Plummer), the captain of an alien vessel called the Shrike. Vadic’s reason for attacking the Federation is not clear, but Raffi notes that Vadic’s followers are “blind to something big.”

Crusher, meanwhile, speculates that Vadic and her crew are after Picard’s life. “It could be what it always was. Attempts on your life,” Crusher tells Picard at some point in the teaser.

Without giving away her main objective, Vadic is seemingly talking about Picard when she says the following lines: “I’ll peck. I’ll jab at everything that makes you, you. We will scorch the Earth under which he stands. And then, the night will brighten with the ashes of the Federation. But first, we will have vengeance.”

As if Vadic isn’t already a terrifying foe, the trailer goes on to reveal two more villains: Lore and Holographic Doctor Moriarty

To be played by Brent Spiner, Lore is Data’s evil android twin brother that was believed to have been deactivated permanently in the second part of The Next Generation season 7 premiere, Descent.

Holographic Doctor Moriarty, meanwhile, is the holodeck character who appeared in The Next Generation’s episodes Elementary, my Dear Data and Ship in a Bottle. The Picard villain will be portrayed by the character’s original actor, Daniel Davis.

In addition to the villains, the Picard season 3 NYCC trailer also reveals two new key characters who happen to be Geordi’s children. Played by Sharpe Chestnut, Ensign Sidney La Forge is Geordi’s eldest son and the conn officer of the U.S.S. Titan. Ensign Alanda La Forge, meanwhile, is Geordi’s youngest child, who will be played by Burton’s own daughter, Mica Burton.

Paramount+ also released a new midseason return trailer for Star Trek: Prodigy. Debuting on October 27th, the second half of the show’s first season will pick up where things left off, with Vice Admiral Janeway (Kate Mulgrew) hunting down the abandoned USS Protostar ship that was taken over by Dal (Brett Gray), Gwyn (Ella Purnell), and other young crewmembers.