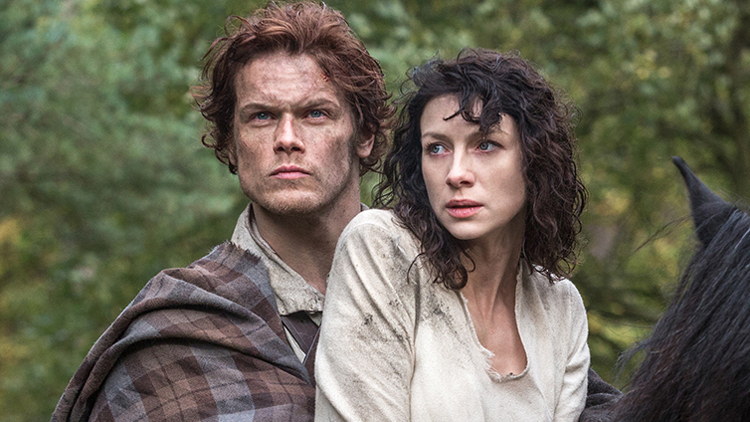 Outlander is a series about a nurse from 1945 who is mysteriously swept back in time to 1743. To be fair, that’s a pretty complex situation for anyone, let alone a WWII nurse who didn’t really expect it to happen to her. Thus, it’s no surprise that her story will take far longer than just four series to tell.

Of course, the massive fanfare of the series could have something to do with it too. When people are watching, why wouldn’t they keep on making it?

Starz and Sony Pictures Television have announced that the series has been renewed through to season 6.

They also revealed that season four is currently filming in Scotland and it will premiere on Starz in November of this year.

Starz president and CEO, Chris Albrecht, also let fans know that the two main characters of the show, Claire and Jamie, will delve into American history in future episodes.

The series which is based off Diana Gabaldon’s novels, will continue to follow the outline of the books. The fourth series is based on Drums of Autumn and seasons five and six will cover the events of The Fiery Cross, and A Breath of Snow and Ashes, respectively.