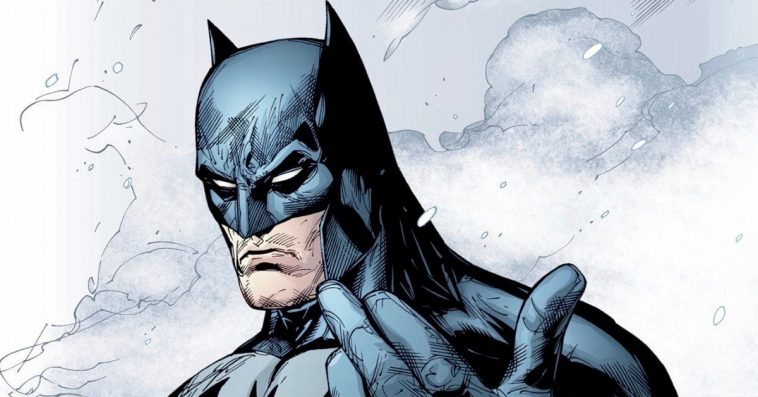 Having written a lot of comic books featuring Batman since 2011, Scott Snyder often gets asked if the Caped Crusader can ever be happy. And though Batman’s role in protecting the crime- and corruption-ridden Gotham is no easy task, Snyder thinks that Batman is happy being Batman.

“I get asked sometimes if batman can ever be happy, and the strange thing is that for me, he is. At least with being batman,” Snyder tweeted on Tuesday. “He created a family, but more than this he’s dedicated his life to something he believes in. It’s life lived in service of and sacrifice for an ideal.”

Though Batman questions his efficacy as a vigilante, Snyder believes that Bruce Wayne didn’t have second thoughts when he finally decided to suit up as the Caped Crusader. “His demons come from doubts about batman’s effectiveness, not doubts about his choice to be batman,” explained the scribe. “Don’t get me wrong, there are opposing versions I love, some are actually favorites, but that’s the one I return to.”

A lot of Batman fans agreed to Snyder, with some of them even commenting that the writer’s unique interpretation of the iconic DC character is one of the reasons they love the Batman comic book series he authored.

100% agree. Bruce has Alfred, a family he built for himself, an incredibly large and loyal circle of friends, a legacy that’ll live past him once he’s gone, and a job that he chose for himself that’s fulfilling, meaningful, and that he loves (whether he wants to admit it or not).

The way you write Bruce in JL solidifies your tweets further. It’s clear he’s not as broody and melancholy anymore. He still retains that signature Batman attitude, but it breaks here and there with the occasional one liner he’ll drop.
He’s happy to around friends-

– he just won’t admit it

and this is why i consistently love your Batman stories pic.twitter.com/KjNJFkW2HY

This is why you’re one of my favorite Batman writers.

And that’s why you are so awesome Mr. Snyder!!! I completely agree with this!!!

But as expected, there are also some fans who don’t think Batman can ever be happy.

(I would assume Batman would be a deeply sad individual — and I mean that because he is compassionate, empathetic, cares so much — and I would assume all he has seen and experienced would not only (rightfully) legitimize that sadness but also affect what makes him happy…

With how violently Batman sometimes acts ( like brutally beating up his villains or other criminals- I think there has to be a line, if you want to be a hero) I don’t think he deserves to be happy, therefore I don’t ask myself this question.

In the end, whether or not Batman is happy being Gotham’s prime protector is subjective, and that’s actually one of the things that make him such an interesting character. After all, Batman is a complicated hero and readers have all the freedom to interpret the character any way they like it.

Snyder is a co-writer of the Batman: Gates of Gotham miniseries. He also served as a writer for the comic book series Batman, Swamp Thing, Batman Eternal, Justice League: No Justice, and many more.