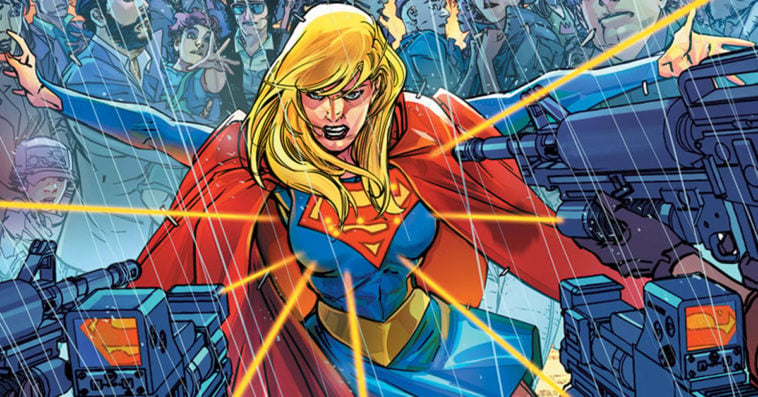 The seventh volume of the comic book series Supergirl is coming to an end.

According to DC’s recently released May 2020 solicitations, Supergirl will end its current run with issue #42, which is expected to become available on May 27th.

News of the volume’s cancellation comes as a surprise to many as writer Jody Houser and artist Rachael Stott have just started their run on the title a few months ago. To be exact, their first issue together, #32, was only published last December.

While Houser has yet to address the cancellation, Stott has taken to Twitter to share that she has had so much fun working on the title. And though she’s sad that it’s about to come to a close, she’s quite certain that the title will come back at some point in the future.

I was only meant to be on till #40, but DC asked me to finish up this run of adventures for Kara. It's been so much fun. It's sad that it's finishing, but no book stays gone forever. ❤

Also- nothing lined up after this if anyone's looking for an artist 🤞 https://t.co/lQ9NjrgpEF

The volume’s current arc, I’m The Bad Guy, has seen Supergirl transform into a baddie after being infected by a tainted Batarang that was meant for Superman. In last week’s issue #39, Wonder Woman tried to stop Supergirl from her plans to “save” Earth through her twisted and evil measures. These caught the attention of the U.S. Military and decided to dispatched armed technology created by Lex Luthor. And though the military failed to put down Supergirl, they’re now seemingly more committed to finish the Kryptonian once and for all. Check out the solicitations for the volume’s final issue below:

“Deemed a threat by the U.S. military, Supergirl is now a wanted villain! General Corvid has come for our hero—and she won’t give up until Kara’s gone for good. Meanwhile, the superstorm rages stronger than ever, while hundreds remain helpless against it. Can Supergirl prove that she’s the hero the people once believed her to be? Or will she let everyone down—including herself? Find out in the pulse-pounding series conclusion!”

DC declined to comment on the title’s cancellation and has not announced whether a new Supergirl title will launch following the finale.