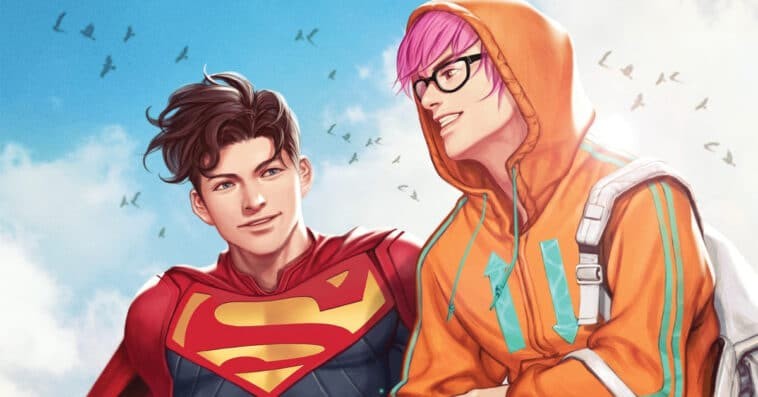 Jonathan Kent, the current Superman in the DC Universe, will come out as bisexual in the upcoming Superman: Son of Kal-El #5 from writer Tom Taylor and artist John Timms. The story of his coming out will drop in November, but the announcement was made today, October 11th, in honor of National Coming Out Day.

Jon is the son of Clark Kent and Lois Lane, and the former Superboy. He became the new Superman in DC’s main publishing line following the events of Future State. Despite his young age, Jon has served as Earth’s guardian since Clark was off-world. And with the recent revelation of his impending coming out, Jonathan will finally have someone to confide in.

Jon’s new romantic interest is reporter Jay Nakamura, his hacker friend and the Lois Lane fanboy readers have been seeing Jon get close to in the pages of Superman: Son of Kal-El. According to a statement from DC, “Following a scene where Superman mentally and physically burns out from trying to save everyone that he can, Jay is there to care for the Man of Steel.”

“We are in a very different and much more welcome place today than we were 10, or even five years ago,” Taylor told IGN about the decision to have Jon come out as bisexual now. “When I was asked if I wanted to write a new Superman with a new #1 for the DC Universe, I knew replacing Clark with another straight white savior could be a real opportunity missed. I’ve always said everyone needs heroes and everyone deserves to see themselves in their heroes. Today, Superman, the strongest superhero on the planet, is coming out.”

For Timms’ part, the artist told IGN that the decision to make Jon bisexual is “a pretty big deal,” but he’s hoping that “this kind of thing will not be seen as a big deal in the future.” He said: “As we have seen Jon grow up in front of our eyes, it will be interesting to see him not only trying to find himself as a person but a global superhero in the complex atmosphere of modern life. … You could visualize how it could pan in the future when the most powerful man in the world is part of the LGBT community. So many things are on the horizon and beyond.”

Meanwhile, DC Chief Creative Officer and Publisher Jim Lee said in a statement that they “couldn’t be prouder” to tell Jon’s coming-out story from Taylor and Timms. “We talk a lot about the power of the DC Multiverse in our storytelling and this is another incredible example,” Lee added. “We can have Jon Kent exploring his identity in the comics as well as Jon Kent learning the secrets of his family on TV on Superman & Lois. They coexist in their own worlds and times, and our fans get to enjoy both simultaneously.”

Superman: Son of Kal-El #5, which features Jon and Jay’s first kiss, will be on shelves and released digitally on November 9th. It also comes in three different covers, which can you see below: 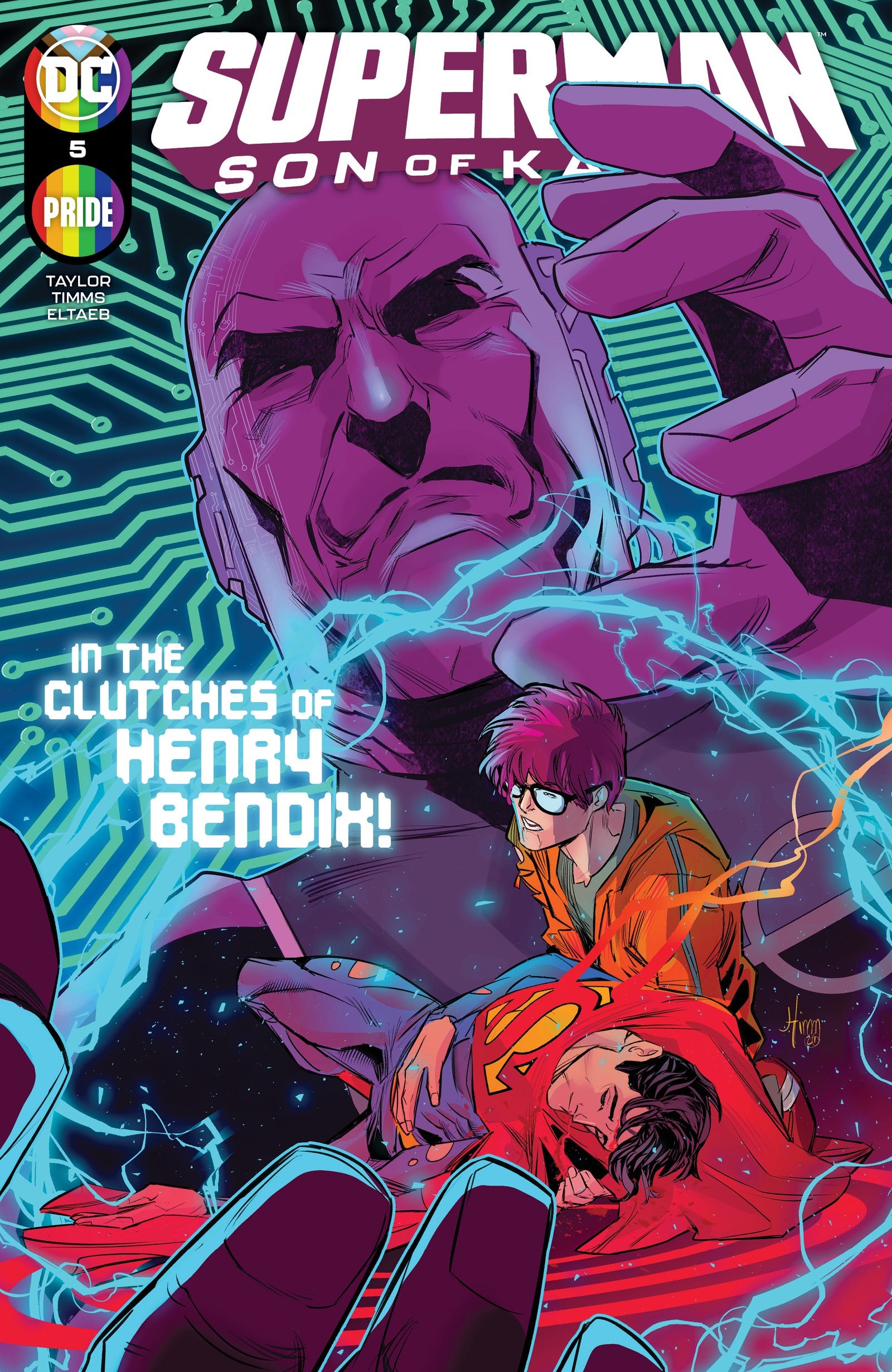 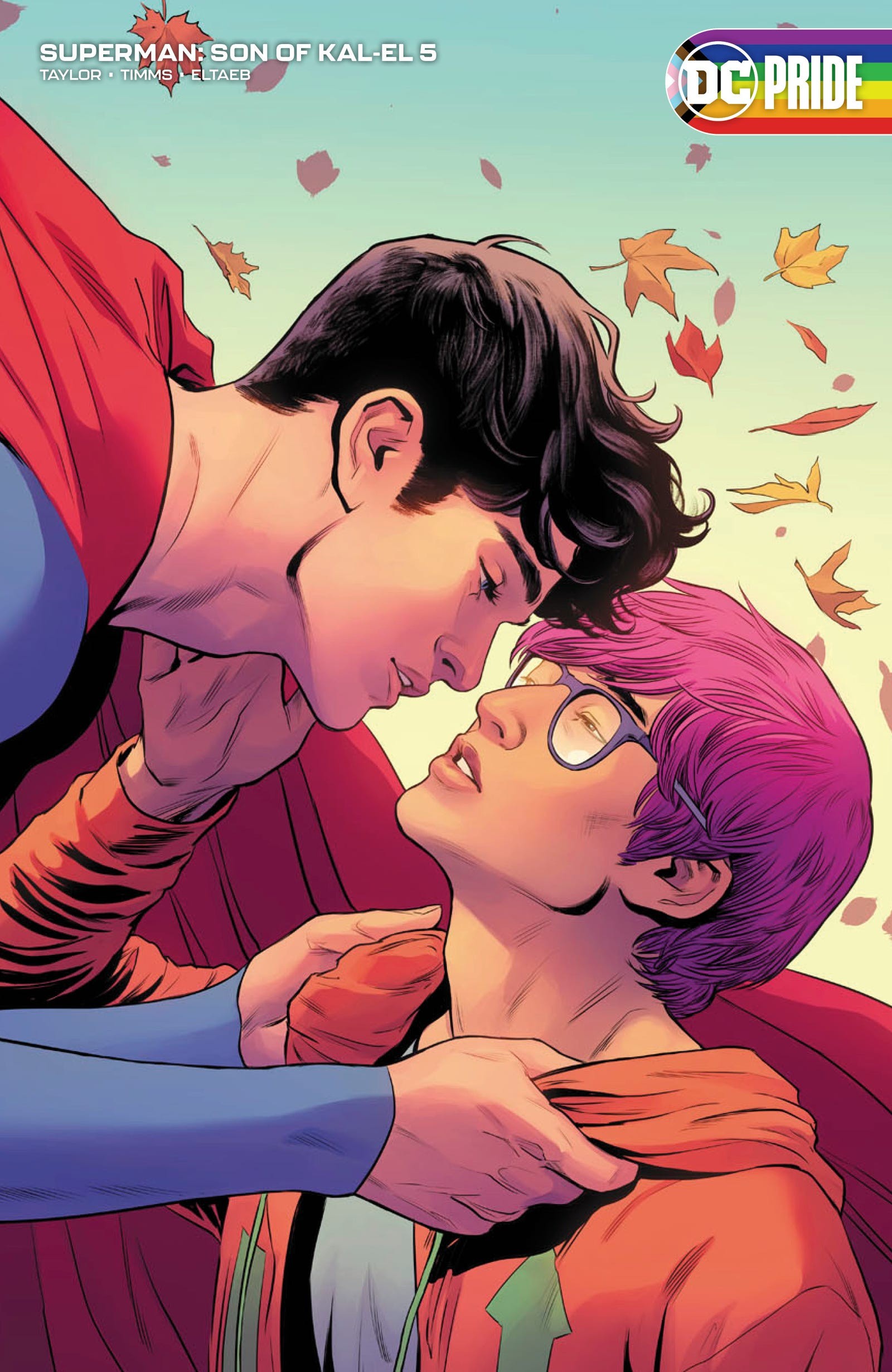 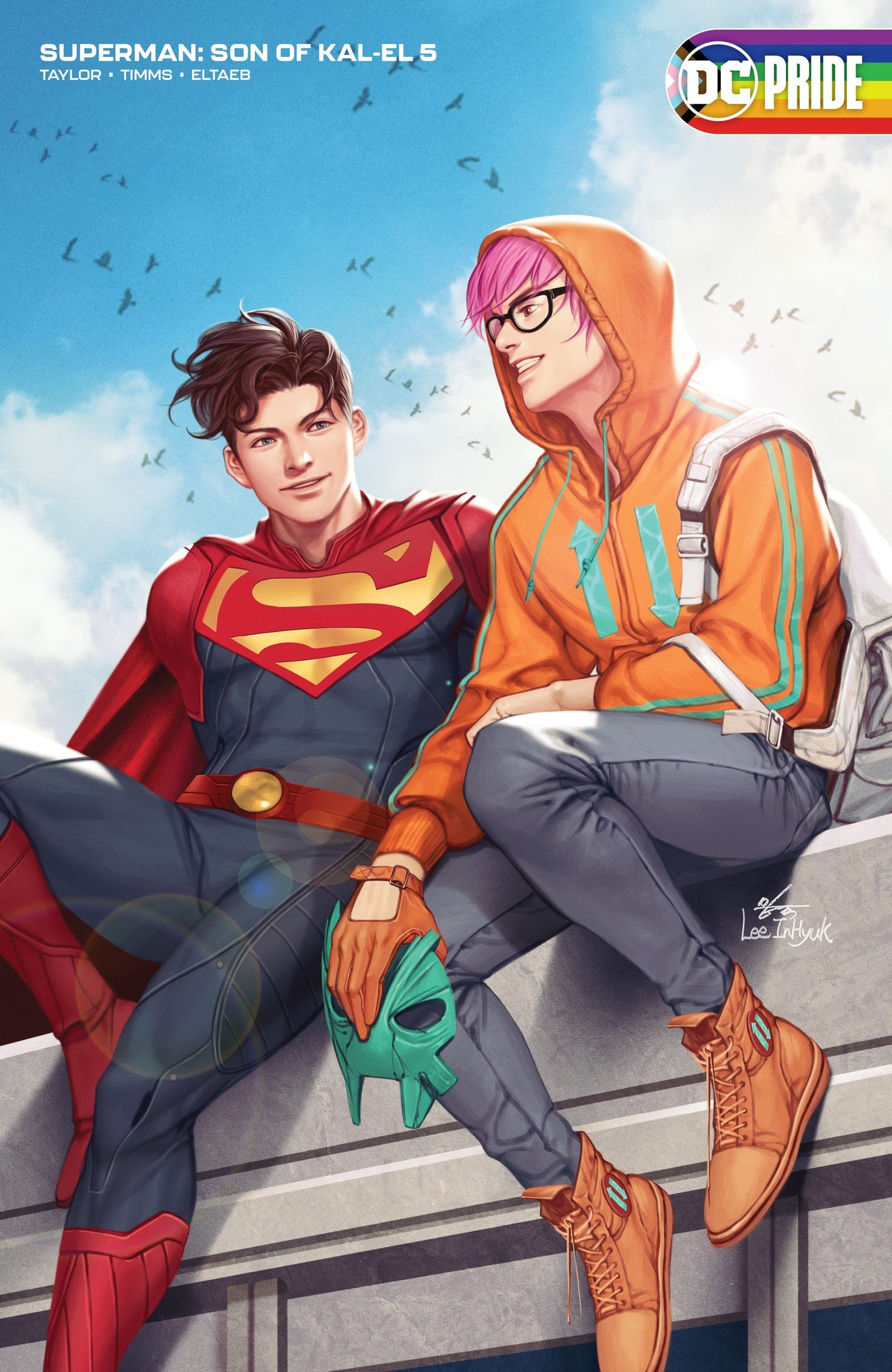 Jon’s coming out follows the recent revelation that Tim Drake, the former Robin and current Red Robin, is also a member of the LGBTQ community. Tim came out as bisexual in the pages of Batman: Urban Legends last August. With Jon, Tim, and Wonder Woman ― who has long been confirmed as bisexual, each member of DC’s “Trinity” now has a major bisexual character in their family.