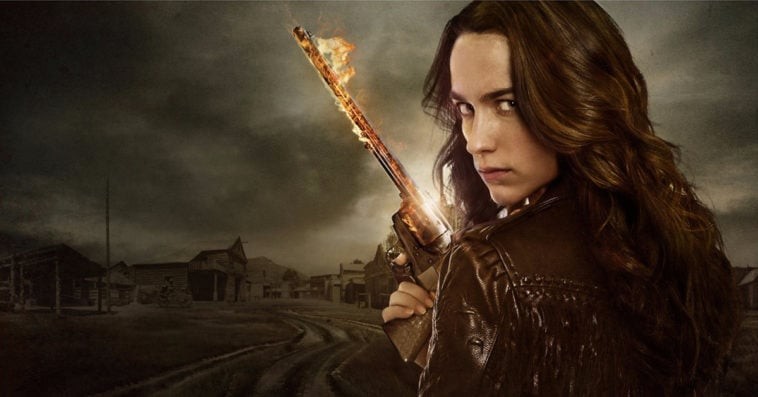 Wynonna Earp fans have bought several billboard spaces in Times Square to show their love and support for the Syfy series as production for its Season 4 continues to be delayed.

Based on a Twitter thread posted by @NonnaWayhaught, these billboards feature photos of the cast, the hashtag #FightForWynonna, and a plead to producers IDW Publishing and IDW Entertainment to deliver the fourth season they promised. Check out some of the billboards below:

3 – on we go to number three… pic.twitter.com/kZoZMVL47C

Kevin Bachelder, host of the Wynonna Earp fan podcast Tales of the Black Badge, said that the billboards in Times Square show how far the Earpers can go just to make sure that they will get the already renewed Season 4 of the Melanie Scrofano-led series. “The primary goal is to show that the Earpers will do anything and everything to support the show as well as the companies behind it like IDW and all other current or future financial backers,” said Bachelder.

Apparently, Earpers’ concerted effort was not left unseen, as Scrofano herself and showrunner Emily Andras bought their own billboard space to let the fans know how thankful they were for their undying support.

As reported by Den of Geek, these financial difficulties have stemmed from the higher than expected amount of money that the IDW Entertainment had spent for its new projects like Netflix’s Locke & Key and October Faction.

“IDW is committed to continuing to tell the Wynonna Earp story,” IDW said in a separate statement. “Much like the fans, we are passionate about not only the series, but the comics, the characters and the overall message that the Wynonna Earp franchise carries. We are in the process of working out the details for how the Wynonna story will continue and will share new details very soon.”