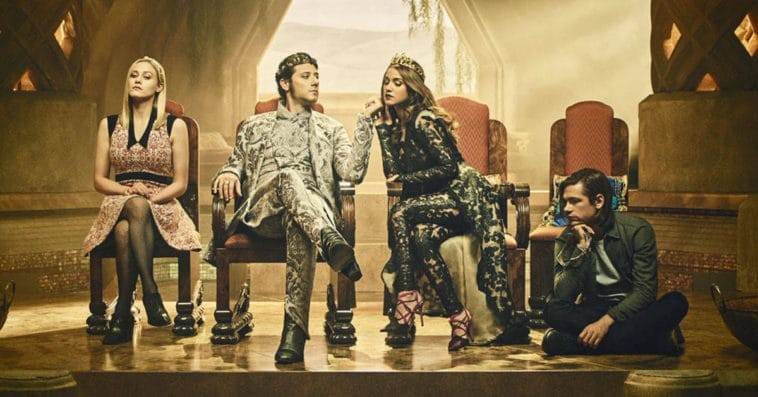 Syfy has announced that its long-running fantasy drama series The Magicians will be ending with its current fifth season. The season finale, which is set to air on April 1st, will also serve as the series finale.

In a statement announcing the cancellation, Syfy thanked the show’s cast, crew, writers and directors for their “beautiful creation” and gave a special shout-out to executive producers John McNamara, Sera Gamble, Henry Alonso Myers, and Lev Grossman. Syfy also expressed its gratitude to the show’s passionate fans that have supported the series since the very beginning. “Because of you, magic will be in our hearts forever,” reads a portion of the statement.

While Syfy didn’t give any explanation behind the cancellation, McNamara and Gamble revealed in an interview with TV Insider that Syfy ultimately pulled the plug on the series due to financials.

“It played out kind of the way it’s played out almost every season. With the exception of Season 4 into Season 5, we never knew whether or not we’re going to get picked up,” McNamara said. “It was always a discussion—never really about the creative—about the financials and you always know, with any show, that there’s this kind of fine line between what it brings in and what it costs.”

The Magicians has seen a decline in its viewership since its third season, but despite that — just like with any other series that gets picked up — salaries of the cast and creators went up. And because The Magicians isn’t exactly a series that makes money through merchandise, its cancellation is somehow expected.

“As the creators of the show, we understand that,” Gamble said. “We had the sense going into this season that Syfy, in particular as our first platform, was kind of hitting the point of ‘The cup is full and there’s no more room.’”

Though a potential sixth season of The Magicians would cost more, the producers still reached out to different networks and streaming services, hoping to find a new home for the series.“[But] none of them seemed in the end like a perfect financial or creative fit,” McNamara said. “And so we reluctantly just decided, ‘Well at least we have this season finale that was crafted to also be a series finale.’ It was kind of always going to pull double duty.”

An adaptation of Lev Grossman’s trilogy of novels — The Magicians, The Magician King, and The Magician’s Land — the series follows the adventure of a group of college-age students who attend a secret college for magicians after discovering that magic is real. Debuted in December 2015, it stars Jason Ralph, Stella Maeve, Olivia Taylor Dudley, Hale Appleman, Arjun Gupta, Summer Bishil, and Rick Worthy, among many others.