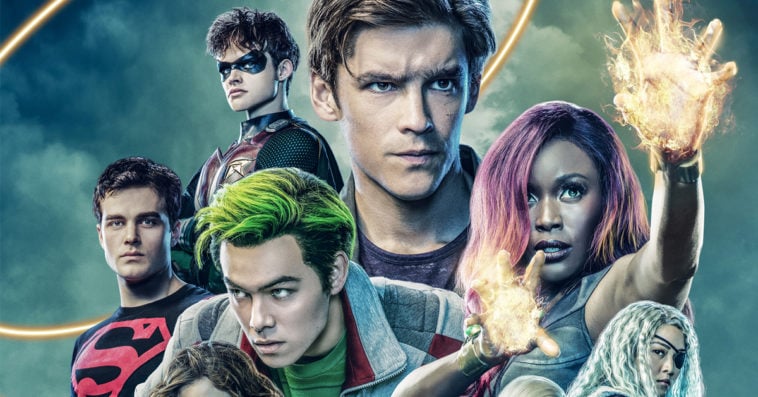 The Titans will be meeting some familiar faces when they move from San Francisco to Gotham in season 3 of the eponymous DC Universe series.

During the show’s virtual panel at DC FanDome: Hall of Heroes on Saturday, WB and DC announced that “circumstances [will] draw our heroes to Gotham City” in season 3 “where they will reunite with old friends and face new threats.”

One of those old friends is Jason Todd (Curran Walters), who is set to drop the Robin mantle to don the identity of Red Hood. Last seen watching the Titans from afar while Donna Troy’s (Conor Leslie) body was being transferred to Themyscira, Todd ― who had a huge falling out with the gang at the end of season 2 ― will use this new persona “in his obsession to take down his old team.”

Also set to be introduced next season is Dr. Jonathan Crane. Better known by his moniker Scarecrow, Dr. Crane will surface as an inmate at Arkham Asylum, who is working as a kind of Hannibal Lecter-esque consultant for the Gotham City Police Department.

In addition to Dr. Crane, viewers will also meet former Batgirl, Barbara Gordon, who is now commissioner of the Gotham City Police Department. Though she used to have a thing with Dick Grayson (Brenton Thwaites), Barbara ― Jim Gordon daughter ― will be wary of the Titans’ presence in her city.

“We’ve got the second (generation) coming up,” said executive producer Greg Walker during the panel. “There was originally Batman (Iain Glen) and Jim Gordon, and now we have Nightwing and Barbara Gordon trying to kind of deal with the mistakes of their parents and it turns out to be a lot more difficult than anybody thought.”

Neither Dr. Crane nor Barbara have been cast yet.

Titans season 3 doesn’t have a release date yet, but DC chief content officer Jim Lee recently said in an interview that the show, along with all the remaining DC Universe TV series, is “migrating to HBO Max.”