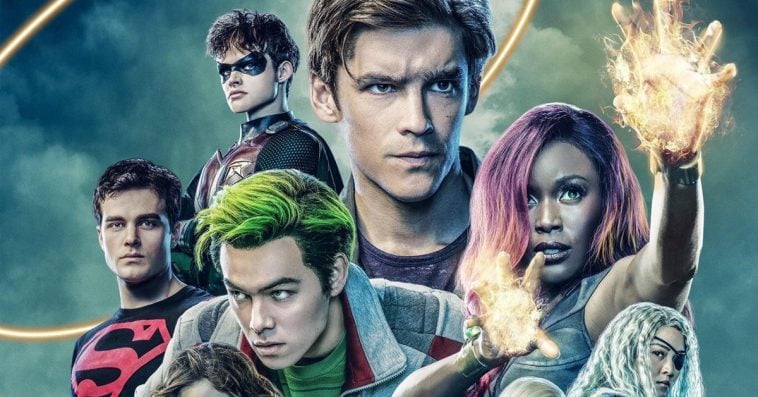 Titans is just getting started.

DC Universe and Warner Bros. Television announced on Monday that the superhero series was renewed for a third season ahead of the finale of its 13-episode sophomore run.

Though the episode count and the exact release date for Season 3 are yet to be revealed, it was confirmed that the new season will arrive on DC Universe in the fall of 2020.

Developed by Akiva Goldsman, Geoff Johns, and Greg Berlanti, based on characters from DC, Titans was the first scripted series to launch on DC Universe. It stars Brenton Thwaites as Dick Grayson/Nightwing, Teagan Croft as Rachel Roth/Raven, Anna Diop as Kory Anders/Starfire, Ryan Potter as Gar Logan/Beast Boy, Alan Ritchson as Hank Hall/Hawk, Minka Kelly as Dawn Granger/Dove, Conor Leslie as Donna Troy/Wonder Girl, and Curran Walters as Jason Todd/Robin, among many others.

In the ongoing second season, the heroes are learning to work as a team while facing off against the deadly assassin Deathstroke (Esai Morales). In last Friday’s episode, Dick remained miserable behind bars; Cadmus kidnapped Gar and Connor Kent/Superboy (Joshua Orpin); and Rachel was seemingly losing control of her powers. Though things are currently looking bad for the heroes, showrunner Greg Walker teased to Entertainment Weekly in August that fans are getting a comic book-y ending for Season 2.

“This season, we allowed ourselves really to be a comic book show in the finale,” Walker said. “We work the edges of what you can do in the genre in the season — in the kind of grounded, emotional, psychological territory — and now we’re back. It’s more of a celebration of what Titans can be. I hope/feel it is earned. That’s my goal.”

With new episodes available every Friday on DC Universe, Titans’ Season 2 finale is set to be released on November 29th.