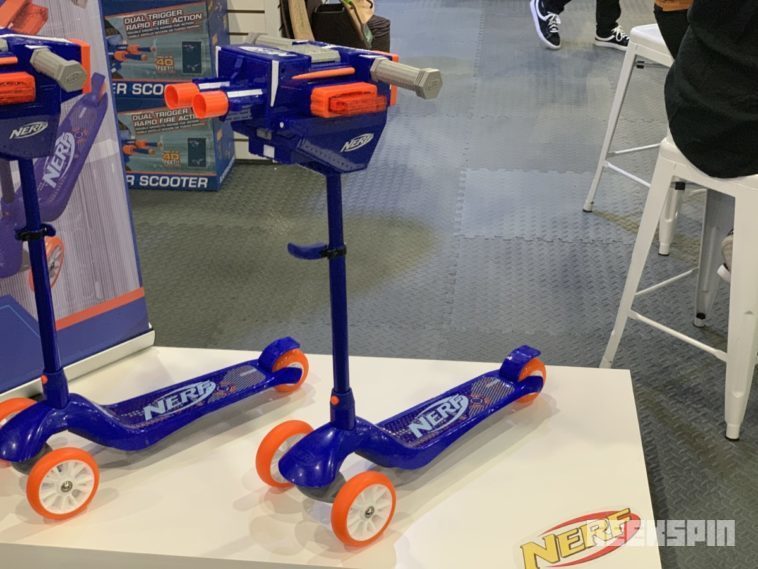 The Nerf Blaster Scooter is a kick scooter with a Nerf blaster mounted on top of its handlebar. It features easy dual fire triggers, dual barrel blaster, and can shoot Nerf darts up to 40 feet. The two-in-one ride-on toy, which comes with 2 clips and 12 darts, uses a standard Nerf clip, so most clips from other Nerf blasters are compatible with it. 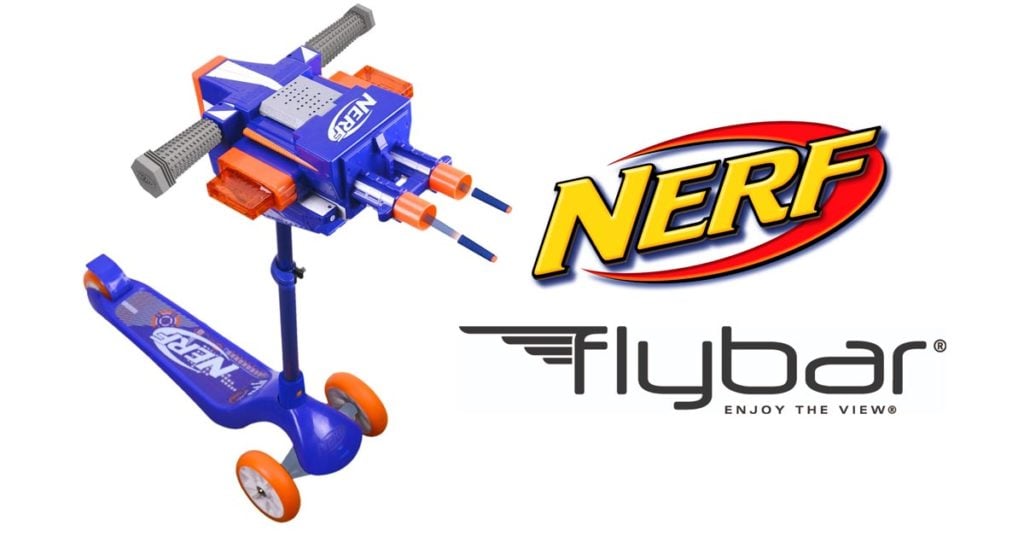 For easy jam clearing, the Nerf Blaster Scooter has an access door to the interior of the blaster. Though the scooter only comes in one size, its steering column can be extended or shortened depending on the rider’s height. The steel-framed scooter also features large steering wheels, shock-absorbing rubber grips, easy step brake, and a textured molded surface deck to ensure the rider’s safety.

The Nerf Blaster Scooter, which is currently on display at the 2019 New York Toy Fair at the Jacob K. Javits Convention Center, is now available for $129.99 on the Flybar website.