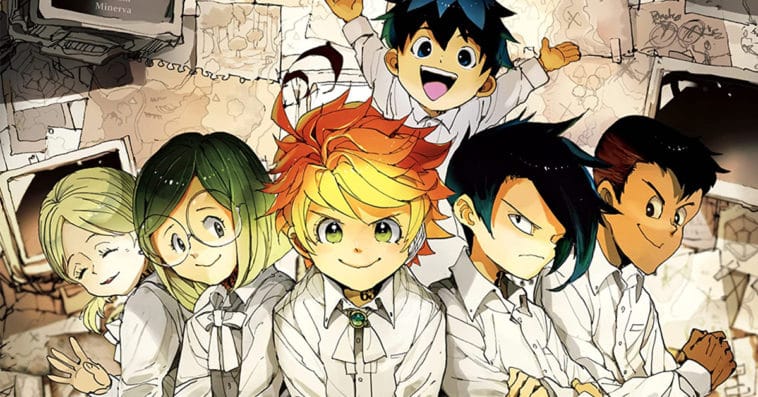 A live-action series adaptation of the Japanese manga The Promised Neverland is being developed for Amazon.

Amazon Studios and Fox 21 are producing the English-language adaptation, which will be helmed by Spider-Man: Into the Spider-Verse writer and director Rodney Rothman. Rothman will also exec produce the series with Heroes star Masi Oka as well as Roy Lee and Miri Yoon of Vertigo Entertainment. The pilot for the adaptation will be written by Spider-Man: Into the Spider-Verse production consultant Meghan Malloy.

Based on the popular title by Kaiu Shirai and illustrator Posuka Demizu, the series centers on a group of the brightest kids at a seemingly idyllic orphanage called Grace Field House. Led by an 11-year-old orphan named Emma, the group discovers the institution’s darkest secret when they break a rule to never leave the orphanage grounds after one of their fellow orphans is sent away to be adopted. Once the hideous truth is revealed, the group starts working on an escape plan to save themselves and all the other the children in the orphanage.

The Promised Neverland marks the latest adaptation of a Japanese manga series from Oka, who notably produced a live-action movie based on the popular manga Death Note for Netflix. In 2019, it was reported that Oka was also developing the CBS time-travel drama Repeat, based on a manga by Kurumi Inui.

The Promised Neverland manga, which has sold more than 20 million copies worldwide, has been serialized in Weekly Shonen Jump magazine published by Shueisha. It has also been adapted into an anime series in Japan. The first season ran from January to March 2019, and the second season is set to premiere in January 2021. A Japanese live-action film adaptation of the manga is also in the works.