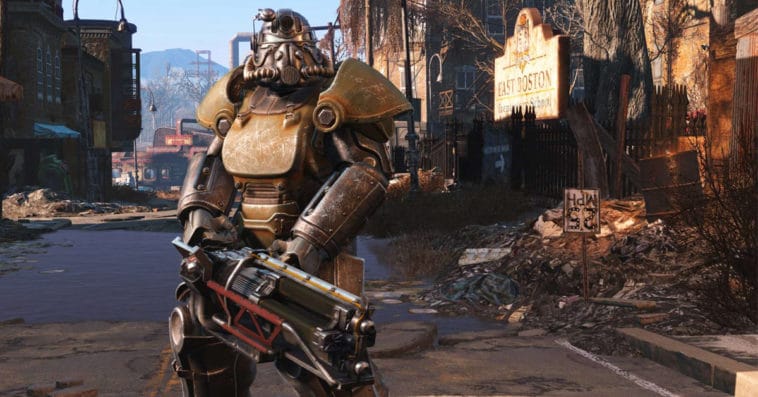 A live-action TV adaptation of the popular video game Fallout is in the works at Amazon.

The project, which is currently in development with a series commitment, is being brought to the small screen by Westworld creators Jonathan Nolan and Lisa Joy as well as production company Kilter Films. Though details about the TV series are scarce, both Nolan and Joy are clearly thrilled to be working on the project.

“Fallout is one of the greatest game series of all time. Each chapter of this insanely imaginative story has cost us countless hours we could have spent with family and friends. So we’re incredibly excited to partner with Todd Howard and the rest of the brilliant lunatics at Bethesda to bring this massive, subversive, and darkly funny universe to life with Amazon Studios,” said Nolan and Joy.

For his part, Howard, executive producer at Bethesda Game Studios, revealed that the video game company is confident right from the start that Nolan and Joy will be able to create an incredible series based on Fallout. “Over the last decade, we looked at many ways to bring Fallout to the screen. But it was clear from the moment I first spoke with Jonah and Lisa a few years ago, that they and the team at Kilter were the ones to do it right,” said Howard. “We’re enormous fans of their work and couldn’t be more excited to work with them and Amazon Studios.”

As expected, a lot of Fallout fans are excited about the TV series, with many of them saying that it’s the best news they’ve heard in a long time.

The announcement of a #Fallout series coming to Amazon is probably the best news I’ve ever heard… I stand corrected, my son just asked, “Isn’t me being born the best news you’ve ever heard?” I answered, “Yes son, it is.” (Wink-wink) pic.twitter.com/DOLqHvAxBe

Literally crying. This is a sign that I’ve not had much good news this year 🤦🏻‍♀️😂 https://t.co/eIliclsrmY

Fallout played a huge part in getting me hooked on gaming. Can’t wait to see what a show will be like https://t.co/SkcFUCupjw

While only a few live-action adaptations of video games turned out great in recent years, some fans feel that the Fallout franchise is in good hands, given all the critically acclaimed movies and TV series under Nolan and Joy’s belt.

A Fallout TV show done by the creators of Westworld sounds dope as fuck, I just hope they get the atmosphere right https://t.co/2pbm2qV1Yu

Hyped doesnt even begin to explain what I am right now.#Fallout

Some fans, however, aren’t expecting too much from the series, doubting if the TV series will ever dig deep into the anti-capitalist themes heavily featured in the video game series.

This will either be really good or really bad

The thing with Fallout is:

You can absolutely turn it into a TV series, especially now.

…BUT AS IF ***AMAZON*** WOULD FUND EFFECTIVE ANTI-CAPITALIST SATIRE.

Anyway the new Fallout show is being funded by Amazon and https://t.co/GozV0rNP5K

Also, a number of fans are disappointed with Bethesda Game Studios for seemingly not knowing what fans really want.

We just want a game with writing like New Vegas again pic.twitter.com/84G7AijFuM

I don't want a Fallout television series. I want a good Fallout game.

For those who are not familiar, events in the Fallout video game series take place during the 22nd and 23rd centuries in an atompunk retro-futuristic setting with artworks influenced by the post-war culture of 1950s United States. It displays the harshness of a wasteland set against the previous generation’s utopian idea of a better world through nuclear energy. Though serious and harsh in tone, the video game series is sprinkled with moments of ironic humor and B-movie-nuclear-fantasies.

In addition to Nolan and Joy, the Fallout TV series will also be exec produced by Athena Wickham for Kilter Films, Howard for Bethesda Game Studios, and James Altman for Bethesda Softworks.