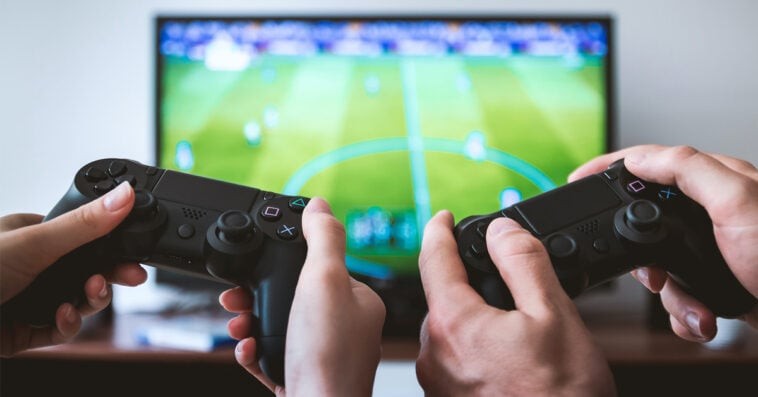 The increasing number of video game genres proves that gamers have different notions of what is and isn’t fun to play. Americans, for instance, are huge fans of Elden Ring, LEGO Star Wars: The Skywalker, and Nintendo Switch Sports, among many others. But have you ever wondered what are the most loved video games on the other side of the Atlantic?

Ebuyer, the largest independent electrical retailer in the United Kingdom, conducted a study to determine the most loved video games in Europe. After comparing Linkfluence data of the last 12 months for 26 European countries with the 31 popular video games based on YouGov data, Ebuyer came up with the below list of the most favorite video games across Europe.

Call of Duty: Black Ops II is the most popular video game in the U.K., Austria, Denmark, and Lithuania. With a positive sentiment average of roughly 73%, the 2012 first-person shooting shooter video game has received a lot of praise for its map design and weapons. Gamers also love its fast-paced multiplayer mode as well as its choice-driven single-player campaigns that are packed with twists and turns.

“The graphics and features in games such as Call of Duty: Black Ops II are incredibly fascinating and ahead of their time, so it is not surprising to see that people across Europe love these games so much!” Courtney Williamson, Marketing Manager at Ebuyer commented on the study.

Developed by Treyarch and published by Activision, Black Ops II follows up the story of 2010’s Call of Duty: Black Ops and is set in two different time periods: the late 1980s and 2025. In the 1980s, the player switches control between Alex Mason and Frank Woods, two of the protagonists from Black Ops, while in 2025, the player assumes control of Mason’s son, David (codenamed “Section”). Both time periods involve the characters pursuing Raul Menendez, a Nicaraguan cartel leader, who is responsible for kidnapping Woods in the 80s and later sparking a second Cold War in 2025.

Released in 2019, Call of Duty: Modern Warfare is the most favorite video game in Estonia, Ireland, and Portugal, with a positive sentiment average of roughly 65%. Regarded by many as the best among all Call of Duty video games based in the modern day, Modern Warfare has been commended for its phenomenal campaign that delivers a gritty realism and fan-favorite characters that longtime fans have already grown attached to.

The game campaign follows a CIA officer and British SAS forces as they join forces with rebels from the fictional country of Urzikstan, combating together against Russian Armed Forces who have invaded the country and the terrorist group Al-Qatala.

Dropped in 2020, Animal Crossing: New Horizons became an instant hit during the onset of the COVID-19 pandemic – a time when a lot of people were stuck inside their homes. Though most parts of the world have already learned to live with the virus, much of the player base of New Horizons has stuck around, especially in Belgium and Hungary where it remains the most beloved video game. With a positive sentiment value of over 50%, the game has gained positive feedback for its relaxed and slow-paced nature.

In New Horizons, the player controls a character who moves to a deserted island after purchasing a getaway package, accomplishes assigned tasks, and develops the island as they choose. The player can gather and craft items, customize the island, and develop it into a community of anthropomorphic animals.

Assassins Creed II remains the go-to game of Finland and Latvia, which gave it a positive sentiment score of well over 50%. The 2009 action-adventure game has been applauded for its brilliantly crafted single-player storyline and its incredibly accurate recreations of cities from 15th century Italy.

Developed by Ubisoft Montréal and published by Ubisoft, the game follows the millennia-old struggle between the Assassins, who fight to preserve peace and free will, and the Templars, who desire peace through control. The game’s framing story is set in the 21st century and follows Desmond Miles as he relives the genetic memories of his ancestor, Ezio Auditore da Firenze, to uncover the mysteries left behind by an ancient race known as the First Civilization in the hope of ending the Assassin-Templar conflict.

2013’s Grand Theft Auto V is the most beloved video game in Bulgaria and the Czech Republic, with positive sentiment scores of 44% and 25% respectively. Aside from the fun that comes with freely exploring the crime-ridden world of the game, players also love Grand Theft Auto V’s single-player experience of being in charge of 3 budding criminals.

Set within the fictional state of San Andreas, based in Southern California, the single-player story follows three protagonists—retired bank robber Michael De Santa, street gangster Franklin Clinton, and drug dealer and gunrunner Trevor Philips—and their attempts to commit heists while under pressure from a corrupt government agency and powerful criminals.

Not all LEGO video games became a hit in Europe, but LEGO Star Wars: The Skywalker Saga is definitely a huge success in the continent, especially in Germany and Malta, with both countries giving it a positive sentiment score of roughly 50%.

Released in 2022, the game adapts all nine entries in the Skywalker Saga series of films. In addition to its hilarious physical comedy, the game has also received generally favorable reviews from players and critics alike for its graphic and level design.

Minecraft is undoubtedly one of the most beloved video games in the world. But in Europe, Spain and Romania are its biggest fans. The game has a positive sentiment score of between 25% and 30% from both countries.

Fully released in 2011, Minecraft is a sandbox video game, in which players explore a blocky, generated 3D world with virtually infinite terrain. Depending on the game mode, players can fight hostile mobs and team up with or compete against other players in the same world. In survival mode, players must acquire resources to build in the world and maintain health, while in creative mode, players have unlimited resources and access to flight. There is also a wide variety of user-generated content, such as modifications, servers, skins, texture packs, and custom maps, which add new game mechanics and possibilities.

Released in 1999 in Europe, Pokémon Red, along with Pokémon Blue, is the first installment of the widely successful Pokémon video game series. Made for the first Game Boy, Pokémon Red is still the most favorite video game in Italy and the Netherlands, which both gave the game a positive sentiment score of 30%-35%.

In Pokémon Red, the player controls the protagonist from an overhead perspective and navigates him throughout the fictional region of Kanto in a quest to master Pokémon battling. The objective of the game is to become the champion of the Indigo League by defeating the eight Gym Leaders and then the Elite Four, who are the top four Pokémon trainers in the land. Another objective is to complete the Pokédex by catching the 151 available Pokémon in the game.

Originally released in 2015, Rocket League remains the most favorite video game in France and Sweden, with both countries giving it a positive sentiment score of 40%-45%.

Described as “soccer, but with rocket-powered cars,” Rocket League has up to eight players assigned to each of the two teams, using rocket-powered vehicles to hit a ball into their opponent’s goal and score points over the course of a match. The game includes single-player and multiplayer modes that can be played both locally and online.

Most loved by Luxembourg with a positive sentiment score of 47%, FIFA 2022 is the latest installment in the series of FIFA video games. Boasting crystal-clear graphics, the video game lets gamers play with the latest football teams and clubs.

But in response to the 2022 Russian invasion of Ukraine, publisher Electronics Arts removed Russian national teams from all versions of its football video games and made Russian and Belarusian players ineligible for FIFA 22.

While some gamers might argue that Final Fantasy VII is way better than Final Fantasy VI, gamers in Cyprus think that the latter is still the game to beat, giving it a positive sentiment score of 75%.

Originally released in 1994, Final Fantasy VI is set in a world with technology resembling the Second Industrial Revolution. With an expanding cast that includes 14 permanent playable characters, the game’s story deals with the following themes: rebellion against an immoral military dictatorship, a pursuit of a magical arms race, use of chemical weapons in warfare, and depictions of violent and apocalyptic confrontations. It also tells personal redemption arcs, teenage pregnancy, and the renewal of hope and life itself.

There have been lots of Halo video games that came after Halo: Reach, but it remains popular across Europe, particularly in Poland, whose gamers gave it a positive sentiment value of 26%. In addition to having one of the best Halo campaigns ever, Halo: Reach has also been praised for its Forge mode, which is considered by many as the gold standard in how to give players the freedom and tools to make their own fun.

Set in the year 2552, when humanity is locked in a war with the alien Covenant, Halo: Reach lets players control Noble Six, a member of an elite supersoldier squad, when the human world known as Reach falls under Covenant attack.

Though its graphics, story, and gameplay are not on par with just about every other game, RuneScape remains a fan favorite in Europe, especially in Croatia, where it received a 56% positive sentiment score from gamers.

First dropped in 2001, RuneScape takes place in the world of Gielinor, a medieval fantasy realm divided into different kingdoms, regions, and cities. Players can travel throughout Gielinor through different methods including on foot, magical spells, or charter ships. Each region offers different types of monsters, resources, and quests to challenge players.

First released in Europe in 1987, Super Mario Bros. is still the most loved video game in Greece, where it received a positive sentiment score of 52% from the country’s gamers.

Frequently cited as one of the greatest video games of all time, with praise for its precise controls, Super Mario Bros. lets players control Mario or his brother Luigi, as they traverse the Mushroom Kingdom to rescue Princess Toadstool from King Koopa, a.k.a. Bowser. They traverse side-scrolling stages while avoiding hazards such as enemies and pits with the aid of power-ups such as the Super Mushroom, Fire Flower, and Starman.