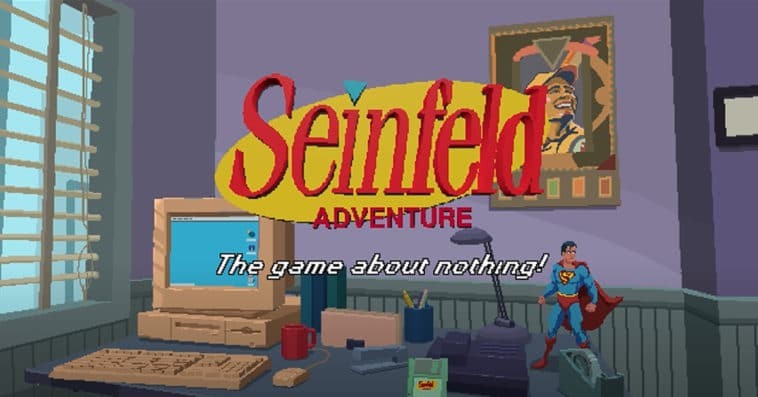 A Seinfeld video game may soon become a reality.

Game developer Jacob Janerka and animator Ivan Dixon are working on a point-and-click adventure game based on the beloved ‘90s sitcom created by Larry David and Jerry Seinfeld. But instead of reaching out directly to Sony Pictures Television for an official contract that will provide them with the rights to create the game based on the IP, the duo has decided to first pitch the game to the Internet to see if there’s a demand for it.

“We want to do this the official way. However, we believe that pitching to the Internet will show the demand for such a game, which will provide a better chance of this becoming a thing than us just sending a cold email. We want our email to be warm, if that makes any sense,” the pair said in the “unofficial pitch” website for the game.

Titled Seinfeld Adventure: The Game About Nothing, the project won’t be a fan service game that will just repeat jokes or plots that fans are already familiar with. Instead, each episode will tell a brand-new story revolving around the Seinfeld characters, all while remaining faithful to the tone and themes of the show.

Each installment will run for about 30 minutes and will take place over three separate acts. In each act, players will be allowed to assume the role of Jerry Seinfeld (Jerry Seinfeld), George Costanza (Jason Alexander) or Elaine Benes (Julia Louis-Dreyfus) as their stories interweave and overlap with one another, just like in the show. Cosmo Kramer (Michael Richards) will also be present in the game, but not as a playable character, as “no one can control Kramer.” Like Cosmo, his partner-in-crime Newman (Wayne Knight) will also be a non-playable character.

Janerka and Dixon have already brainstormed countless episode ideas, but if they would be given the opportunity to move forward, they said that the game’s first episode will be called The Email. The debut installment will find Jerry trying to break up with a publicist he is dating after she accidentally reveals his email address to Kenny Bania (Stephen Arthur Hytner).

If Janerka and Dixon get the rights cleared, the duo said that they would hire a team to make the game and would either fund the project through the rights holders themselves, through Kickstarter, through a partnership with a publisher, or a combination of all three.