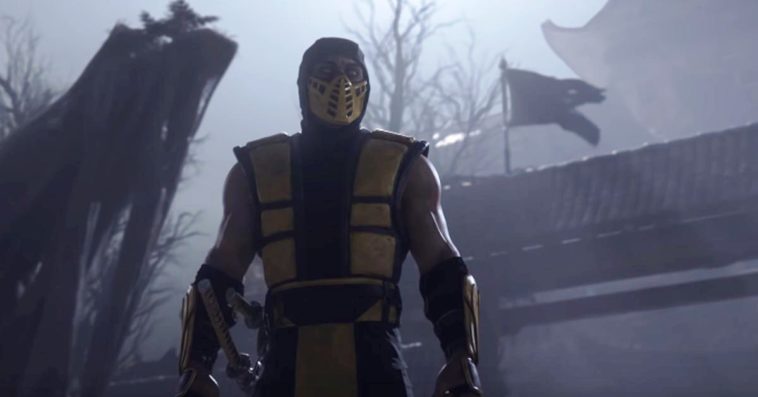 Fans have to wait for at least four more months before the release of Mortal Kombat 11.

The trailer for Mortal Kombat 11, which debuted at the 2018 Game Awards last Friday, reveals that the highly anticipated next installment of the popular video game will be launched worldwide on April 23rd, 2019, with a community reveal event scheduled on January 17th.

The two-minute video dissonantly opens at a ravaged courtyard spoiled with broken statues and dead bodies. The wretched mood of the place becomes even bleaker when Raiden and Scorpion show up out of nowhere and start attacking each other. The gruesome and bloody fight ends with Raiden getting the upper hand by finishing off Scorpion by making his head explode. But much to the thunder god’s surprise, a classic-looking Scorpion appears on the battleground and rips Raiden to shreds.

The trailer then cuts to a mysterious bald female character standing beside a giant reverse-flowing hourglass, hinting at the possibility that gamers are going to witness more time-bending tricks in the new installment.

At the end of the video, it is revealed that fans who will pre-order the game will have access to Shao Khan as a playable bonus character and to the beta testing phase of the game. The beta access, however, will only be available on PlayStation 4 and Xbox One starting in March 2019. Pre-order on console or PC has started since December 7th.

Aside from new playable characters and a graphics engine that brings gamers close to the fight, Mortal Kombat 11 also introduces the all-new Custom Character Variations feature. “Our Custom Character Variation System opens up an infinite amount of options for players to personalize their favorite fighters,” said Ed Boon, creative director of NetherRealm Studios, which developed the game. “We can’t wait until January when we’ll be showing more of the game.”