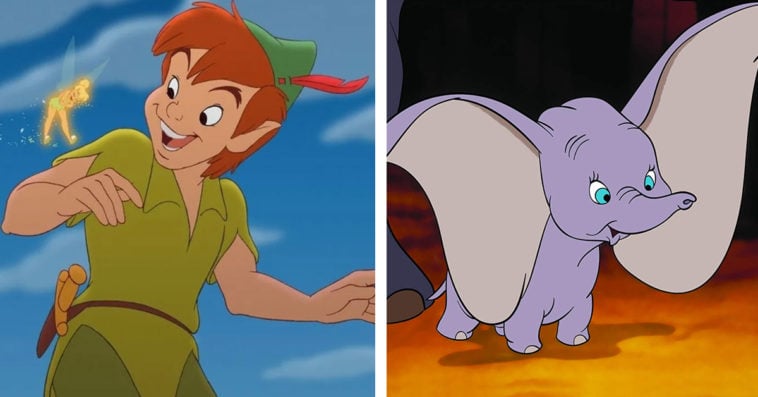 Disney+ has started to flag some of its older movies for racial stereotyping with new content warnings.

Among the titles that recently got this update are 1940’s Fantasia, 1941’s Dumbo, 1953’s Peter Pan, 1955’s Lady and the Tramp, 1960’s Swiss Family Robinson, and 1970’s The Aristocats. When a user clicks on one of these flagged films, an unskippable warning graphic runs for about 10 seconds before the movie starts playing. The full text reads:

“This program includes negative depictions and/or mistreatment of people or cultures. These stereotypes were wrong then and are wrong now. Rather than remove this content, we want to acknowledge its harmful impact, learn from it and spark conversation to create a more inclusive future together. Disney is committed to creating stories with inspirational and aspirational themes that reflect the rich diversity of the human experience around the globe. To learn more about how stories have impacted society, please visit www.disney.com/StoriesMatter.”

For some flagged films, Disney+’s new disclaimer offers specific instances of racist depictions. For instance, in the content warning for The Aristocats, Disney points out that Shon Gon, one of the Alley Cats in the movie, is a harmful Asian stereotype:

“The cat is depicted as a racist caricature of East Asian peoples with exaggerated stereotypical traits such as slanted eyes and buck teeth. He sings in poorly accented English voiced by a white actor and plays the piano with chopsticks. This portrayal reinforces the ‘perpetual foreigner’ stereotype, while the film also features lyrics that mock the Chinese language and culture such as ‘Shanghai, Hong Kong, Egg Foo Young. Fortune cookie always wrong.’”

This isn’t the first time Disney+ has added content warnings to some of its films, but this is the first time the streamer has placed one at the start of the movies. Last year, Disney+ simply included warnings in the content descriptions of some of its older films.

Disney+’s new content warnings come after rival streaming platform HBO Max added a disclaimer at the start of its film Gone with the Wind this past summer. HBO Max pulled the 1939 film from its library in June, but later reinstated it with a notice that the film “denies the horrors of slavery.”